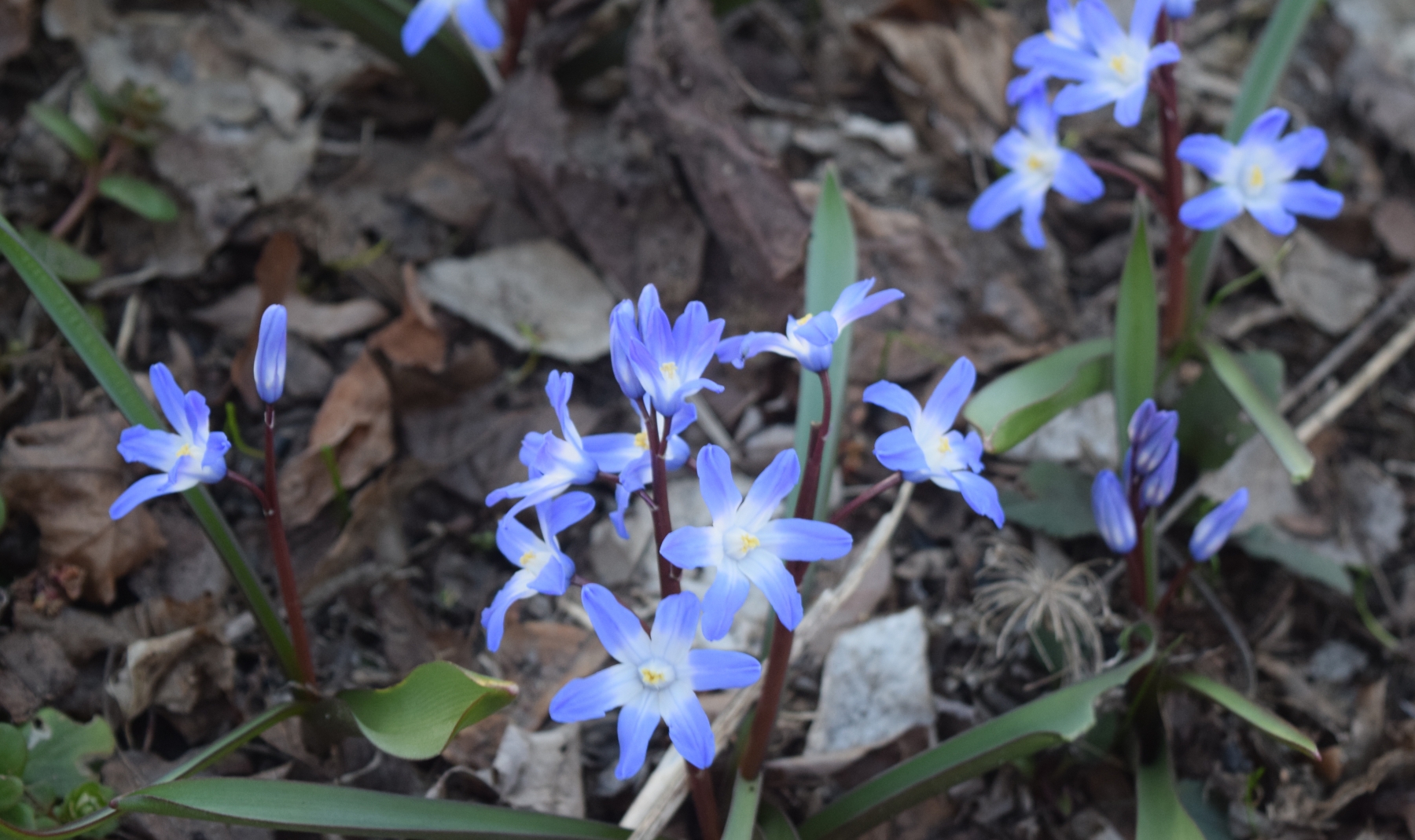 Posted on April 2, 2021 by gardeninacity

When we put in the new driveway the narrow strip of lawn bordering the Left Bank Bed became even narrower. So naturally, I decided to dig it up. The new garden space was filled, among other things, with Glory-of-the-Snow (Scilla forbesii, formerly Chionodoxa forbesii).

This is the planting’s second year, and I am pleased with its progress. Not yet a solid mass of blue, but moving in the right direction.

Glory-of-the-Snow looks quite similar to Siberian Squill (S. sibirica), except that the flowers face upward and have a white eye. Both species are both resistant to rabbits and deer.

I first thought of trying them after seeing them in bloom at Lurie Garden.

Glory-of-the-Snow will naturalize, perhaps not as rampantly as Siberian Squill.