When we moved into our current house, the front foundation planting consisted of clipped Japanese Yews (Taxus cuspidata). One of the first things I did was cut down the Yews and replace them with a planting of Ostrich Ferns (Matteuccia struthiopteris) and various shade perennials.

The Ostrich Ferns begin emerging in early May.

By the middle of the month they are more substantial.

A problem with Ostrich Ferns is that they will totally take over any space – if you let them, which is not what I intended. My goal has been to keep  them behind the Bleeding Hearts (Lamprocapnos spectabilis). Digging the ferns out is a messy and rather strenuous job, so this year I’ve just been snapping off the unwanted fronds as they emerge.

Frond snapping is easier but requires considerable vigilance, as the Ostrich Ferns are not the type of plants to give up after a single try. 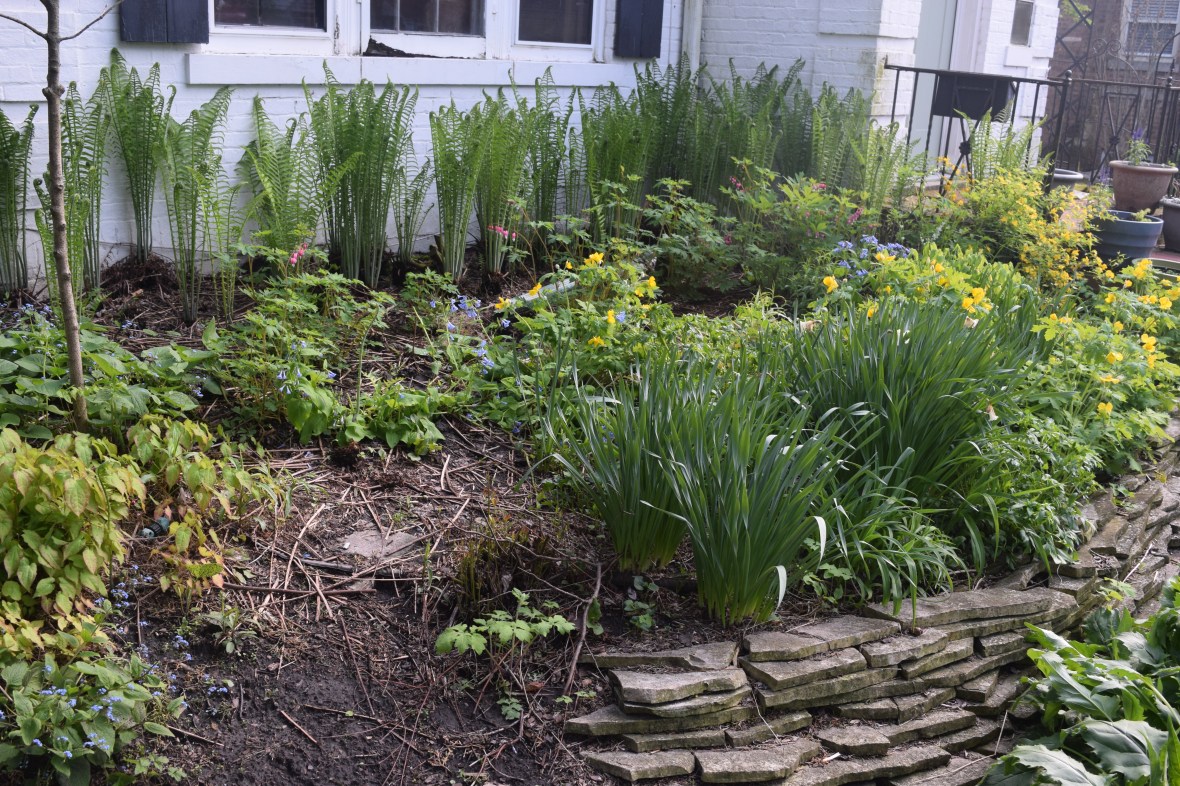 There’s a little path that starts here and lets me get into the area between the ferns and the perennials.

Side view of the Ostrich Ferns. By early summer they form a solid wall of green around 4′ high.

As you can see here in a summer photo that’s a couple of years old. 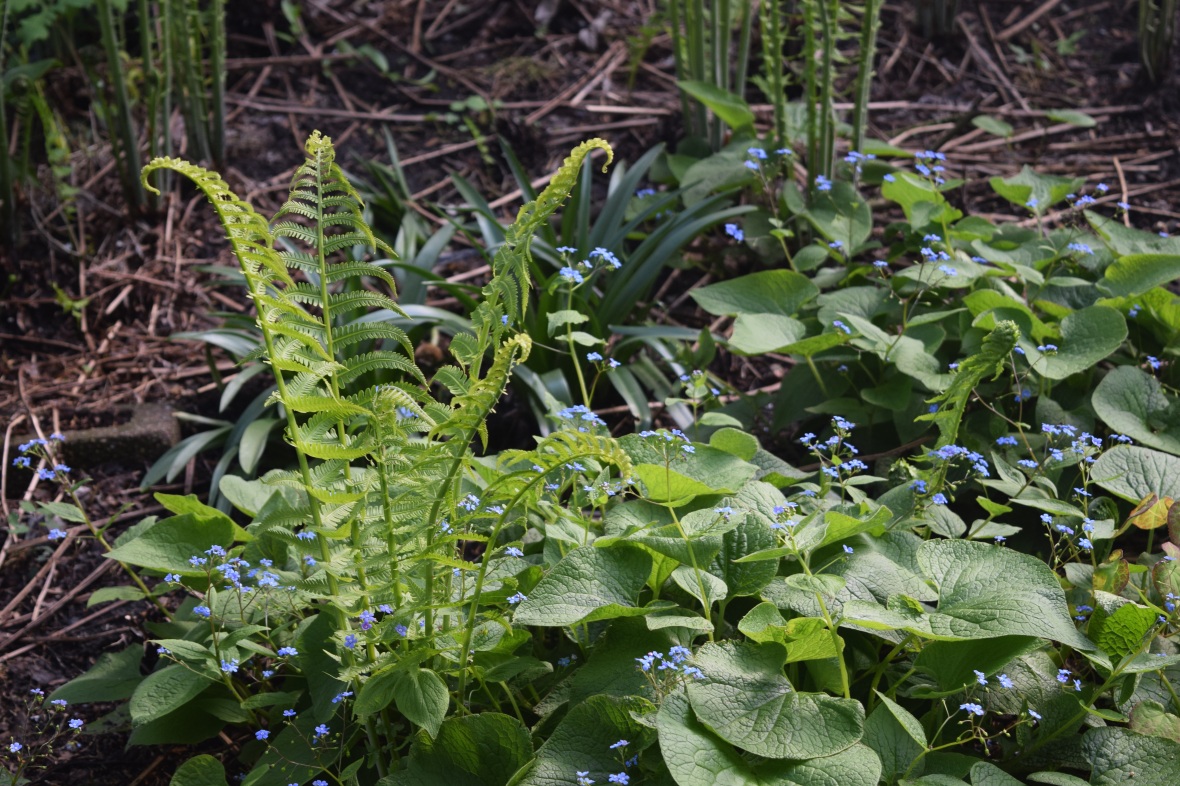 There are a couple of patches of Great Merrybells (Uvularia grandiflora). It makes a good groundcover after the flowers are done.

Of course, the biggest problem with a foundation planting of Ostrich Ferns is that it tends to die away in early fall and provides little interest through winter. I’m thinking now I should interplant the Ostrich Ferns with Palm Sedge (Carex muskingumensis), which could stand through winter and prevent the wall from being completely bare. What do you think?

53 Comments on “Adventures in Foundation Planting”