Keep Your Grubby Rabbit Paws Off My Virginia Bluebells 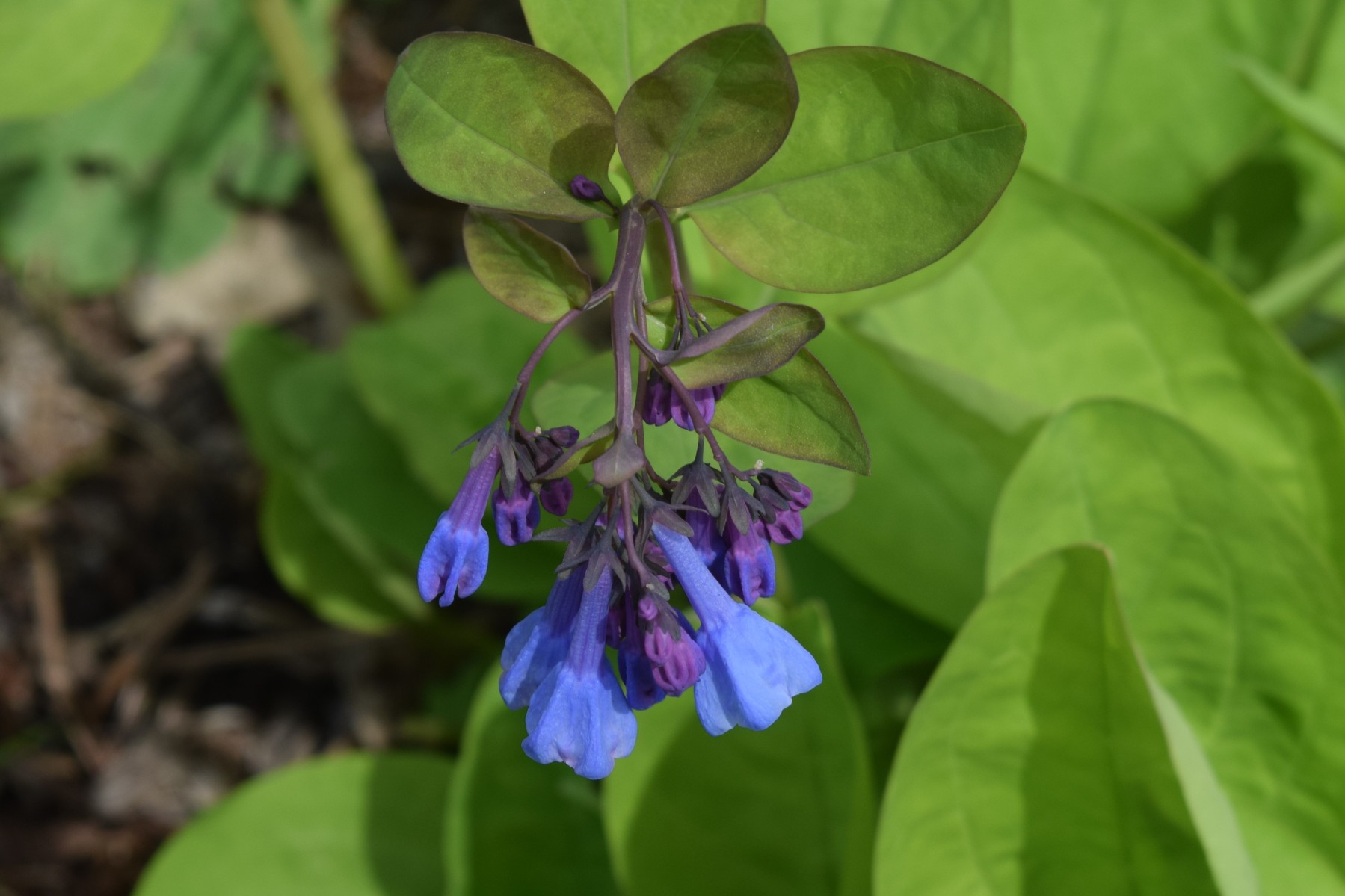 A couple of years ago the rabbits in our garden discovered that they had a yen for our Virginia Bluebells (Mertensia virginica). This was more than a little upsetting, as Virginia Bluebells are probably my favorite native spring ephemeral. 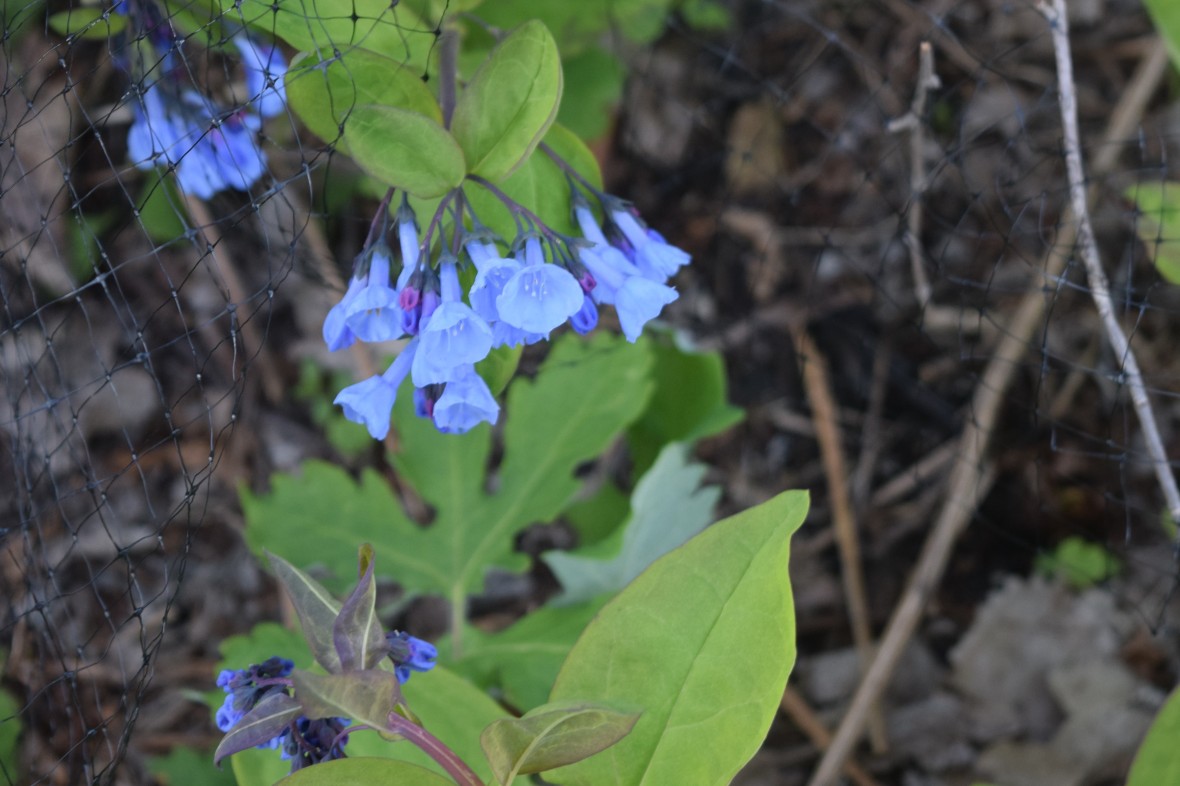 So I came up with a 2-part defensive strategy. The first part was plastic netting. I’m pleased to report that this strategy has been fairly successful, though applied too late to save many of this season’s Bluebell blooms. It’s curious, as rabbits certainly have the dental equipment to bite through the netting if they really want to. Let’s hope they don’t come to realize this.

It’s funny that I’ve never noticed much color variation among the Bluebell flowers. The buds, on the other hand, range from pink to purple to dark blue.

But given that the flowers are the clear blue of a perfect spring sky, why would you need variation? And the foliage, the newer leaves flushed with a bit of purple, look good enough to eat (but please don’t, as they are inedible).

The second part was not deployed until a couple of days ago, because it arrived pretty late. It’s a finished steel cat silhouette I got from a sign company called threesixtysteel.com. It should work on the same principle as scarecrows, at least I thought it was  worth a try.

It would be nice if the scarecat did away with the need for the netting, which doesn’t look that great. The netting isn’t perfect, especially as it tends to blow off the plants it is meant to protect. People have have suggested other methods of rabbit deterrence, but I find that either the smell is offensive or it needs to be reapplied after every rain.