The Shady Back Garden at the End of Summer

Posted on September 2, 2019 by gardeninacity

We seem to have begun the transition from summer to fall, which seems like a good time to take another look at the shady Back Garden.

The bed along the west hedge (that divides our yard from the neighbors’) no longer looks so empty after the ‘Purple Sensation’ Alliums (Allium aflatunense) go dormant. One reason is that I successfully transplanted some Brown-Eyed Susan (Rudbeckia triloba).

At the far end there are Purple-Flowering Raspberry (Rubus odoratus) and Goatsbeard (Aruncus dioicus), both of which keep their leaves throughout the growing season. There’s also American Spikenard (Aralia racemosa). While the Spikenard elsewhere defoliates by the end of August, for some reason in this bed it looks hale and hearty.

White Woodland Aster (Eurybia divaritica) has turned out to be a good plant for filling in after the Alliums go dormant. It’s also the first of my asters start blooming. Funny I never noticed before how the central discs vary in color. The flowers have a rather gap-toothed look, but I don’t mind.

‘Honorine Jobert’ Japanese Anemone (Anemone x hybrida) also helps to fill in after the Alliums retreat, though it is not yet ready to bloom.

The Back Island Raised Bed is also looking pleasingly full. I have tried so many plants in this bed unsuccessfully that I feel I ought to raise a memorial in their memory. 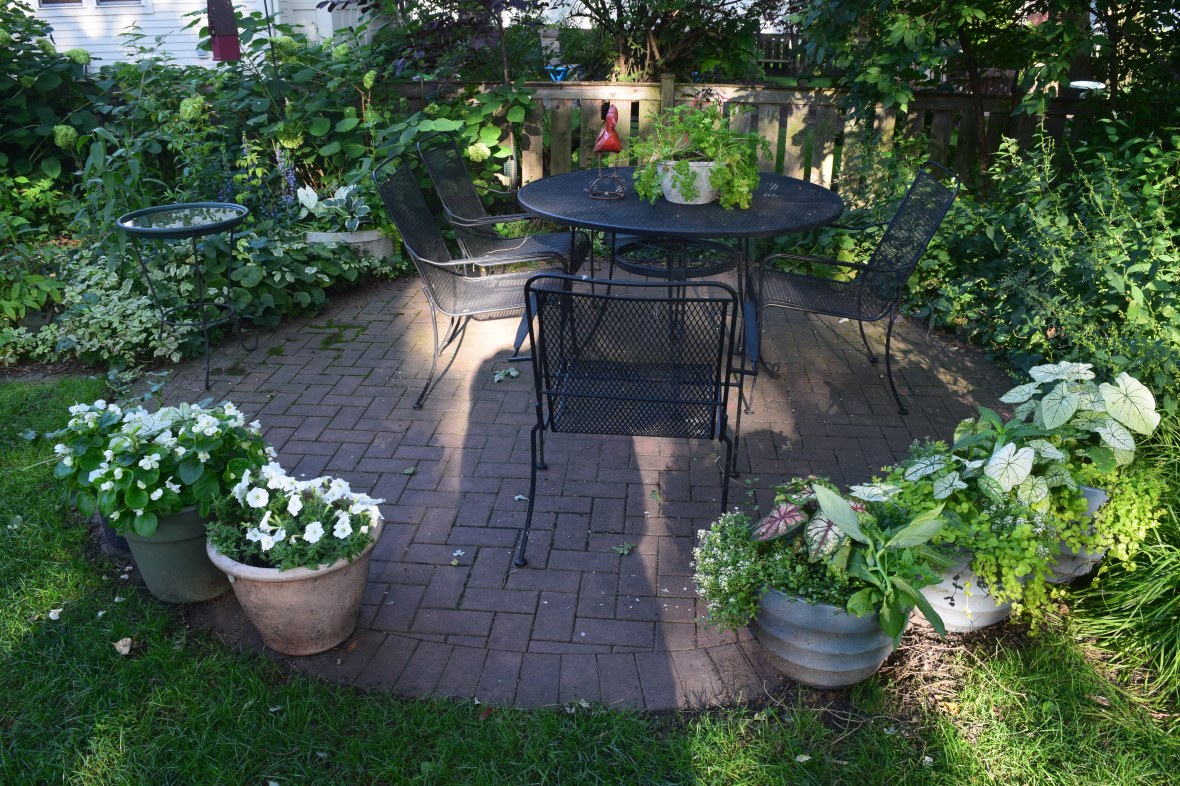 Between the patio and the fence, though, there’s an area that is still a problem. It is full of spring ephemerals, with few replacements for later in the season. I’ve planted some maindenhair ferns (Adiantum pedatum) that are still struggling to get established. For now I place some containers here and hope that no one looks too closely. 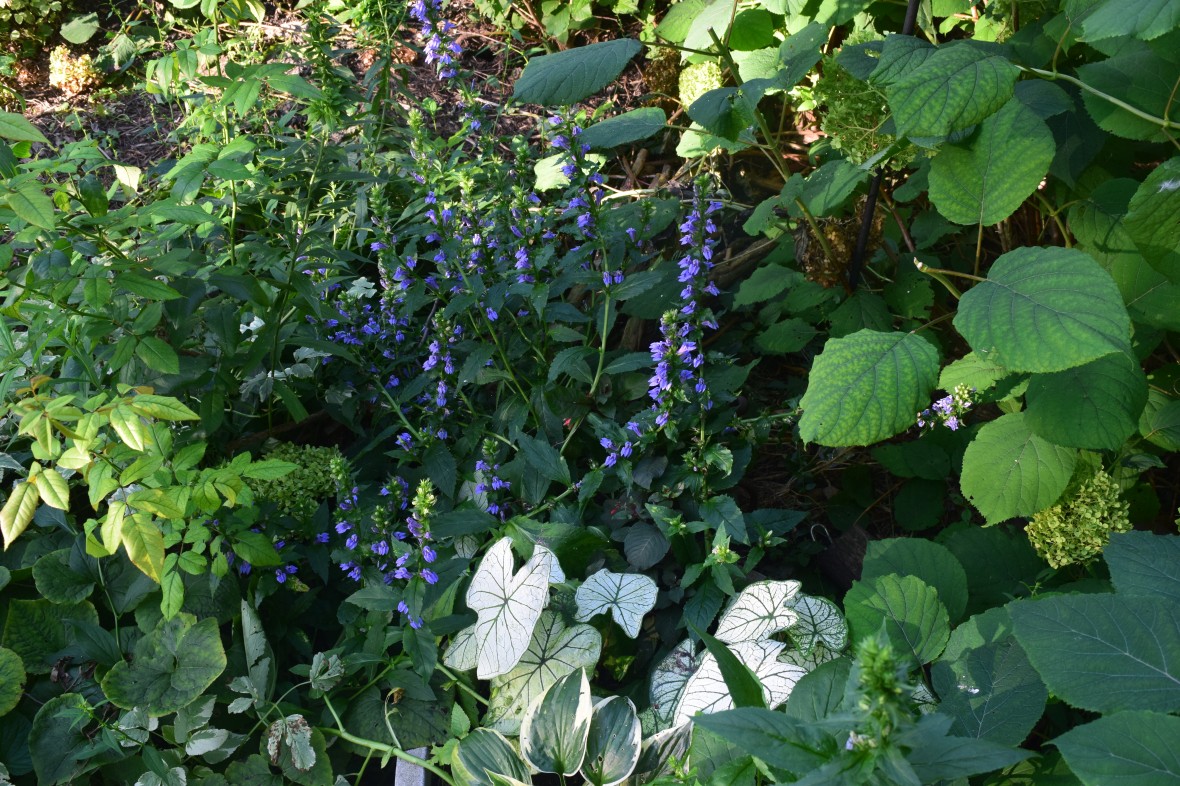 But here’s something interesting: Great Blue Lobelia (Lobelia siphilitica) can be successfully grown in containers. This one is in a container, though it’s almost impossible to tell. It’s also sprawling all over the place. I gave it absolutely no protection over the winter.

There’s more Blue Lobelia growing in the border along the back porch.

I like how it combines with the Bee Balm (Monarda didyma) and little bird fountain.

Generally speaking, the Caladiums have recovered from their difficult spring, particularly the variety ‘Celebration’, ensconced here in a pot on the back steps.

So overall the Back Garden is in satisfactory shape, with a few areas still needing improvement. And now we wait for the remaining Asters, the Goldenrods, and the turning leaves.

← More Butterflies in the Garden
Doubling Down on Tall Plants →