Rikugien was completed around 1700, commissioned by the son of a high-ranking official. Eventually, it was purchased by the family that owns Mitsubishi, then turned over to the public. This was our second visit to this garden, since we were here last August.

Rikugien covers 21 acres and is organized around a large pond containing a wooded island. The paths lead you through 88 miniaturized vignettes drawn from classical Chinese and Japanese poetry.

The stone composition on the left represents Horai Island, one of three imaginary islands where the immortals are supposed to live. The arched opening signifies the entrance to a cave.

I’m still not sure how I feel about gardens symbolically recreating some other place. On the one hand, it’s impossible to appreciate all the references if you’re not immersed in the culture.

But perhaps it isn’t so different from contemporary naturalistic gardens which, while planned and edited, are meant to represent natural woodlands and prairies. Even so, these Japanese gardens lean much farther towards the controlled end of the continuum of control to spontaneity. And they are created to invoke cultural references, not natural environments.

This is a digression, but I think the way these trees are pruned is quite beautiful. At the same time, they make me think of arthritic fingers.

This arrangement of stones suggesting a rocky shore seems random but is meticulously placed. 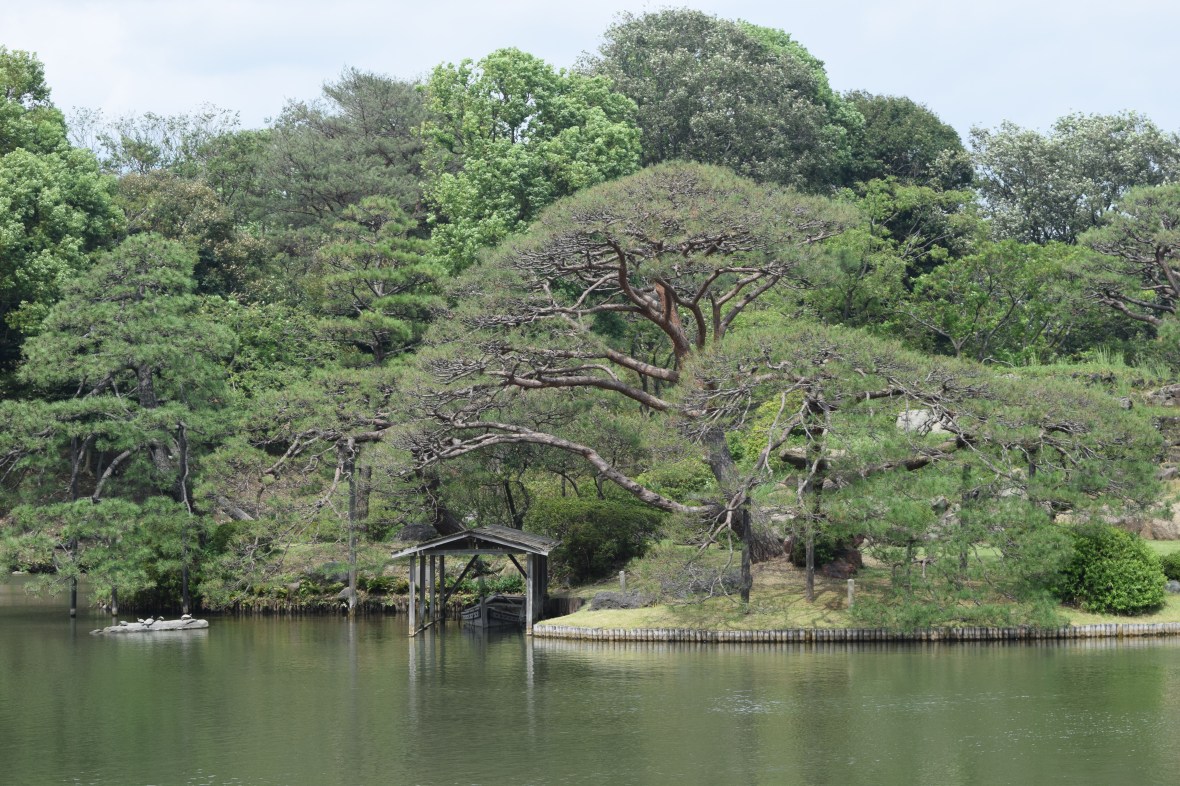 A boathouse with an abandoned, melancholy air. 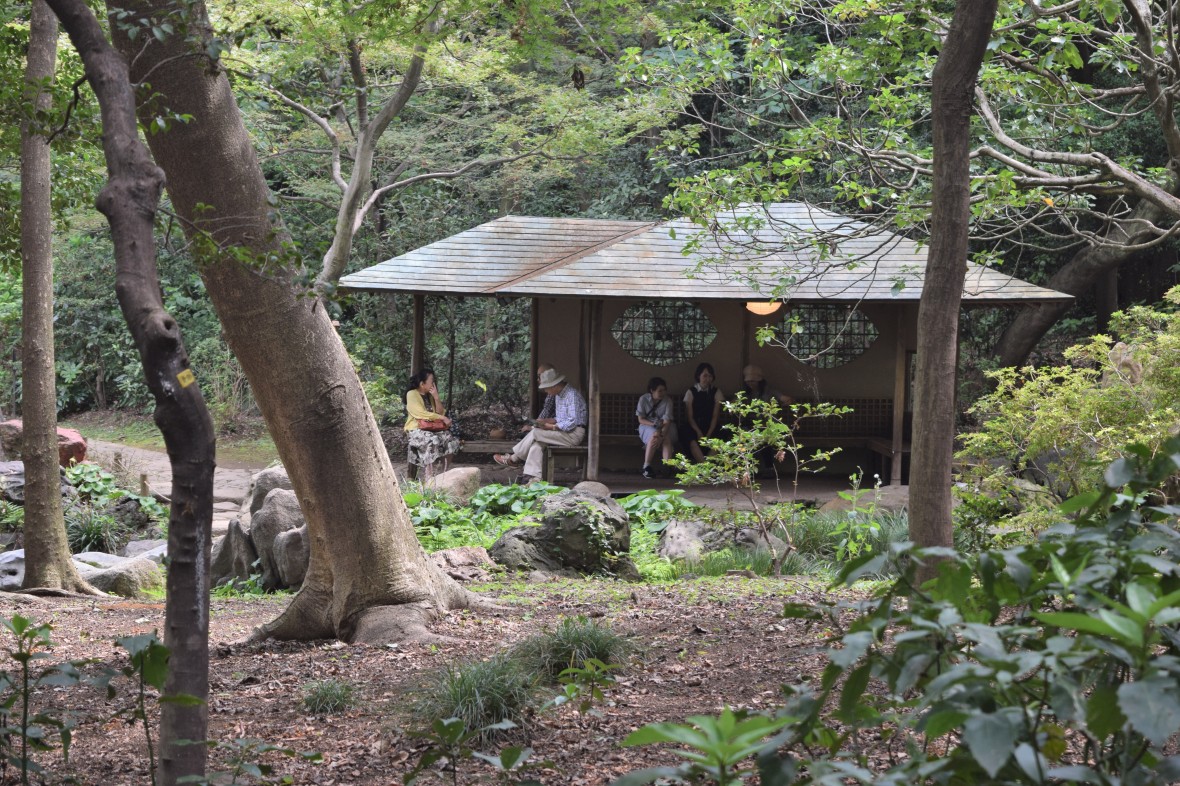 Strollers rest under a pavilion. Did you notice those eye-shaped windows? They make the whole wall look like the face of a man wearing a hat. 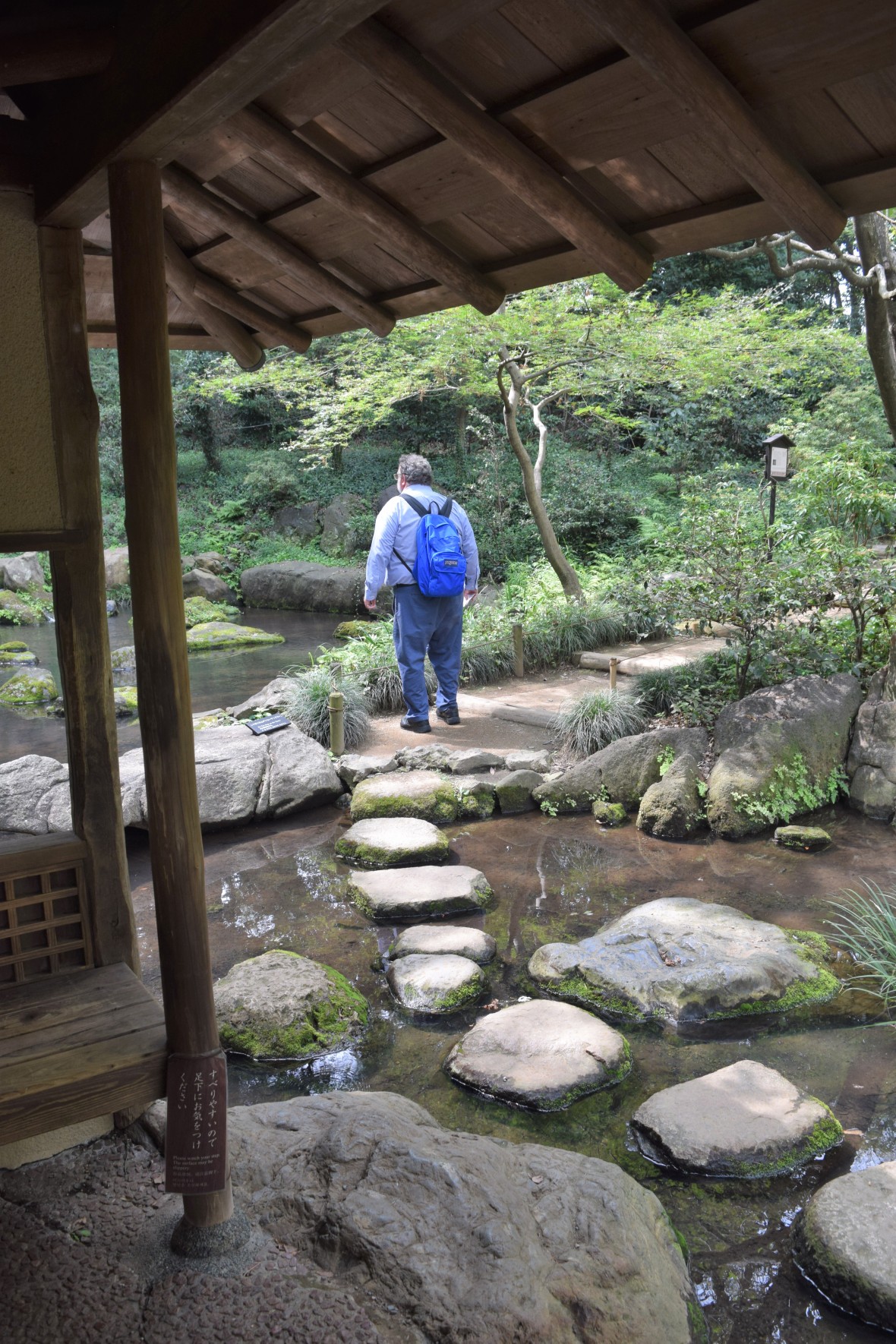 Of all the corners of this garden, the one I am about to enter here is my favorite.

There isn’t a lot of color in Japanese gardens during the summer and early fall. Spring and later in autumn is another story, but we were there in September. What made up for this to a great extent was the almost mesmerizing use of stone and water.

We suspected that the turtles were spying on us. 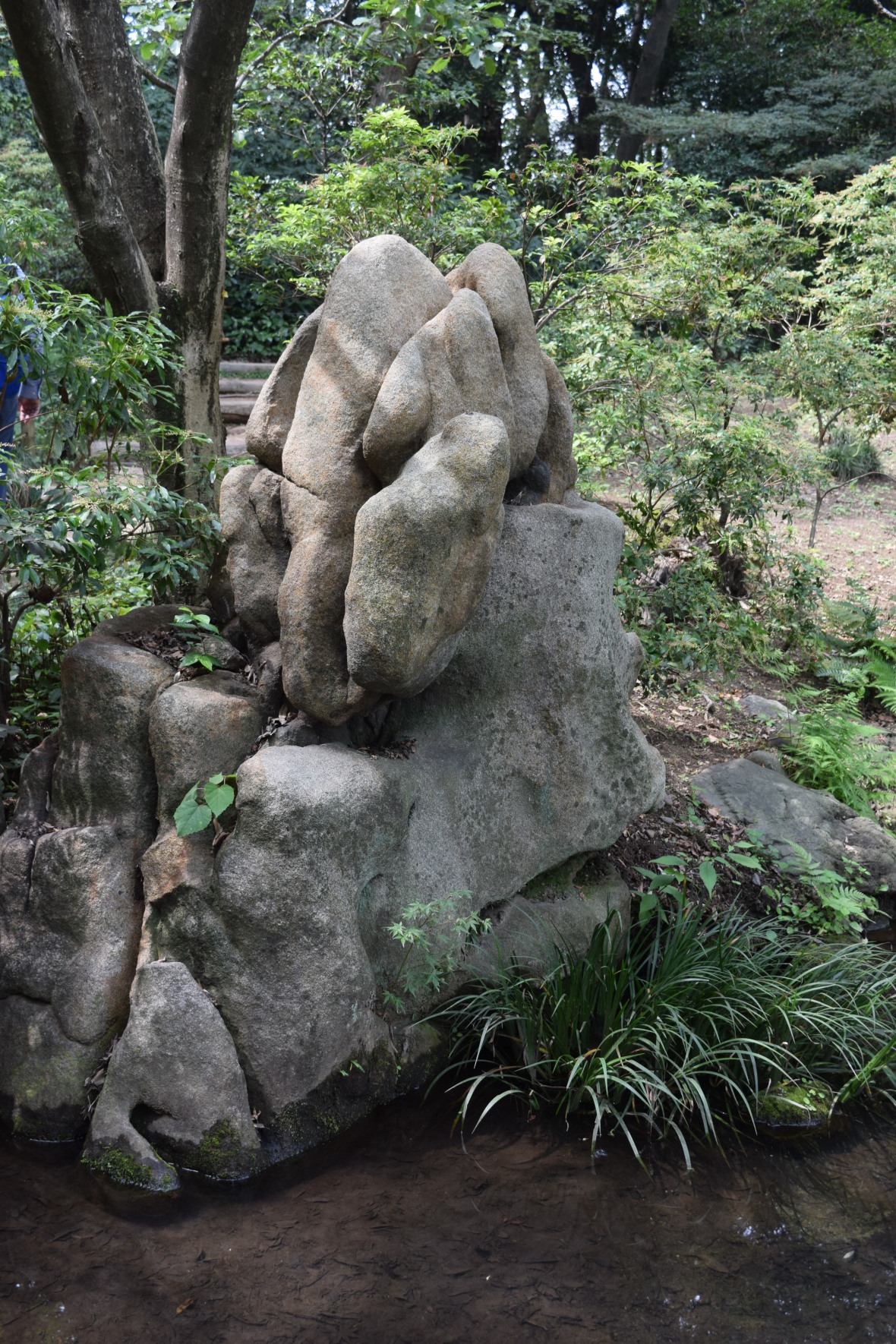 What is it about stone that can be so, well, charismatic?

The Japanese have a word for stones that divide a stream: mizuwake-ishi. This one is pretty great.

A pair of stone slabs make a bridge.

A farewell view of the island.

Lots more to come from our trip to Japan, but that’s all for now.

← Welcome to the Neighborhood: Yanaka, Tokyo
A Tokyo Power Garden →