Posted on January 8, 2018 by gardeninacity

Welcome to the Neighborhood: Yanaka, Tokyo

Let’s return to our trip to Japan last September, shall we? Most of Tokyo has been demolished (by war, fire, and earthquake) and rebuilt multiple times. The neighborhood of Yanaka, however, was damaged less than most from the cataclysms of the 20th Century. As a result, it is one of the oldest areas of Tokyo. 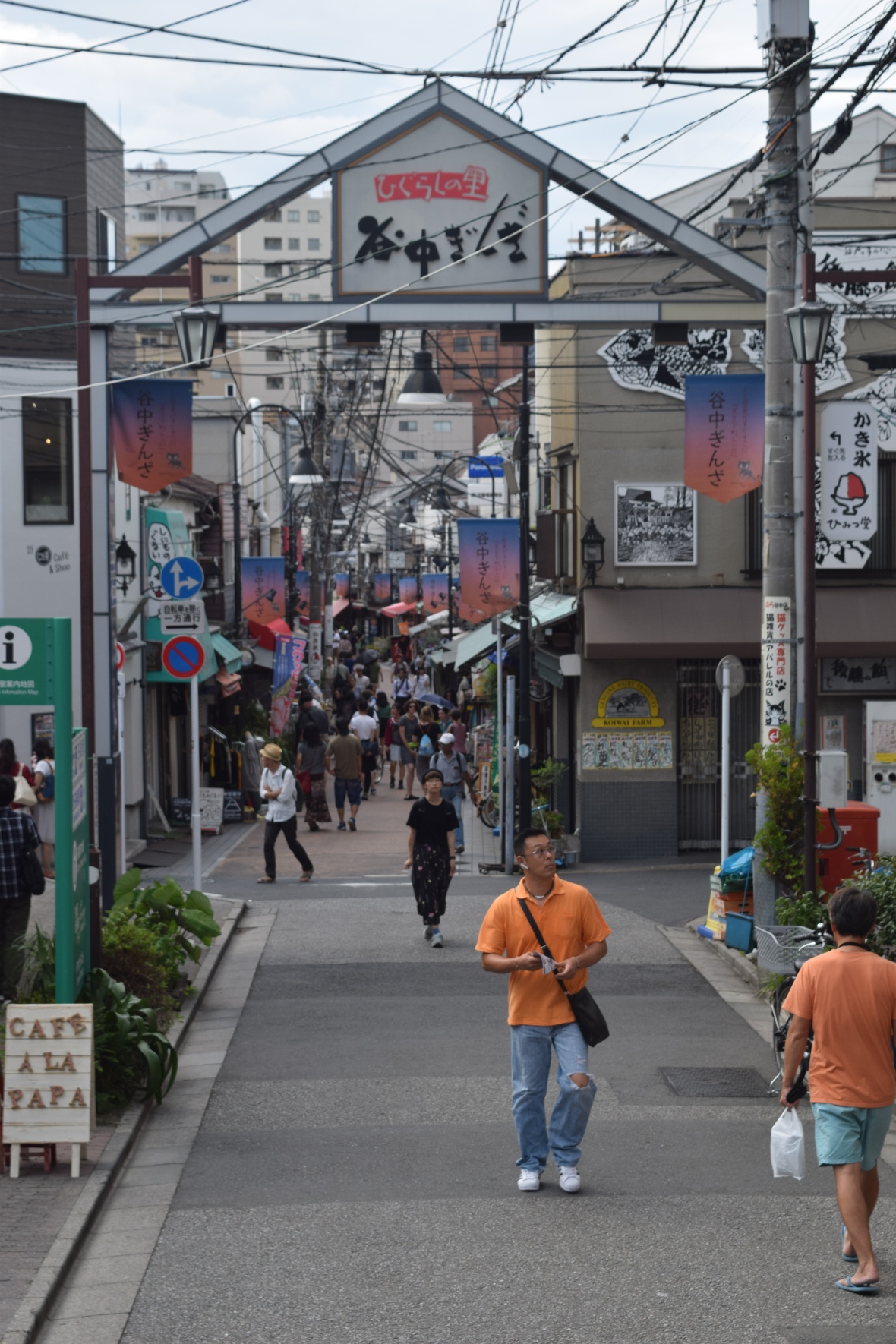 Judy and I visited Yanaka for a day during our stay in Tokyo. We started at the Yanaka Ginza, a narrow street filled with all kinds of shops.

Many were selling prepared foods, like the fried fish and chicken above. 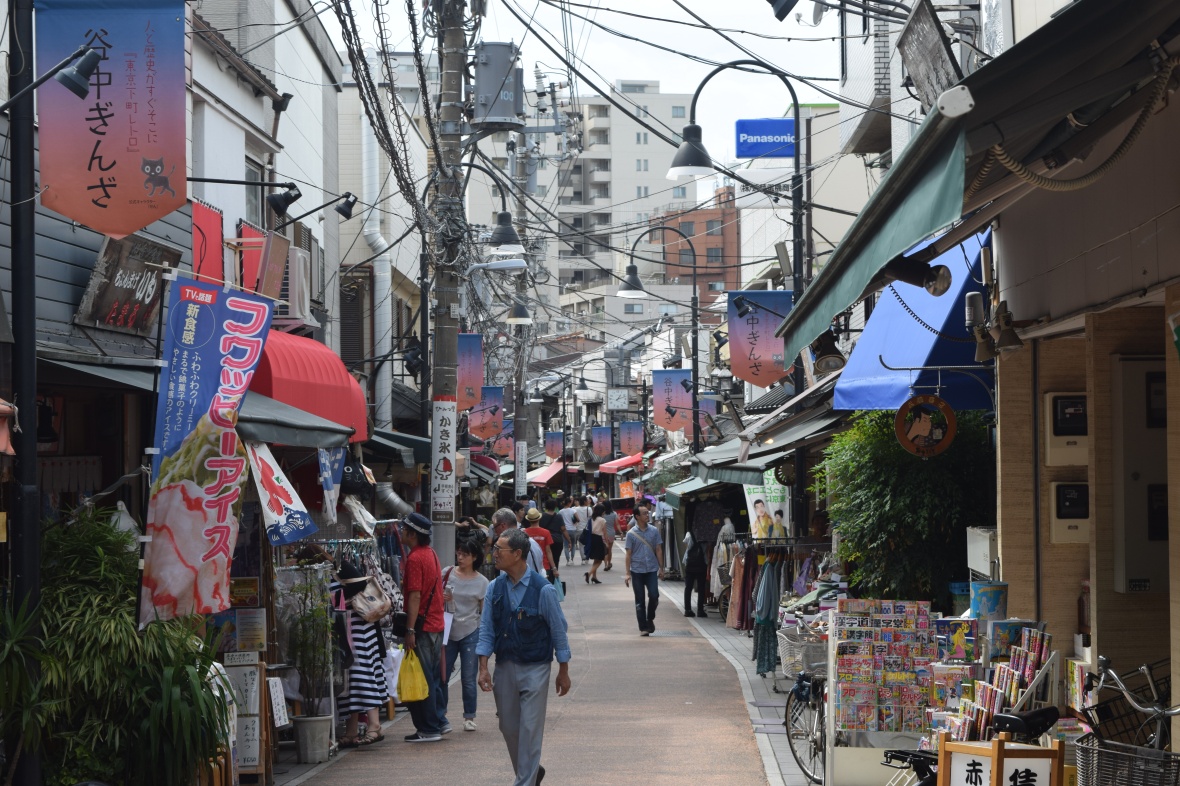 Other shops sell all kinds of goods – some tourist stuff, but for the most part ordinary necessities.

Judy and I liked this t-shirt.

Yanaka is associated with cats, and little cat-themed items are ubiquitous.

However, the only actual live cat we saw was being carried by the lady above. If Yanaka has lots of cats, they are either indoor cats or exceedingly shy.

We also visited the Yanaka Cemetery, which many people use for strolling or bicycling. The Cemetery dates back to 1872. Paths are lined with venerable cherry trees, and this is popular place for viewing cherry blossoms in April. 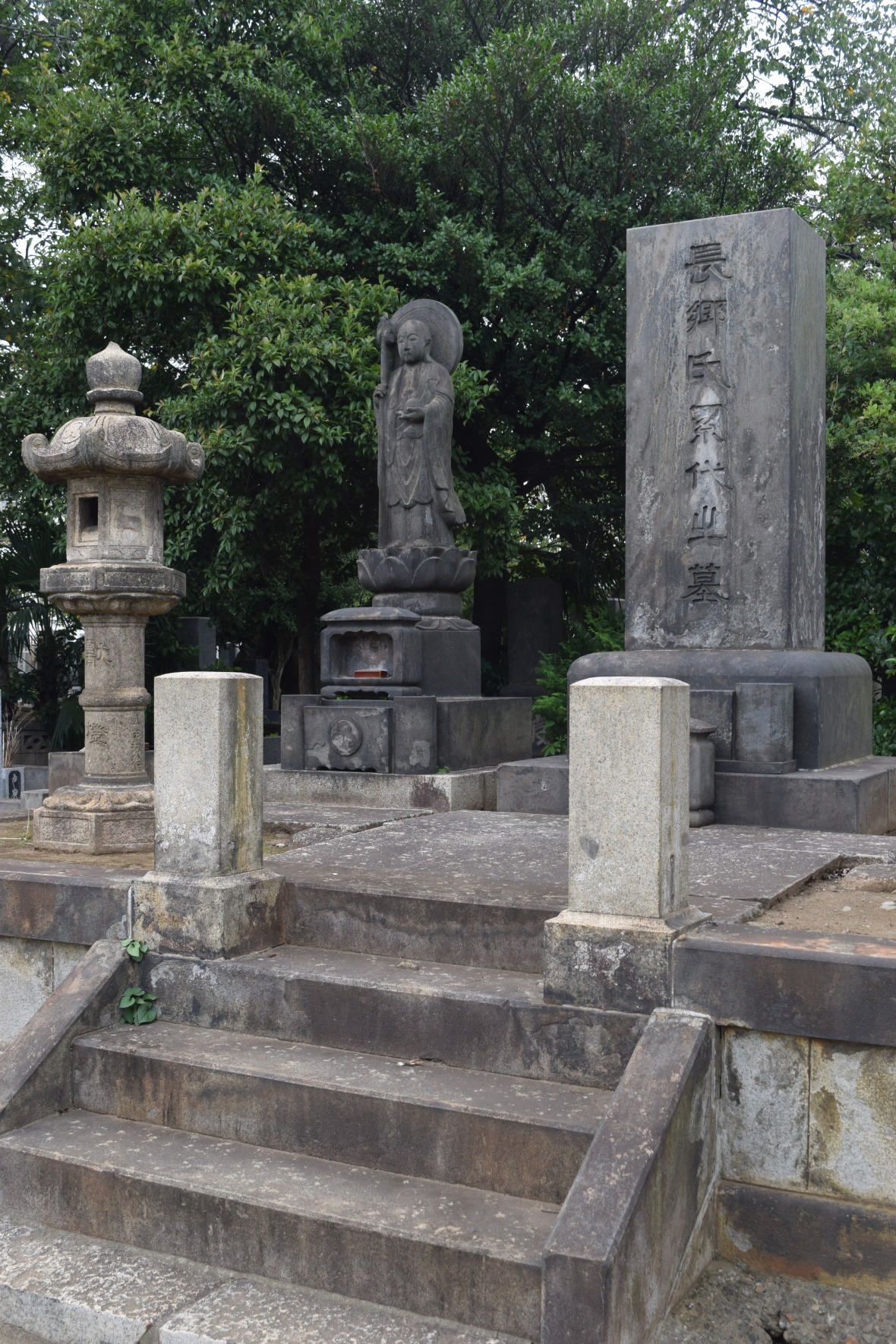 Many graves are marked very simply, others are more elaborate. There is also a walled enclosure where the Shoguns of the Tokugawa clan, who ruled Japan for over 250 years, are buried.

This is the entrance to the Tennoji Buddhist temple, which is adjacent to the cemetery. In fact, the cemetery used to belong to Tennoji. The government confiscated the land at a time when Buddhist funerals were being discouraged.

It’s fun to wander the narrow streets of Yanaka’s residential areas. I particularly liked snooping into local backyards. I thought the Brugmansia above was quite impressive.

Bare ground hardly exists in Tokyo, and it seems that most attempts at gardening utilize containers.

A peak into someone’s back garden.

The Japanese sculptor Fumio Asakura lived in Yanaka, and his home has been converted into the  Asakura Museum of Sculpture.

Here’s a reproduction of one of Asakura’s sculptures. I came here while Judy was working and was given my own personal tour by an English-speaking docent (this museum does not attract droves of foreign tourists).

The house includes Asakura’s studio and a beautiful courtyard garden. Unfortunately, photographs are not allowed indoors. 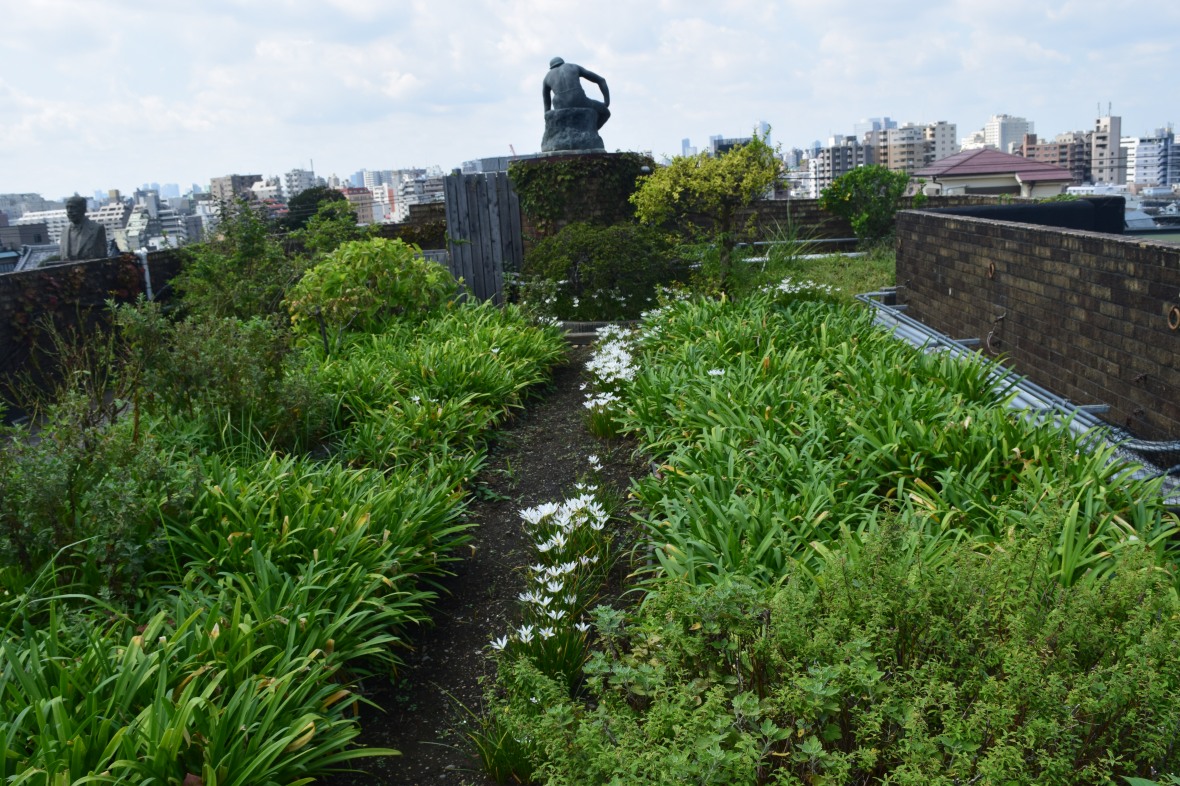 On the other hand, you can take pictures of the museum’s rooftop garden.

From the rooftop you can enjoy views of the neighborhood, with the Tokyo skyline beyond. 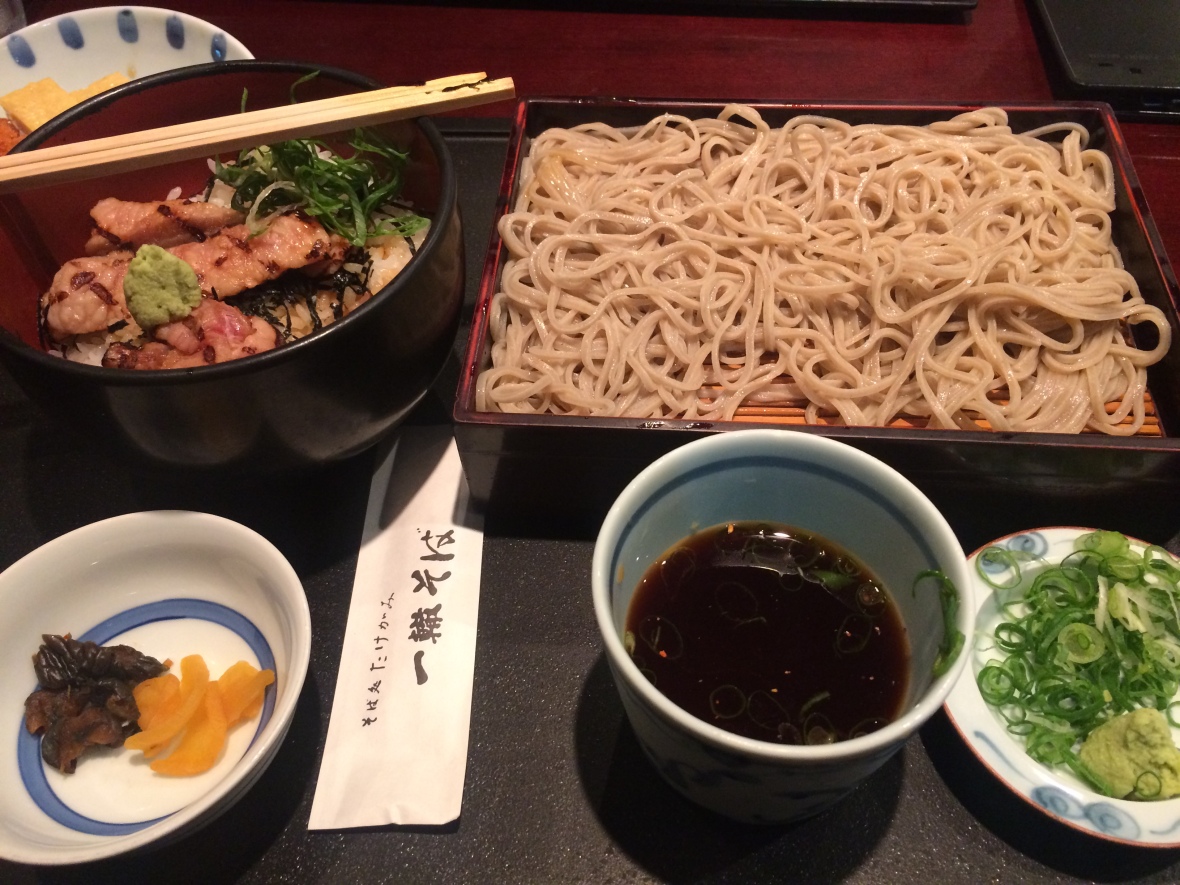 We ended our visit to Yanaka with a lunch of buckwheat noodles, or soba. You eat them cold, dipped in the sauce you see above. When you’re done with the noodles, you mix the sauce into hot water and drink it. A nice meal for a hot day.

This is a stealth picture Judy took of the ladies at the next table. They reminded her of her book group.

Yanaka is a more human-scaled part of Tokyo with plenty of neighborhood character. It’s worth a visit.

28 Comments on “Welcome to the Neighborhood: Yanaka, Tokyo”