Posted on December 20, 2017 by gardeninacity

So when we left off telling you about our trip to Japan we had just gotten off the Sumida River water bus at the Akasuka stop. From there we were walking to Sensoji, one of Tokyo’s most venerable Buddhist Temples. Alas, it was still raining.

The Hozomon Gate above leads into the temple complex. Sensoji’s origins go back to the 7th Century, but like almost everything else in Tokyo it was destroyed during World II and rebuilt in the mid-1900s. 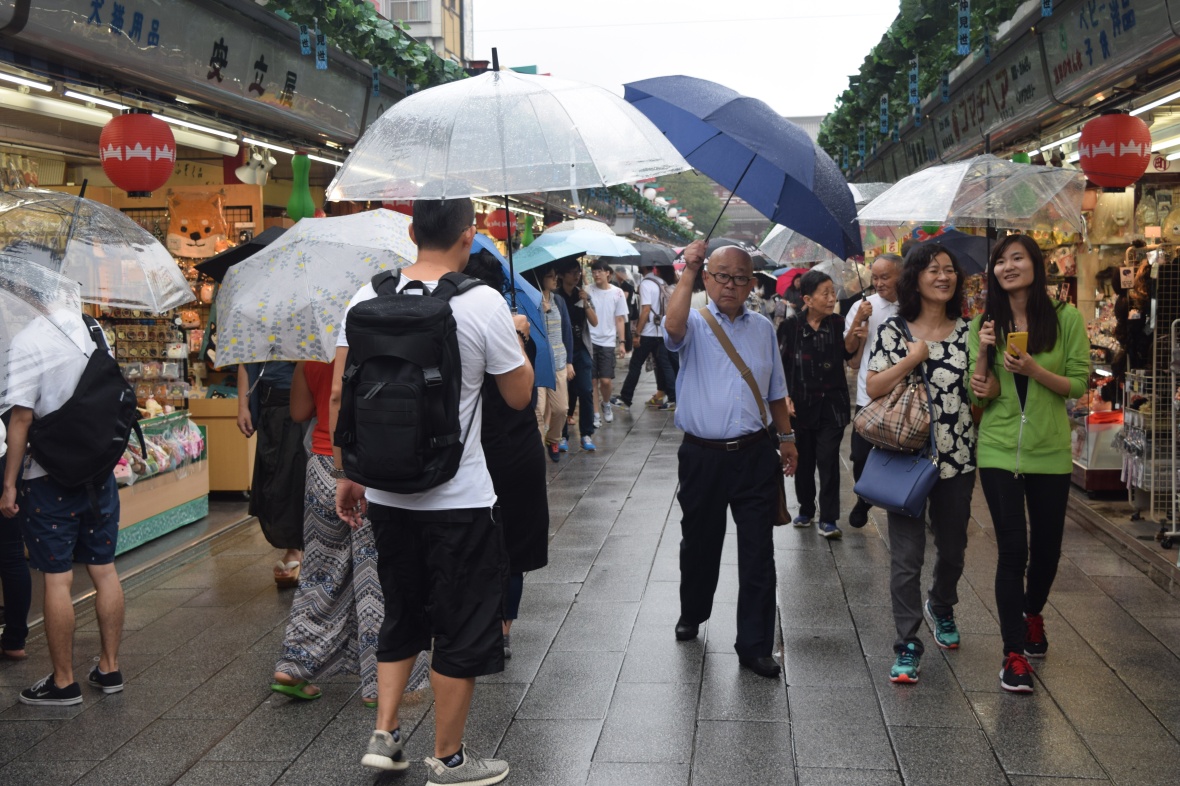 The street leading up to Sensoji is lined with all kinds of stalls and shops selling food, religious items, and souvenirs.

Most of the stuff for sale I thought was kind of chintzy, though the traditional masks shown above were pretty interesting.

We noticed this sign while strolling towards the temple. Here’s an amazing thing about Tokyo and other Japanese cities: there are no pigeons. Apparently people have been convinced not to feed them, which is quite an accomplishment.

Approaching the Hozomon Gate we saw this temple dedicated to a 17th Century samurai who, towards the end of his life, felt extreme remorse for all the people he had killed. Better late than never, I guess. 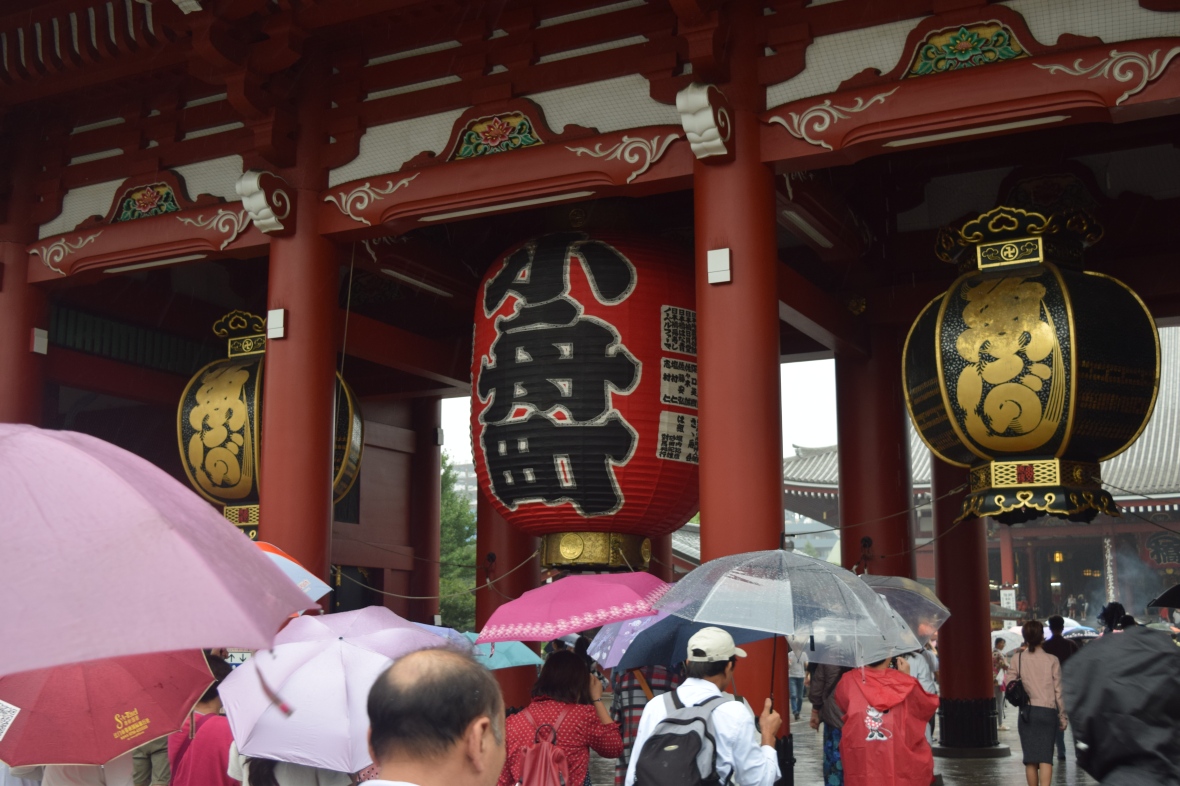 The Hozomon Gate has these enormous paper lanterns. The red and black are meant to suggest thunder.

The gate is guarded by statues of two fierce-looking deities. The chicken wire is keep people from touching the statues. The models for the current figures were allegedly two Sumo wrestlers popular in the 1960s.

Inside the temple grounds there are stalls where you can buy official Sensoji merchandise: amulets, scrolls, incense, etc.

Off to the side is a five story pagoda.

This is the Sensoji temple itself. 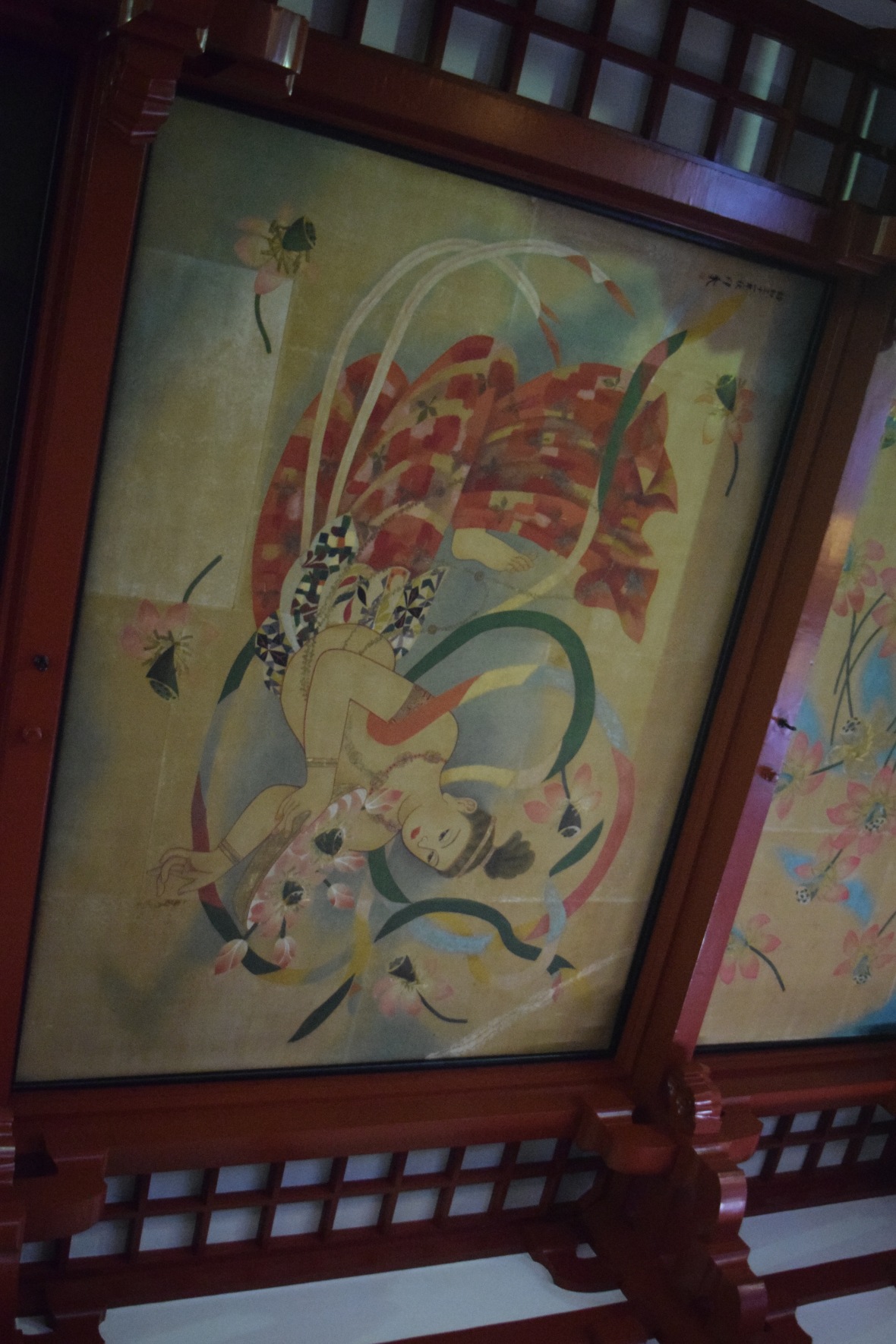 Inside there are numerous carvings and artworks painted directly on the ceiling (as with a renaissance chapel) or hanging from the walls. 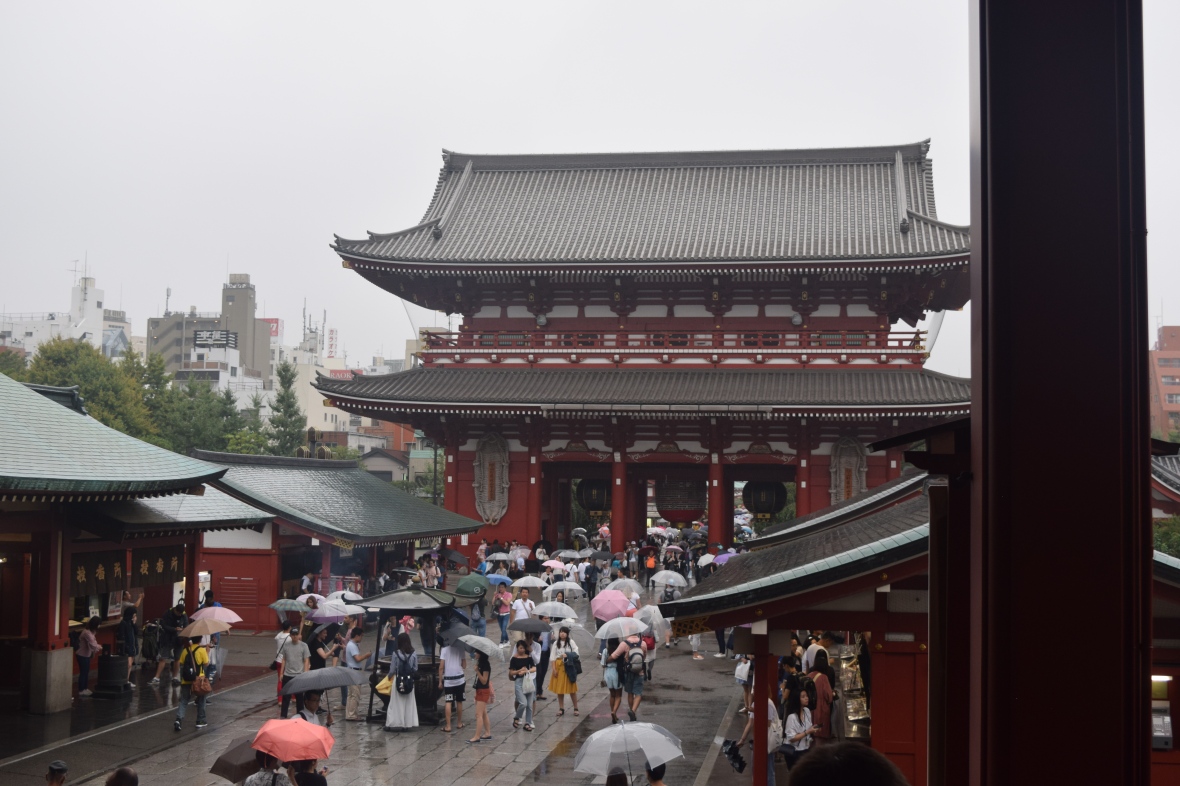 Here’s the view from the main temple toward the Hozomon Gate.

To the left of the main temple there is a small but beautiful garden featuring two Buddha statues.

The pond is fed by a rushing stream.

It was starting to get dark, so we said farewell to the friendly lion and headed for the exit.

The gates marked the border between the sacred and the secular.

Soon we were back out on the streets of Tokyo.

← Rodgersia That?
When One Door Closes … and Happy Holidays! →