Blue Blooms for the End of May

The garden seems quieter now that the Tulips and Daffodils are gone.  It’s starting to transition from spring to summer, and for some reason blue flowers become more prominent at this time. 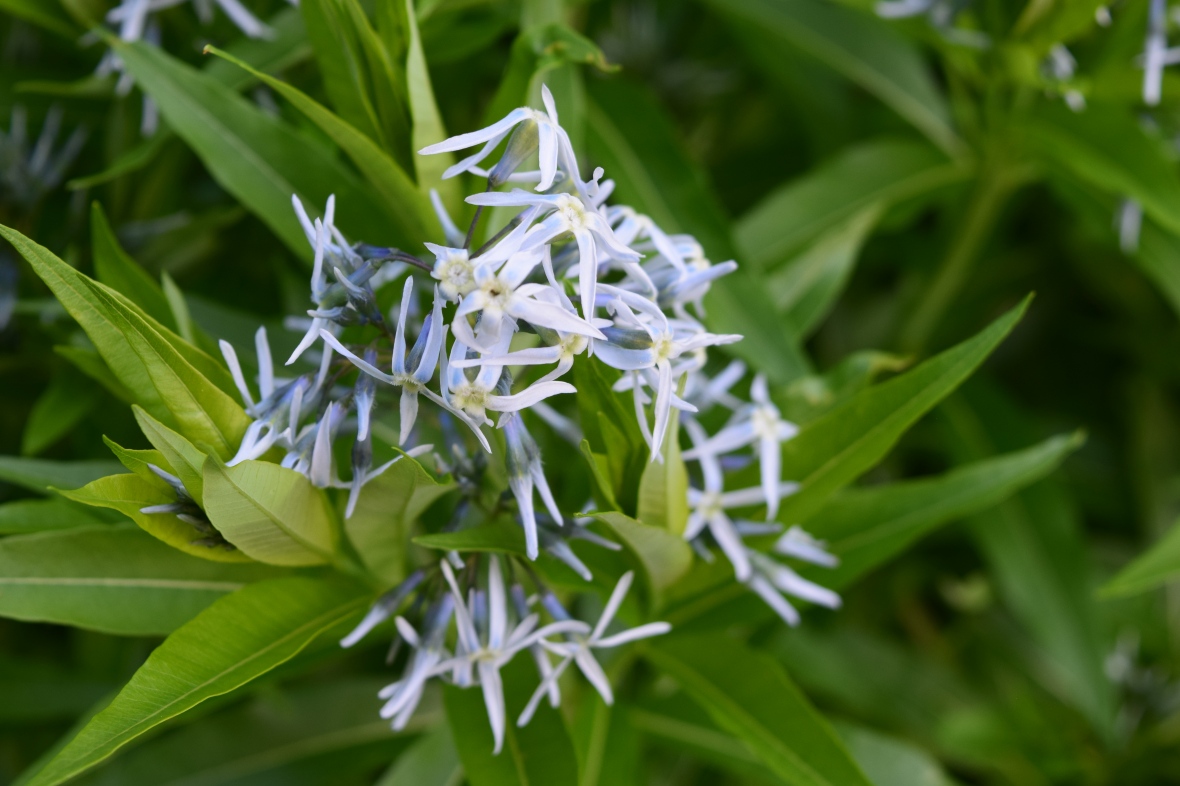 Here’s a close up of the flowers. The long petals are a bit unruly, like a person with uncombed hair.

In the back garden there’s a cultivar of the same species, ‘Blue Ice’. ‘Blue Ice’ is more compact and the flowers are more tidy and a darker shade of blue.

I’ve put a fair number of ‘Blue Ice’ into the back garden’s raised bed. The more mature plants bloom earlier than the newcomers.  I hope with time they will bloom together to create a greater impact. 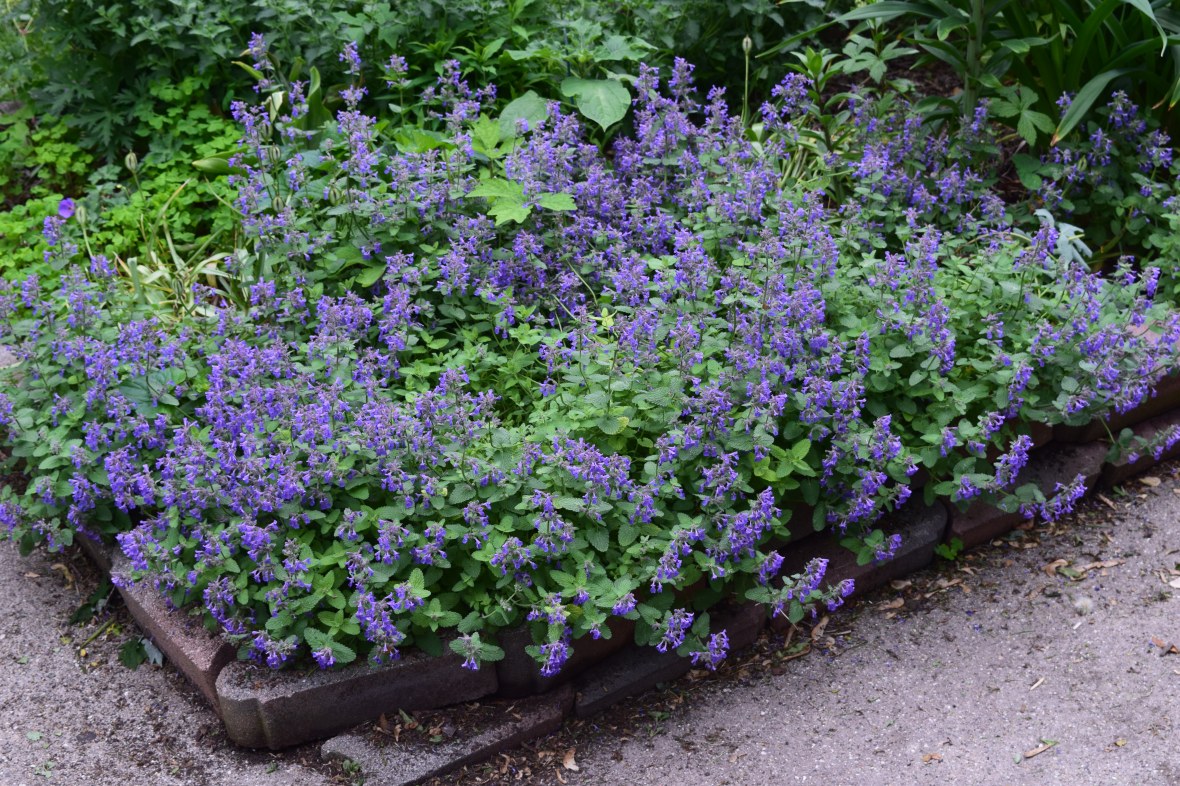 The Catmint (mostly Nepeta x faasennii ‘Kit Kat’) has been blooming for a while. The much larger Catmint ‘Six Hills Giant’ will come into its own later in June. 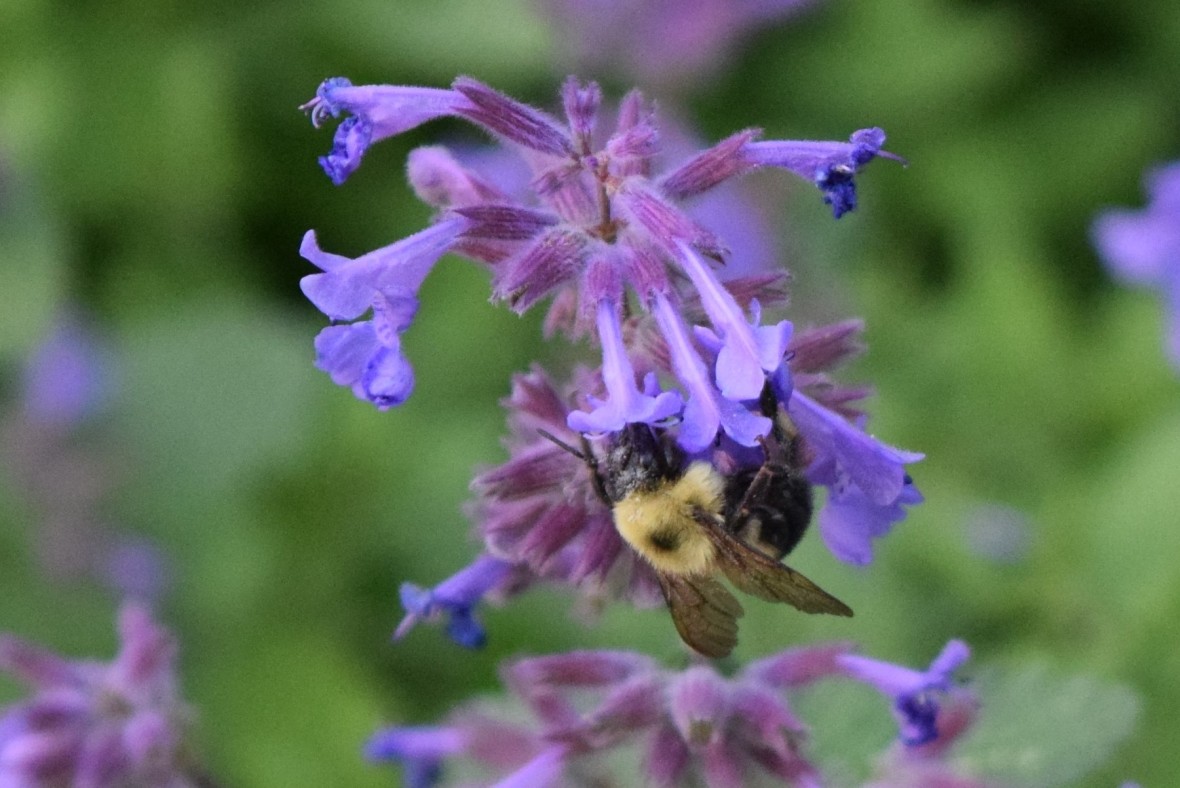 I haven’t noticed a lot of bees until recently, but now they are all over the Catmint.

I still haven’t found a companion vine to grow with ‘Multi-Blue’, but maybe I’ll just plant two of the same variety.

The month of June will feature many more blue flowers. I’m especially looking forward to the Wild Blue Indigo (Baptisia australis). Then July  will arrive with its hot temperatures and hot colors in red, yellow, and orange. The gardening year is moving much too fast.

← Golden Alexander in Retreat
Could Sleep-Planting Be A Thing? →

28 Comments on “Blue Blooms for the End of May”