Posted on April 6, 2020 by gardeninacity

Now that the Snowdrops are done, I’ve been spending a good deal of time inspecting the progress of all the other bulbs. While it’s still early spring hereabouts, there are a few blooms out there.

Tulipa kaufmanniana ‘Early Harvest’ is blooming a bit later than usual, but it’s color is as orangalicious as ever. When I took this picture they were closing up for the evening. 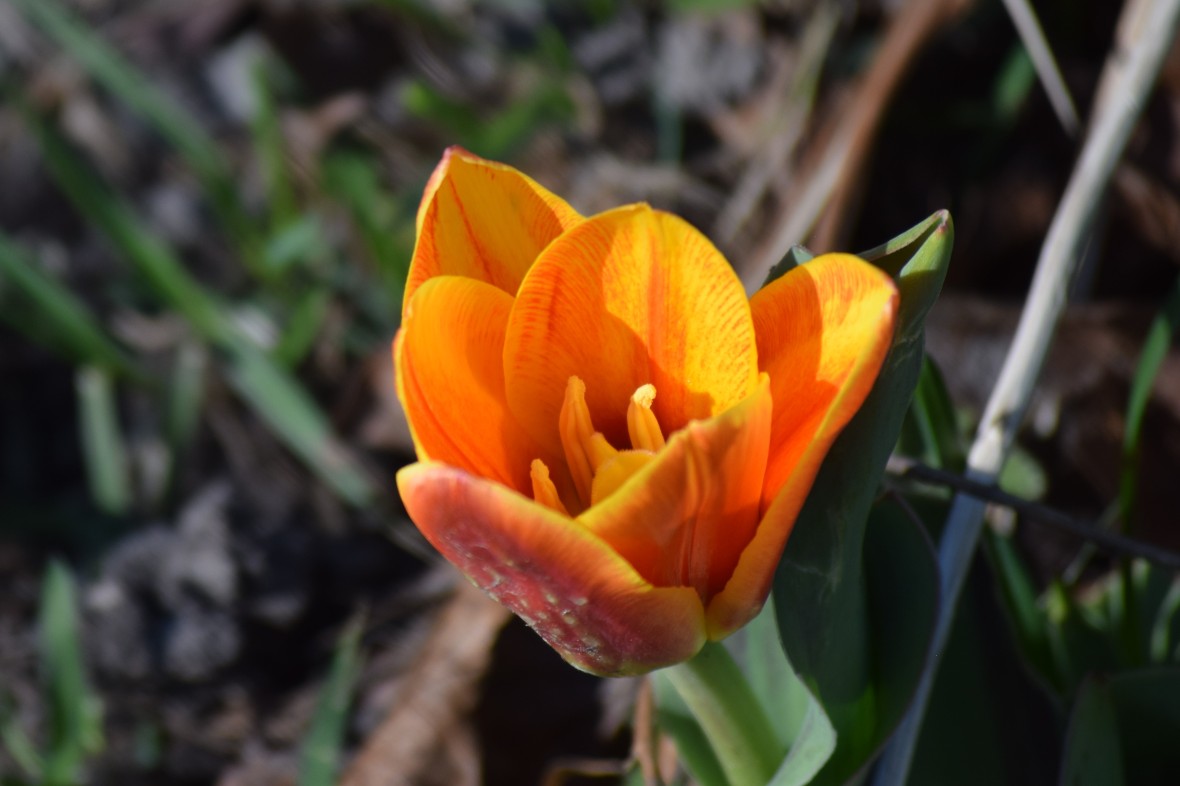 But here’s an open flower.

Some of the Glory-of-the-Snow have started to bloom. There isn’t that mass of blue effect I had hoped for, but maybe that will come in time. There are still plenty of flowers that have yet to open. Also, some flower buds have been eaten by rabbits.

Apparently there is some disagreement as to whether Glory-of-the-Snow is its own genus, Chionodoxa, or just a section of the genus Scilla. So I’m not sure if I should identify mine as Chionodoxa forbesii or Scilla forbesii.

Speaking of Scilla, our Siberian Squill (Scilla sibirica) has also started blooming, mainly in the Back Garden. You can see the family resemblence to Chionodoxa, but Squill flowers face downward, while Glory-of-the-Snow has upward-facing flowers. Also, Squill is less palatable to rabbits.

The ‘Purple Sensation’ Alliums (Allium hollandicum) are coming along. In fact, they seem to be spreading like crazy. This may be partly because I leave the seedheads up as long as they can stand. An odd thing this year is that the rabbits seem to have nibbled almost all the tender leaf tips, which I never noticed before. Perhaps Allium leaves are the new avocado toast for rabbits.

Now we come to the part where I try to figure out where all those bulbs went that I planted last fall. For instance, the A. karataviense above. I can only find 7, but planted 25. I also planted 5 ‘Mount Everest’ Alliums (A. stipitatum), but have not a clue as to where they are. I could go on, but you get the idea.

One thing I’m excited about is all the Tulips and Daffodils interplanted in the Driveway Border. Blooms are still a ways off, but all the emerging foliage looks promising.

How far along are your spring bulbs at the moment?