Round and Round Over Roundup

When I hear people debate the herbicide glyphosate, or Roundup as it is more commonly known, I generally want to hide under a table. This is because I have friends who are passionate on both sides of the issue. 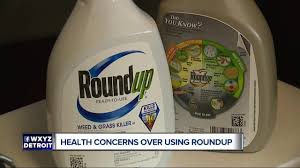 Recently I saw an article in Slate entitled  “Roundup Hysteria“ that will be sure to inspire further rounds of debate. (Thanks to Tony Spencer’s Facebook page Dutch Dreams for providing a link.) The article argues that Roundup is in fact not harmful to people, but that it is essential in the fight to preserve native species.

The author, Ted Williams, is not a flack for the chemical industry. He writes widely on conservation issues and is a part-time Executive Director for something called the Native Fish Coalition.

Williams raises serious doubts, I think, about the claim that Roundup causes cancer in people. Nevertheless, there is international momentum for a ban, which is supported by most environmental groups in the USA.

On the other hand, The Nature Conservancy (TNC) defends the limited use of Roundup. TNC works to manage and restore thousands of acres of wildlife habitat around the world. According to Williams, who writes for TNC’s online newsletter, Roundup is essential to that work.

Williams argues that Roundup attracts so much opposition in part because its manufacturer, Monsanto, is a bad actor on many environmental fronts. Also, the practice of drenching genetically-modified Roundup-tolerant crops with the herbicide raises a special set of grave concerns.

While Williams  contests the link between human cancer and Roundup, he ignores the impact that Roundup may have on pollinators. Researchers at the University of Texas have found that Roundup harms the intestinal bacteria of honeybees, which seems to make them more vulnerable to fatal infection.

This research raises the possibility that Roundup has the same effect on other insects and perhaps mammals as well. However, that link has not yet been tested.

On the other hand, perhaps the benefit that Roundup brings to habitat restoration outweighs the harm of limited use. I honestly don’t know.

Years ago I used Roundup to paint the stumps of the Buckthorn I was trying to eliminate from our property. Eventually, I decided to just remove new growth that emerged from the stumps, which would kill the plants after a year or so. This was a practical solution for our small suburban property, but probably not for larger areas.

Go ahead and read the 2 linked articles, and let me know what you think. But please don’t yell at me.

37 Comments on “Round and Round Over Roundup”