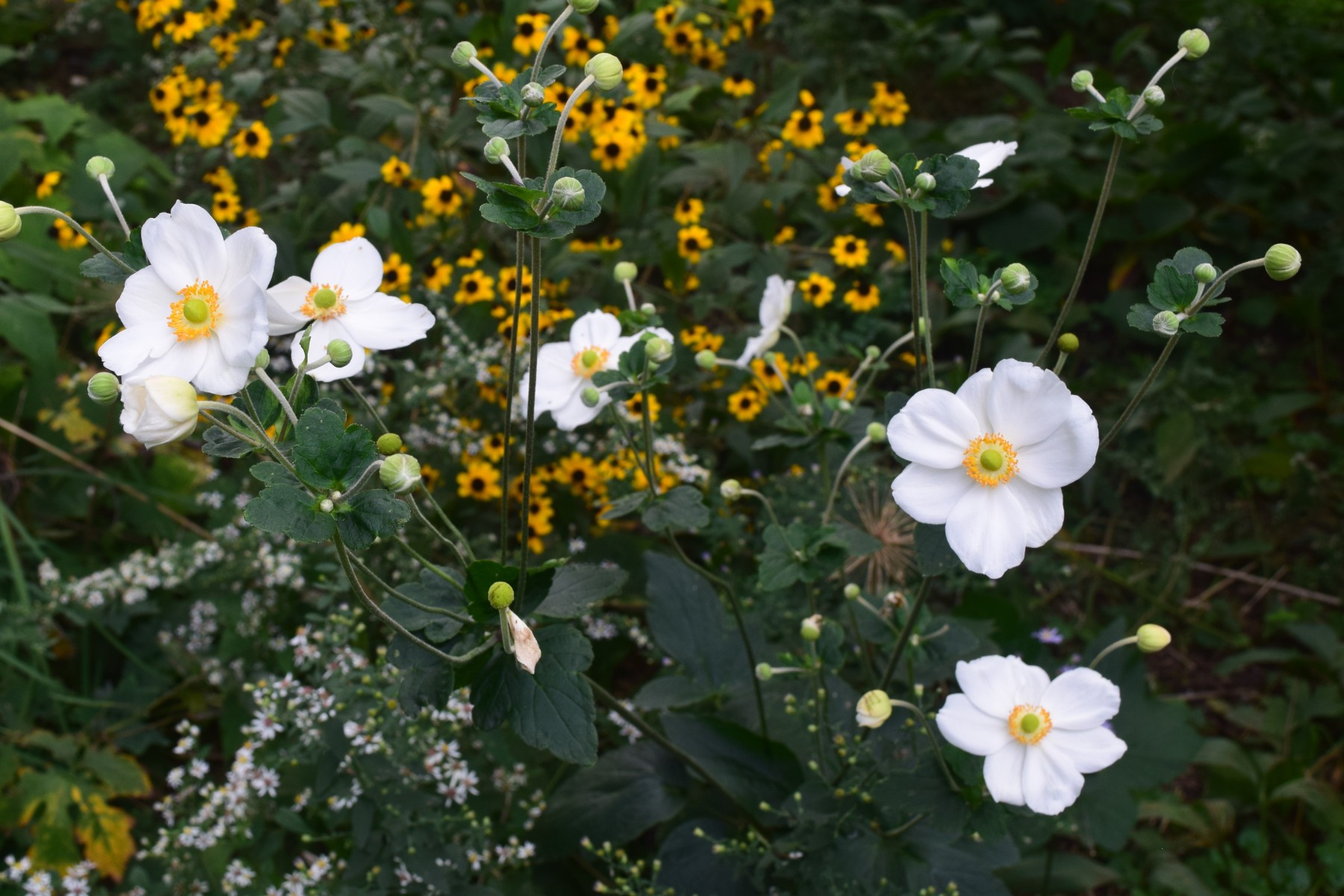 Posted on September 25, 2019 by gardeninacity

The ‘Honorine Jobert’ Japanese Anemone (Anemone x hybridus) is doing in the shady Back Garden. I’m a sucker for those gleaming ivory flowers with golden centers. 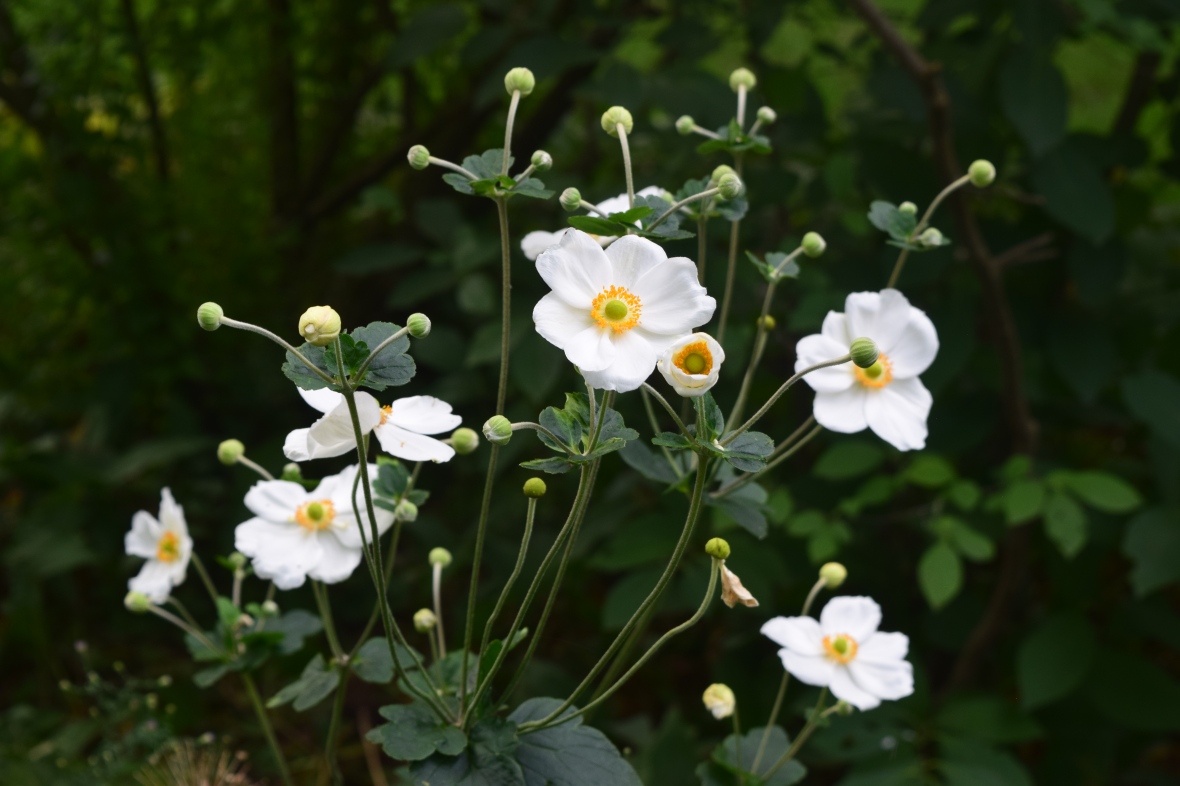 It was intended to be a successor plant to the ‘Purple Sensation’ Allium growing by the west hedge. As the Alliums faded, ‘Honorine Jobert’ was supposed to step up with summer foliage and then fall blooms. 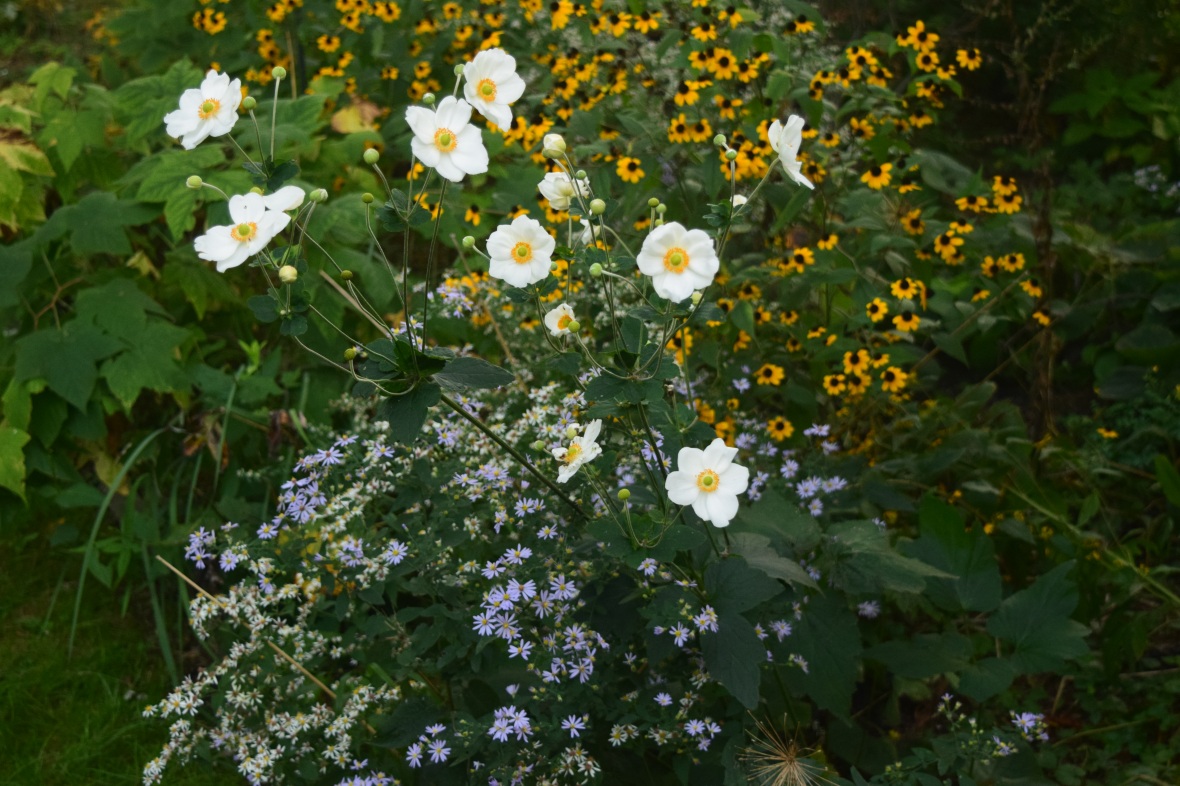 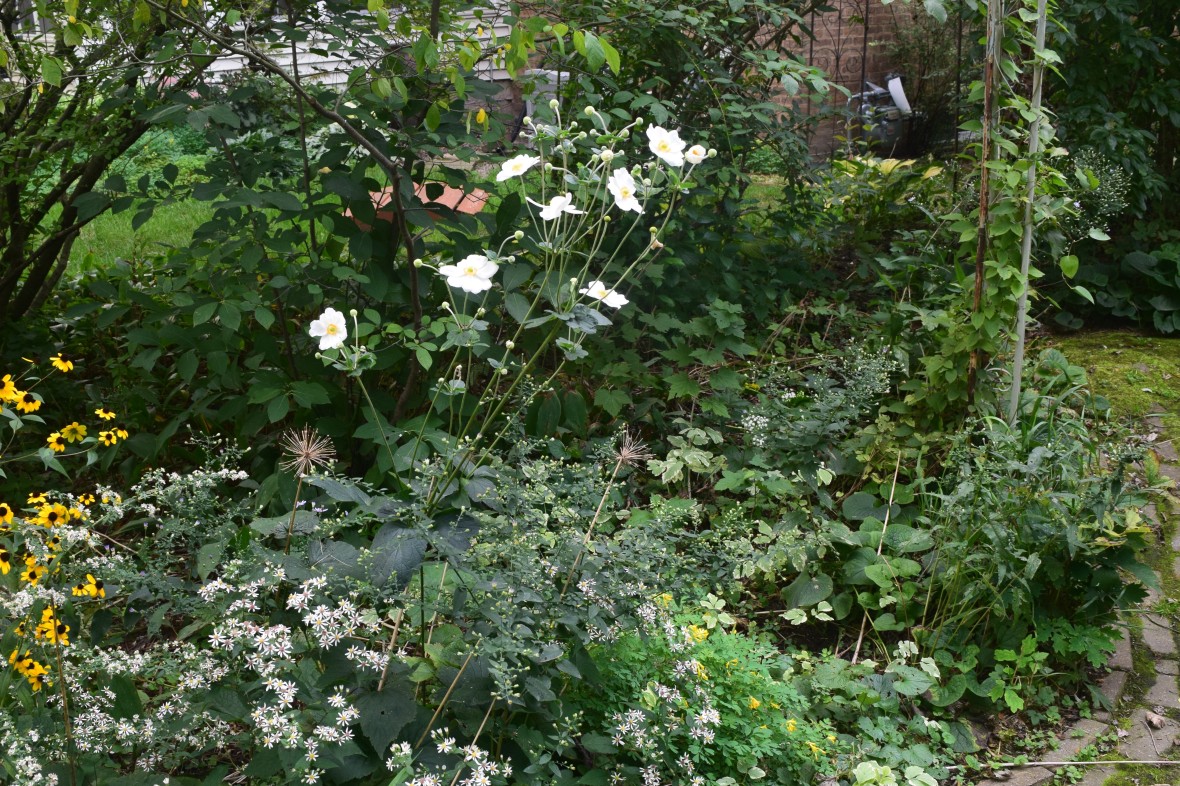 Japanese Anemones have a reputation for being aggressive, but that’s not the case in my garden. In this border ‘Honorine Jobert’ has taken about three years to get to the size you see above. It’s just faded away in a couple of other spots in the back. I would like to see this clump get a little bigger, but I wouldn’t want it to take over. I’m wondering if the pink varieties are more aggressive. 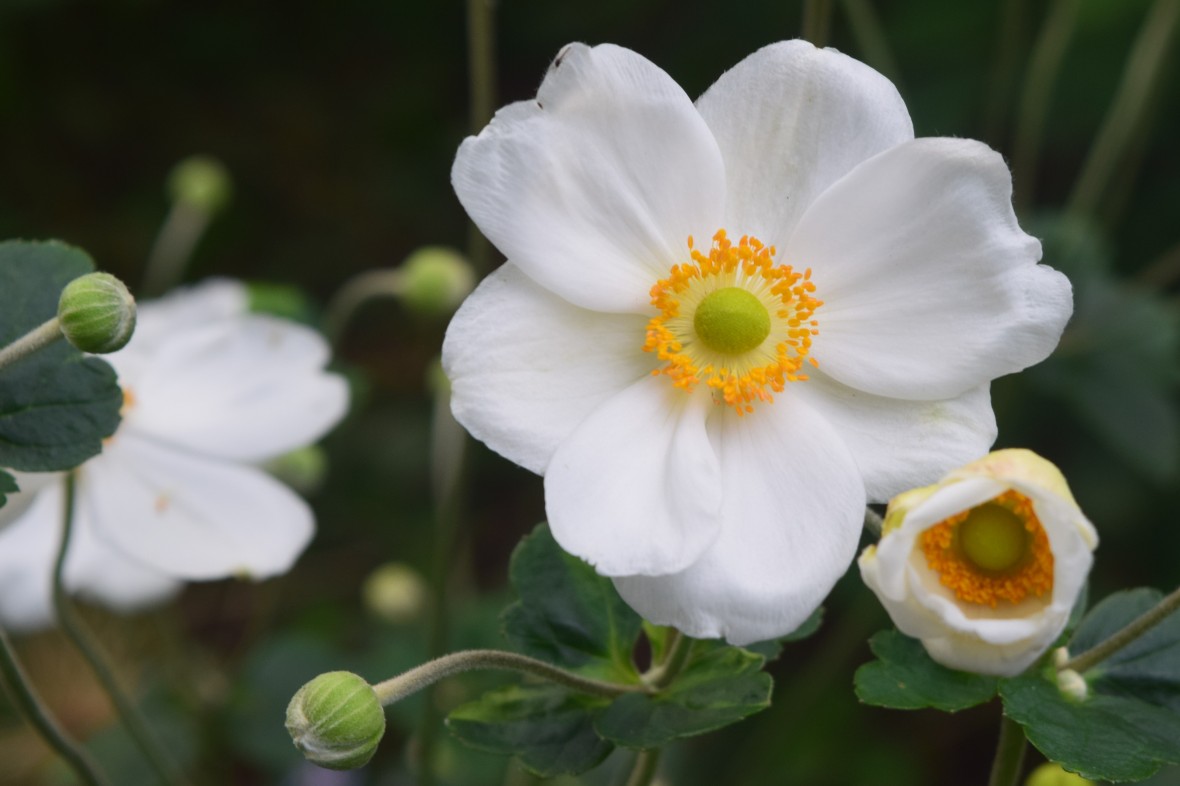 Such yummy flowers. Makes me think of French vanilla ice cream topped with honey. Also, I really like the unopened buds almost as much as the flowers. 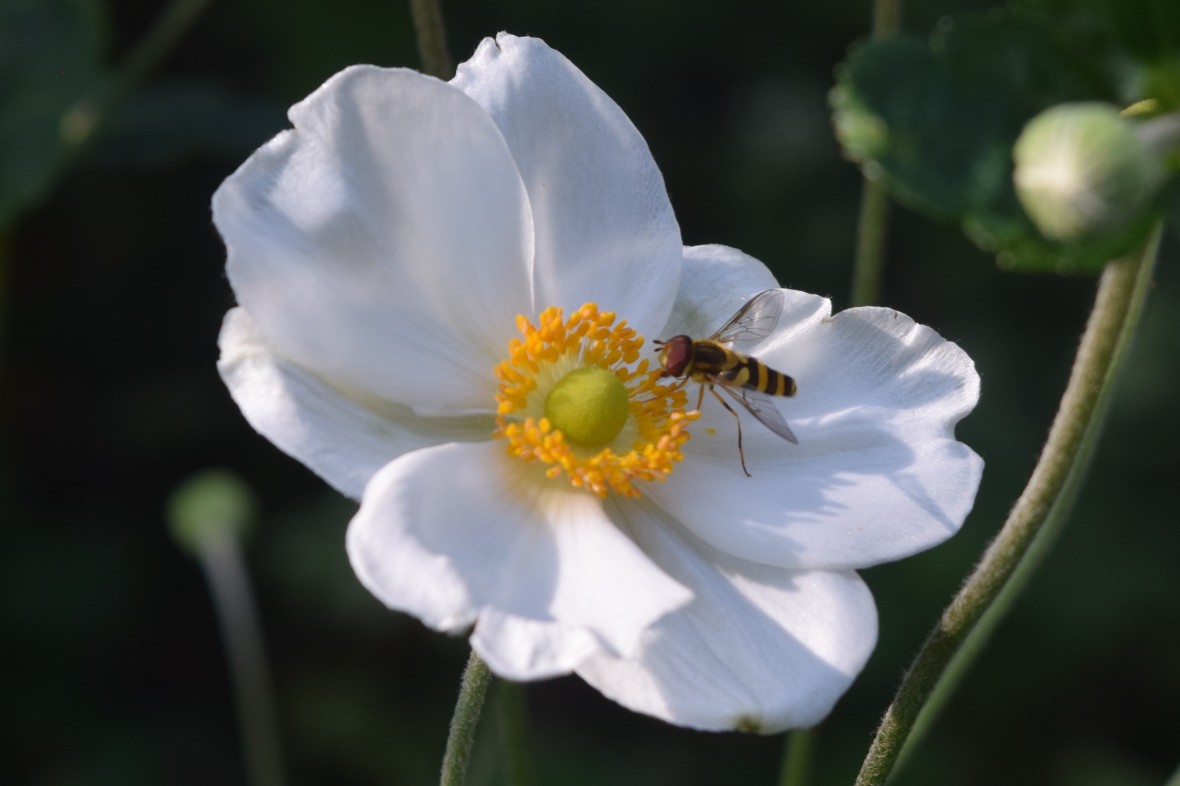 And look – there’s a hoverfly! 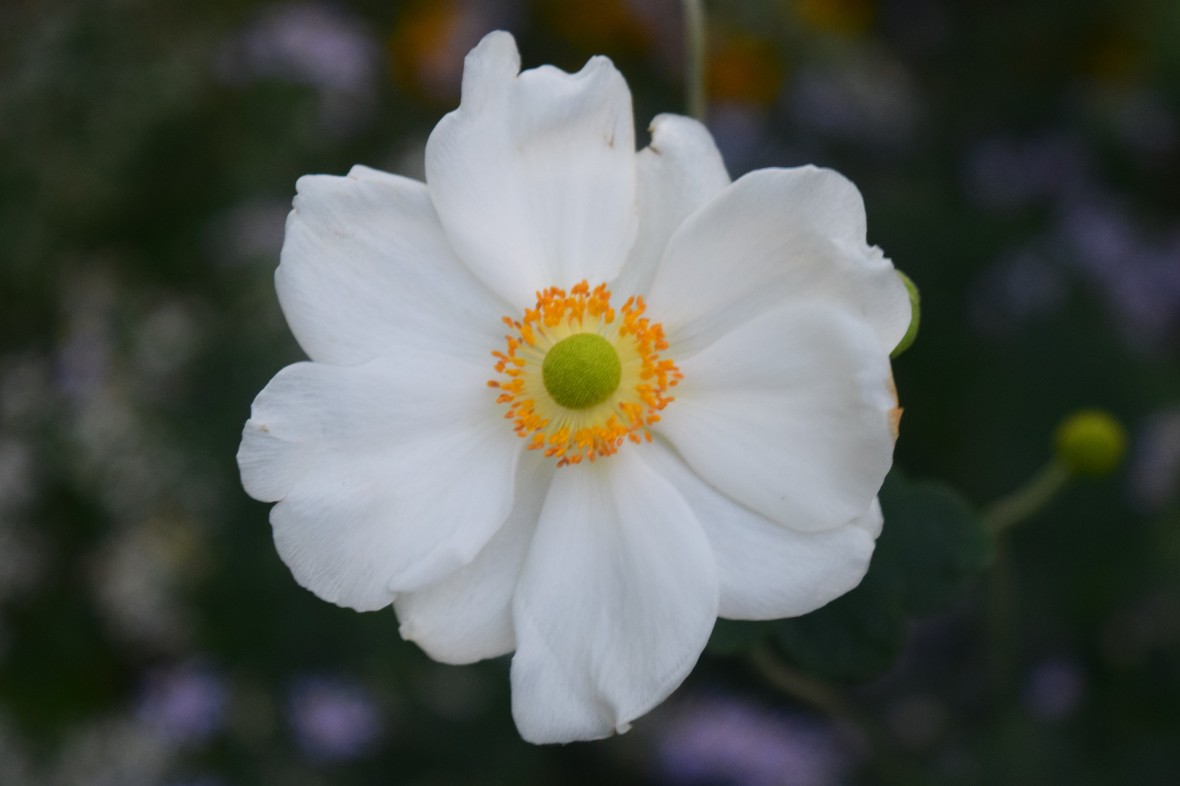 Honorine is a fine flower for the autumn season. I hope we see a lot more of her next year.