Blooms of the Left Bank 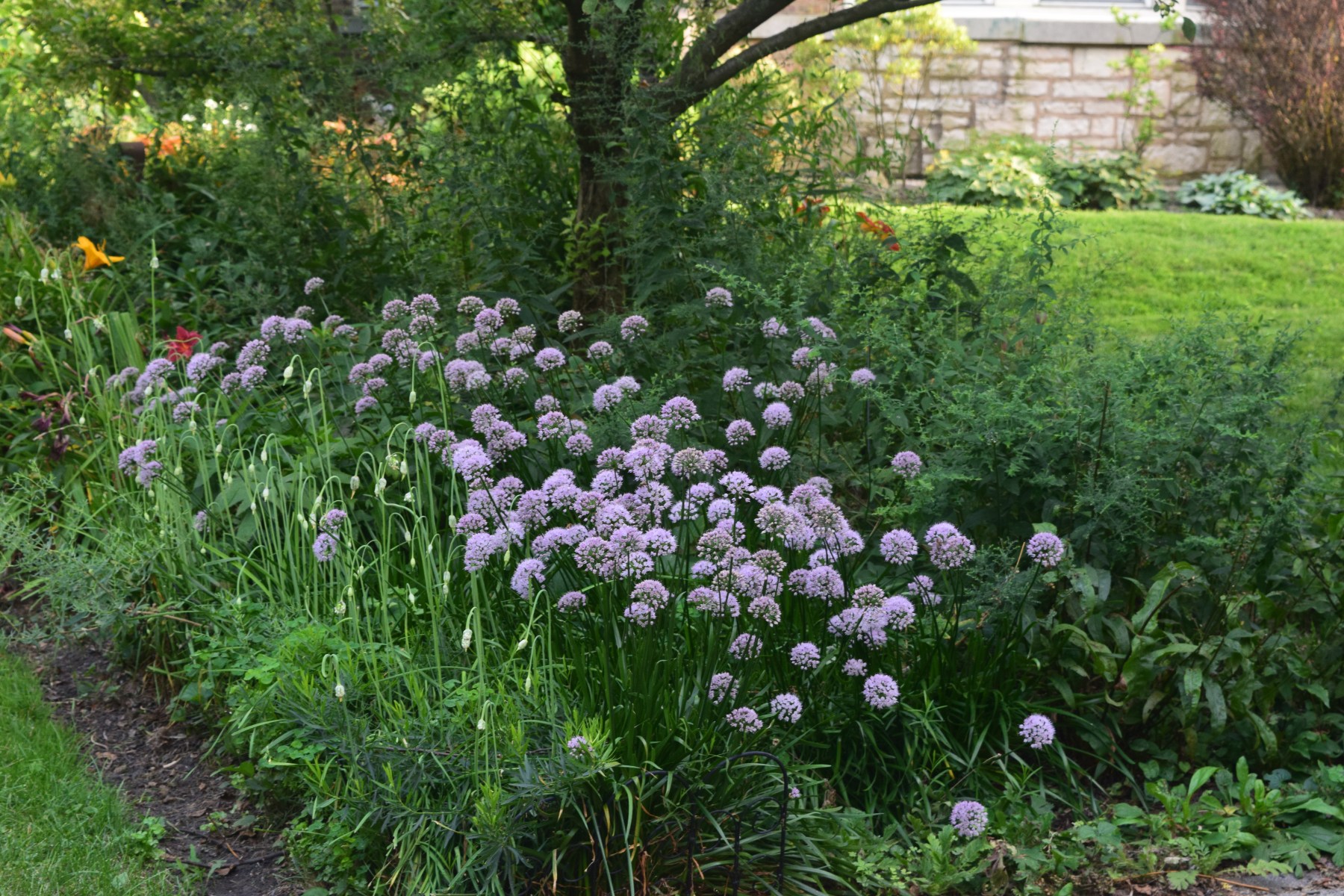 Posted on August 5, 2019 by gardeninacity

The Left Bank is what I call the part of our garden that sits west of the driveway. It consists of 4 parts: 1) The Lamppost Bed in the parkway; 2) the Crabapple Bed under the dripline (more or less) of the the ‘Donald Wyman’ Crabapple; 3) the area between the Crabapple Bed and the sidewalk that doesn’t have a name; and 4) the Herb Garden. 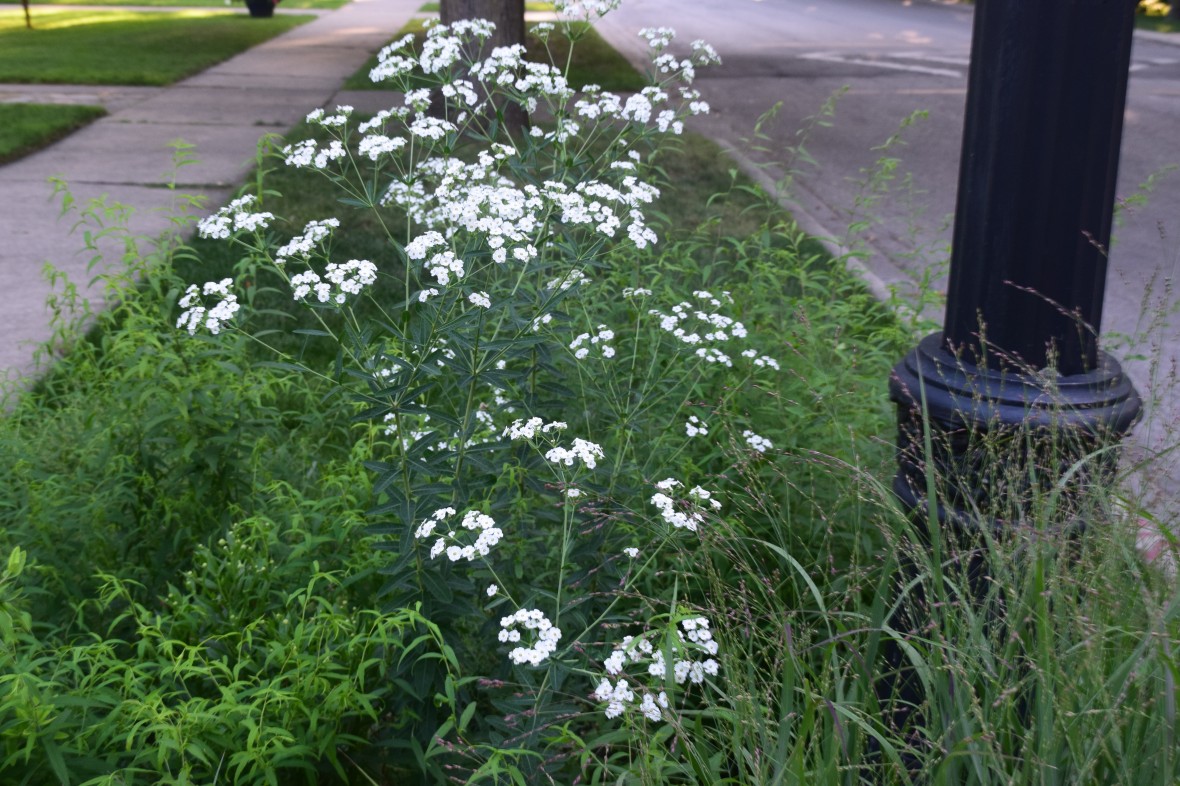 The most eye-catching flowers in the Lampost Bed are those of Prairie Spurge (Euphorbia corollata). The flowers suggest another of this plant’s common names, Prairie Babies’ Breath.

This clump of Prairie Spurge is expanding slowly. It’s suited to this spot, being drought-tolerant and liking lean soils. It attracts a lot of pollinators but is resistant to deer and rabbits. 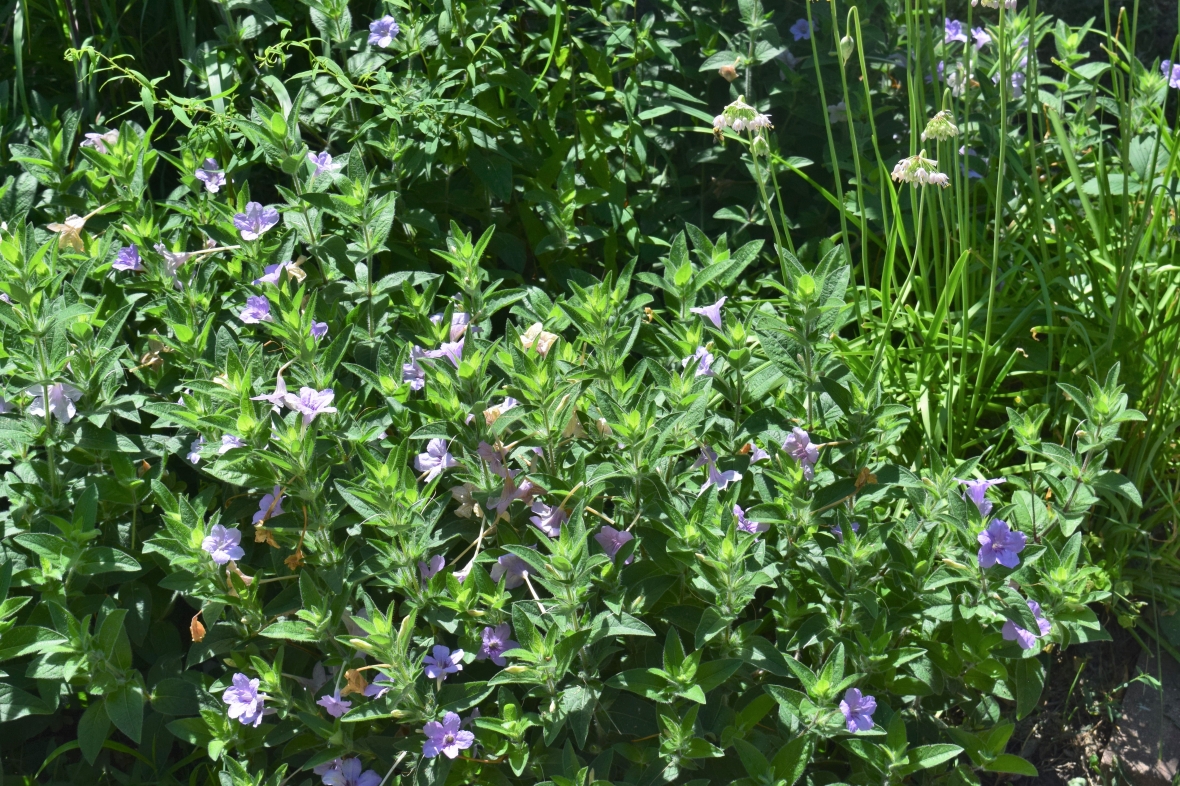 Wild Petunia (Ruellia humilis) and Nodding Onion (Allium cernuum) are also blooming in this bed at the moment.

Nodding Onion is an unassuming Allium, with small flower clusters of pale lavender. It has an interesting look before it blooms, with the flower buds making a more emphatic droop.

Between the sidewalk and the Crabapple there are ‘Summer Beauty’ Alliums (Allium lusitanicum). This is one of several plants I had to have after first seeing it at the Lurie Garden. Not all of these plants have thrived, but this one has done pretty well. I am surprised that it does not spread aggressively. To the side you can see the unopened buds of Nodding Onion. 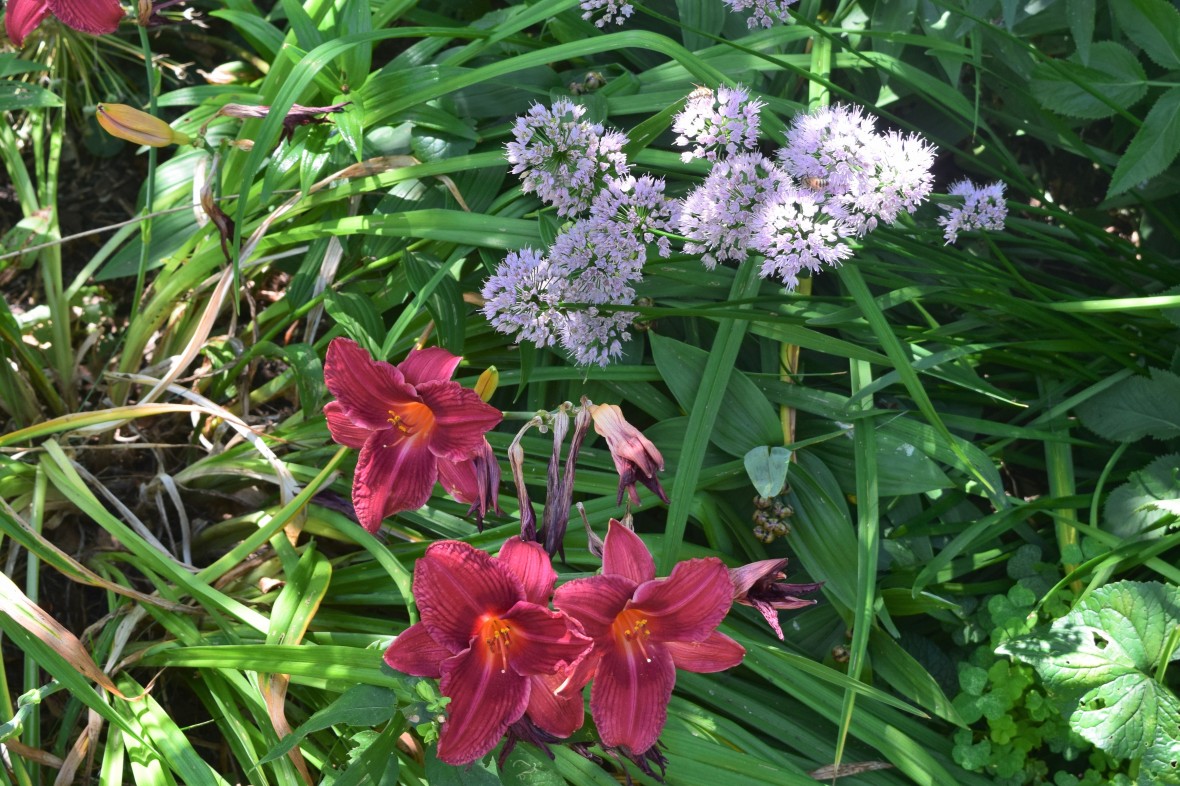 Daylilies grow along the edge of the Crabapple Bed. This one is called ‘Chicago Apache’. However, the Daylilies have become sparser as ‘Donald Wyman’ grows and casts more shade. They may need to be replaced, or at least divided. 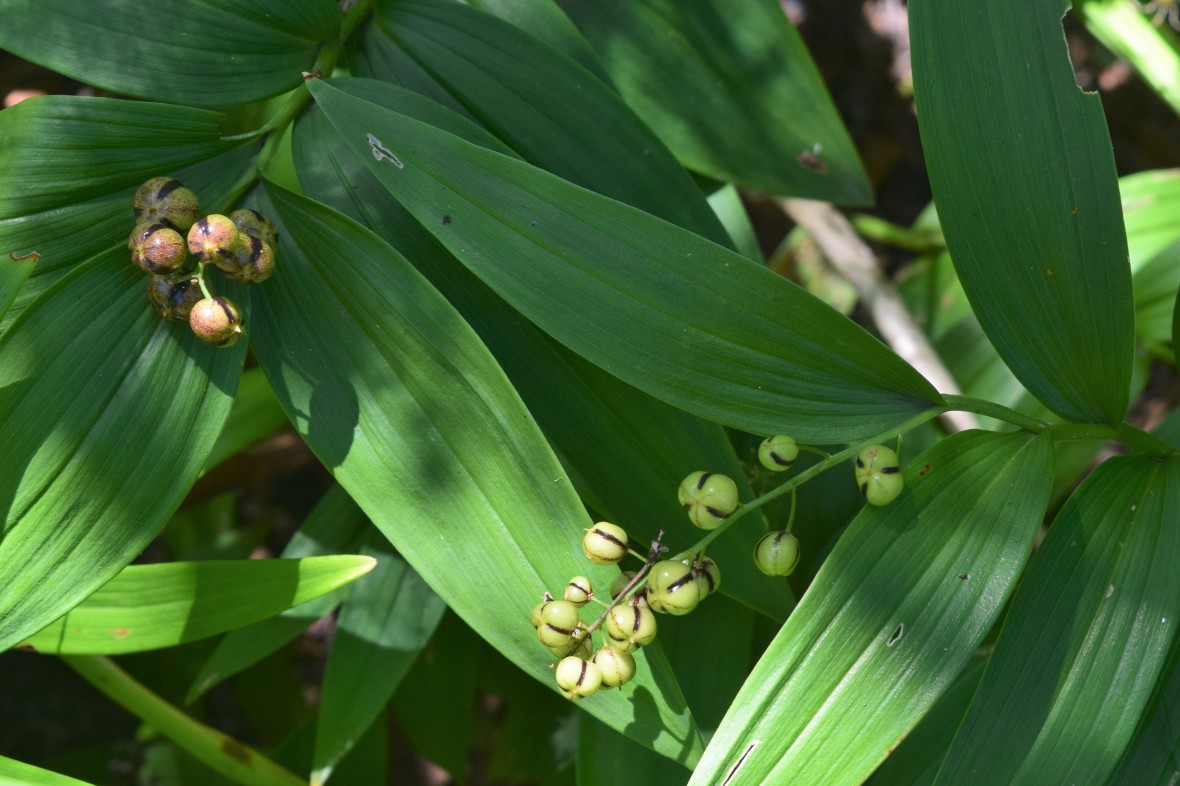 There’s a mix of stuff under the Crabapple. The Starry Solomon’s Plume (Maianthemum stellatum) is sporting little striped fruits. There’s also a mix of self-sown Asters and some Inland Sea Oats (Chasmanthium latifolium) I had better keep an eye on.

The ‘Italian White’ Sunflower (Helianthus annuus) I started from seed is the first thing that grabs your attention in the Herb Bed.

I may have already mentioned ‘Italian White’ is my favorite sunflower.

A while back I decided to let the Herb Bed run a bit wild. Right now it includes Oregano (Origanum vulgare – lower right), Rue (Graveola rutens – upper right). Chives (A. scoenoprasum). There’s also Parsley (Petroselinum crispum), and I filled in with some white Cosmos (Cosmos bipinnatus).

There’s also self-sown Bronze Fennel (Foeniculum vulgare) and Borage (Borago officinalis). Bronze Fennel is semi-perennial here, it can survive a mild winter but perishes in the sort of very hard winter we just had. This is good, because otherwise it would take over completely. For some reason the Borage does not seem very vigorous this year.

I planted Basil (Ocimum basilicum) started from seed on the west side of the Herb Bed, where it gets lots of hot afternoon sun. However, I neglected to mulch it, so the Sweet Basil was absolutely fried. I ended up replacing those plants with a smaller-leaved variety, and I mulched those as soon as they were in the ground.

Here’s a view of the Herb Bed from the far end. The tuteur supports Clematis ‘Multi-Blue’, now past its blooming time. The Herb Bed is more for the pollinators than for us, the only plants we really use in the kitchen are the basil and parsley.

So, that’s the state of  my Left Bank. Now all I need is a little cafe and some French intellectuals.

33 Comments on “Blooms of the Left Bank”