Posted on November 30, 2018 by gardeninacity

In the midst of all this November bleakness, I thought it would be good to think back on the green days of summer. More specifically, to our July trip to Michigan’s Upper Peninsula. For more information, you can also look at this post.

We were staying in a cabin on the shore of Lake Superior, at the eastern edge of the Porcupine Mountains Wilderness State Park. One day we decided to visit the lower end of the Presque Isle River, which is at the western end of the park. Just about the first thing you come to is a suspension bridge over the river, which makes for a good viewing platform.

This is looking north, towards Lake Superior.

This is a short but turbulent river, with many rapids and waterfalls along its 40 miles. The water is tinted red, which I understand is due to a high mineral content. Historically the UP is mining country, mainly copper but also iron. These days the mines are all closed.

Presque Isle is not a quiet river. It emits a steady roar from all the rushing and falling waters. You can get a sense of that from this video that Judy took from the suspension bridge.

Judy and I got confused by the trail map, and ended up on on the East River Trail, which is a lot rougher than the trail on the opposite bank – mainly a boardwalk. Part of the east trail requires clambering over rocks and driftwood. The two of us don’t clamber like we used to. 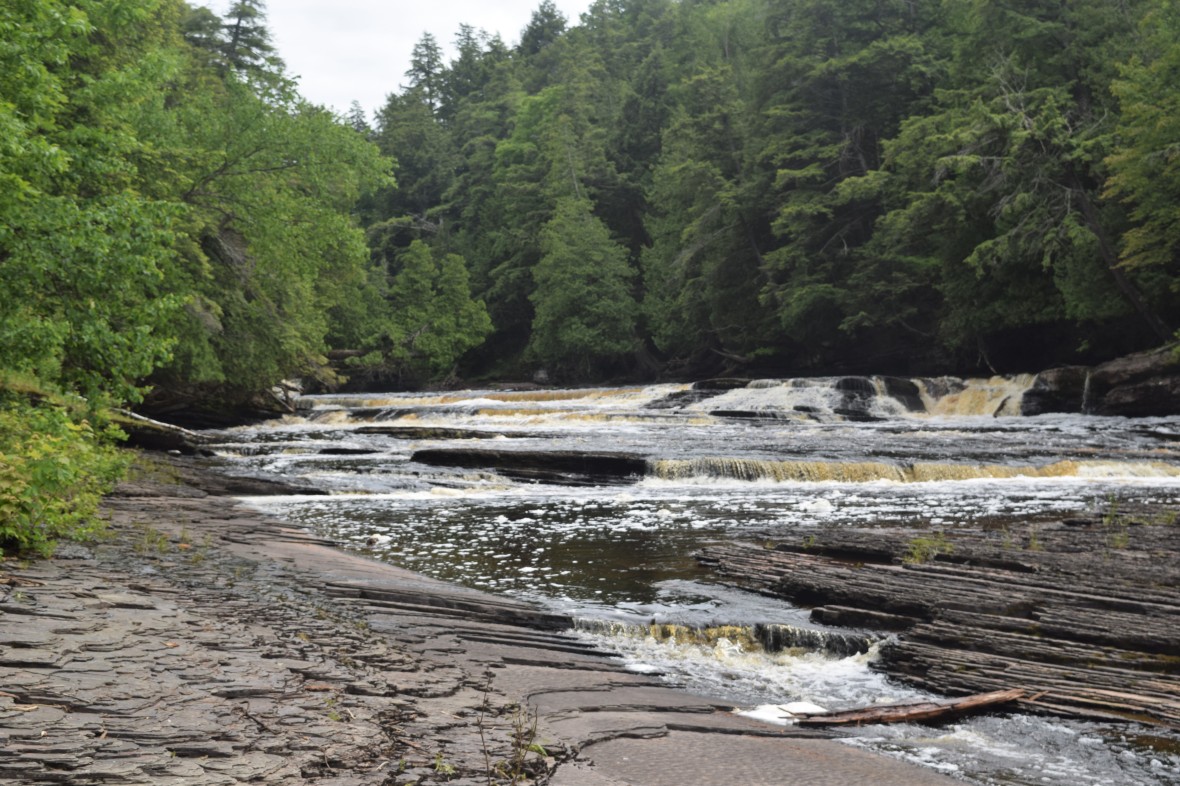 Although this stretch of the trail offered a nice view of the river. The forests here are so intensely green, you feel like you are breathing in chlorophyll. Among the most common trees are Eastern Hemlock (Tsuga canadensis), Yellow Birch (Betula allegheniensis), and Sugar Maple (Acer saccharum).

The east trail involved lots of climbing and descending, plus stepping over little brooks feeding into the river, so that your feet would likely be wet  by the time your were done.

Parts of the trail were covered with exposed tree roots. I wonder if this was due to erosion, which was evident on stretches of trail.

There weren’t a lot of wildflowers blooming in midsummer, but we dis see some Bunchberry (Cornus canadensis). 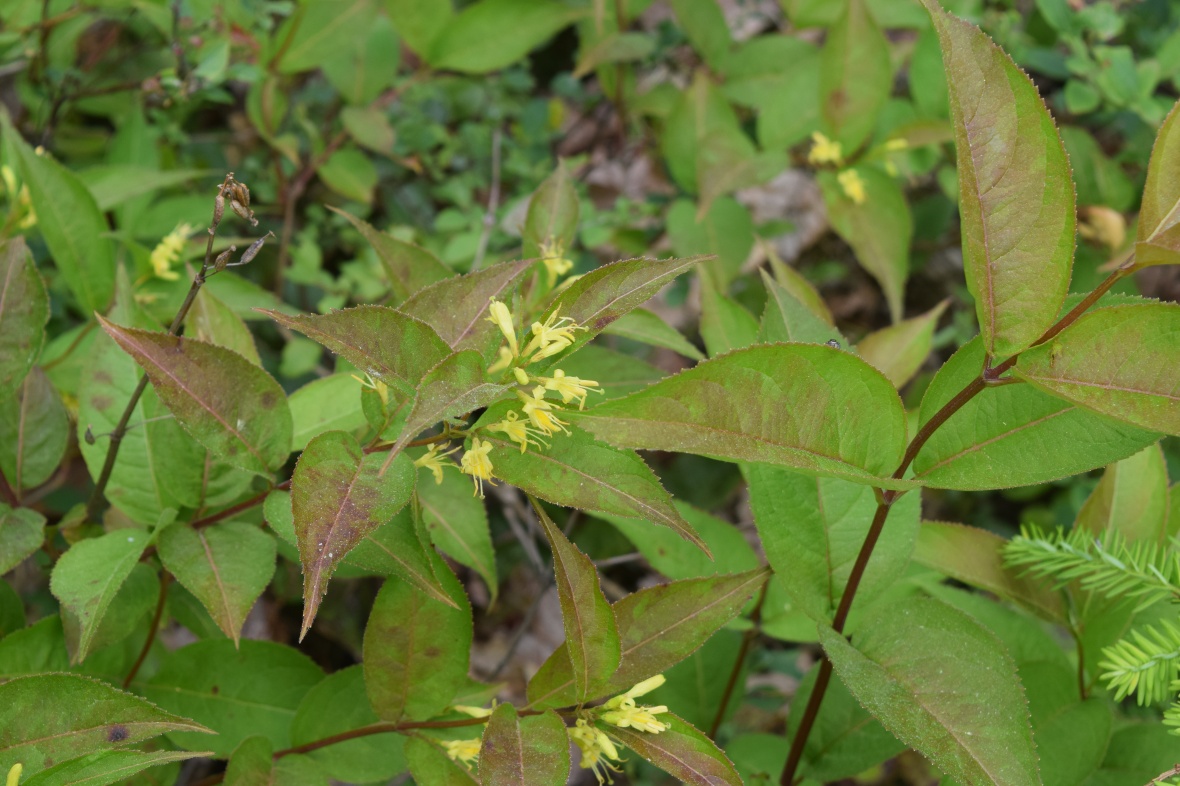 To be honest, the trail was not that long – just a couple of miles – but Judy and I were pretty pooped by the time we were done. On the way back to the cabin we stopped at a roadside trailer selling fried fish, which was fairly restorative.

A couple more posts still to come on our trip to the UP.

← First Snow
Moving the Tulip Pots into the Garage →