Posted on November 6, 2017 by gardeninacity

A Garden With a Sense of Humor

And now for another of the gardens of the DC Fling, this one belonging to Ellen Ash and located in the suburbs of Northern Virginia. The aspect of this garden that has stayed with me most is its sense of humor.

The front of the house is mostly conventional, though there were some spray-painted Alliums that raised a few eyebrows.

The back garden is full of tranquil mossy paths …

But those paths lead to frequent quirky vignettes, as with these “attack flamingos” 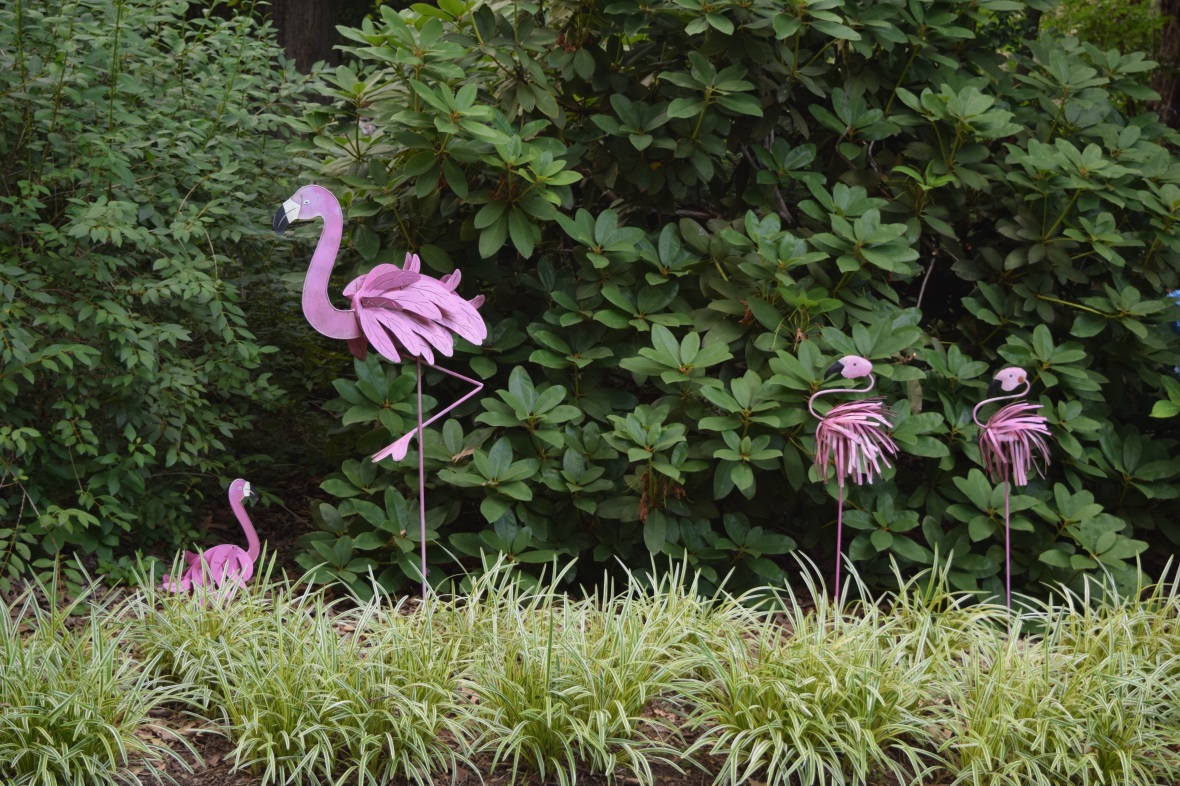 I liked this mama flamingo and her babies. 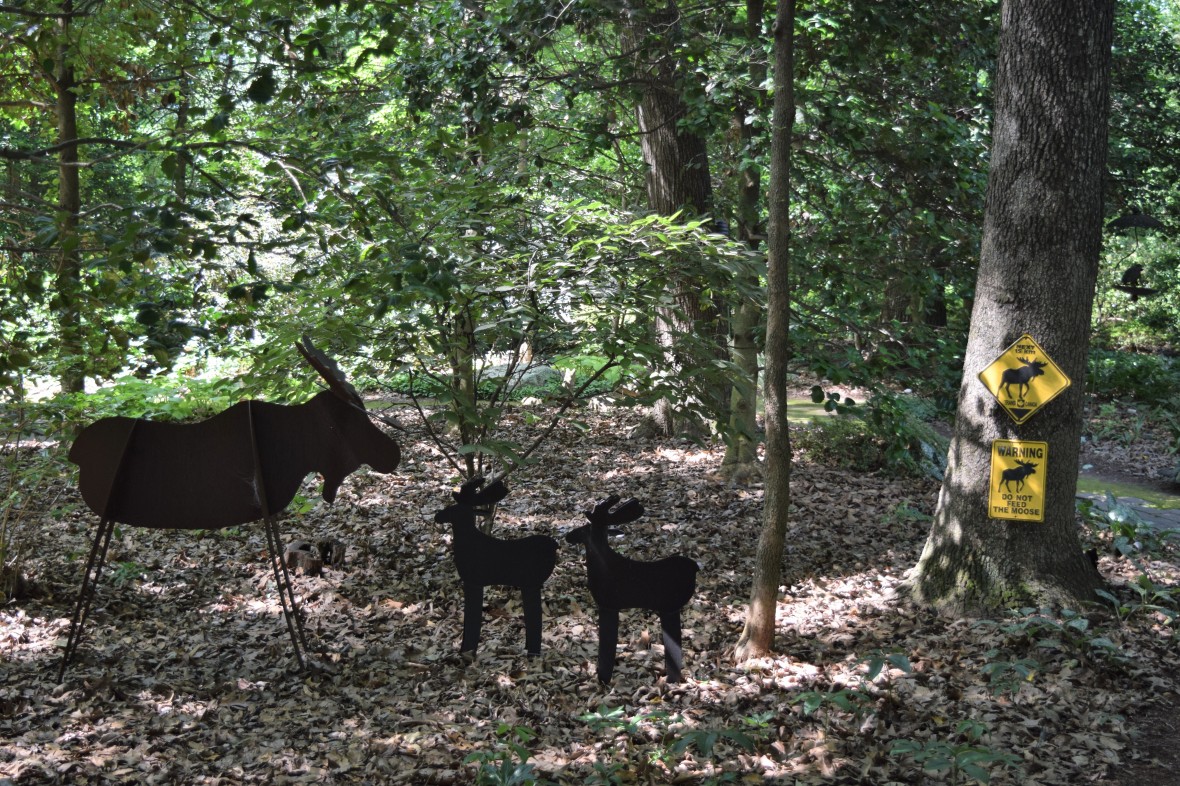 Moose and flamingos in the same garden – talk about biodiversity!

There are also fat cats.

And creepy crawly spiders, good for a Halloween display.

There’s a magical watering can. Apparently with the right magic you will never run short of water. 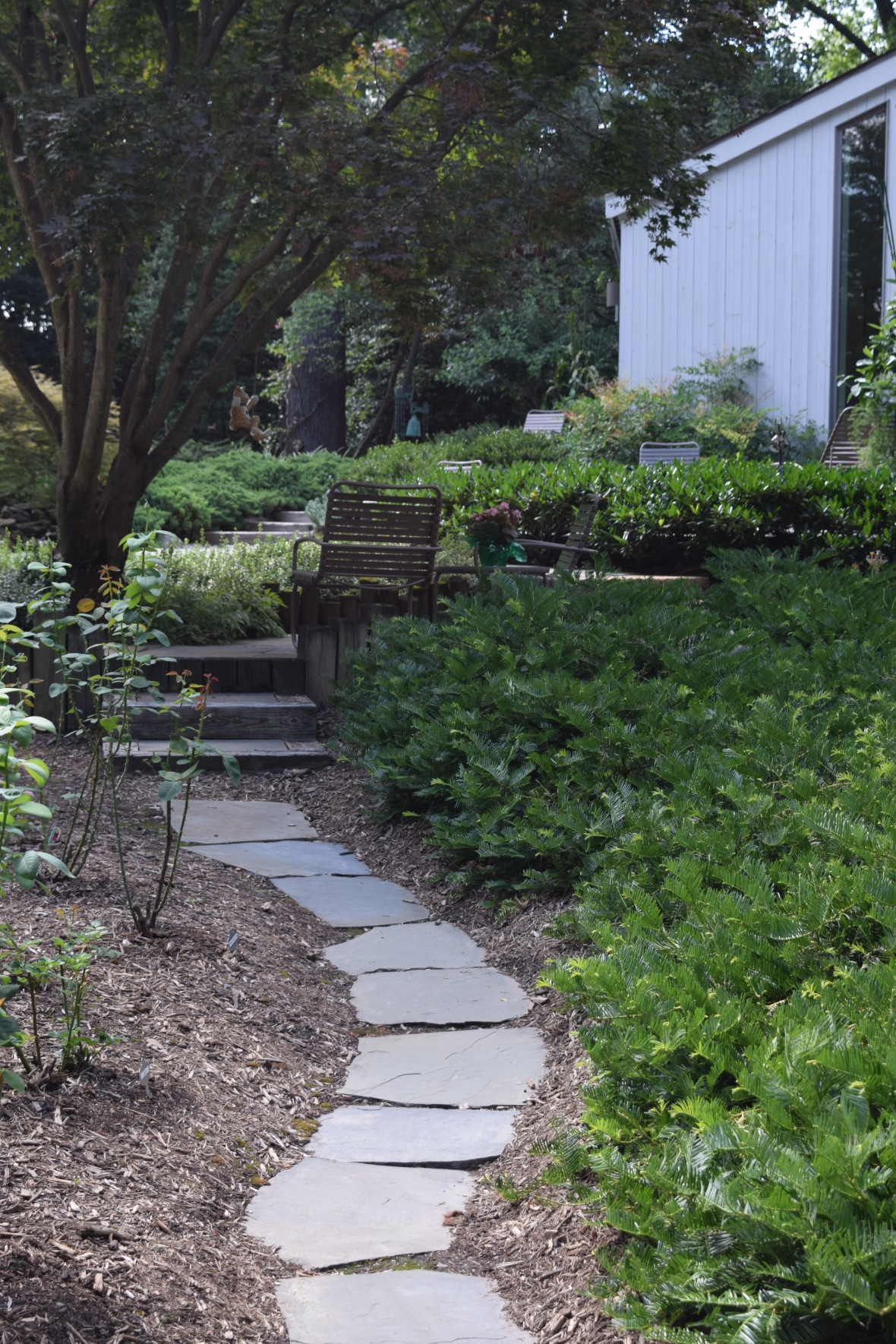 More paths with plenty of shady spots to rest. 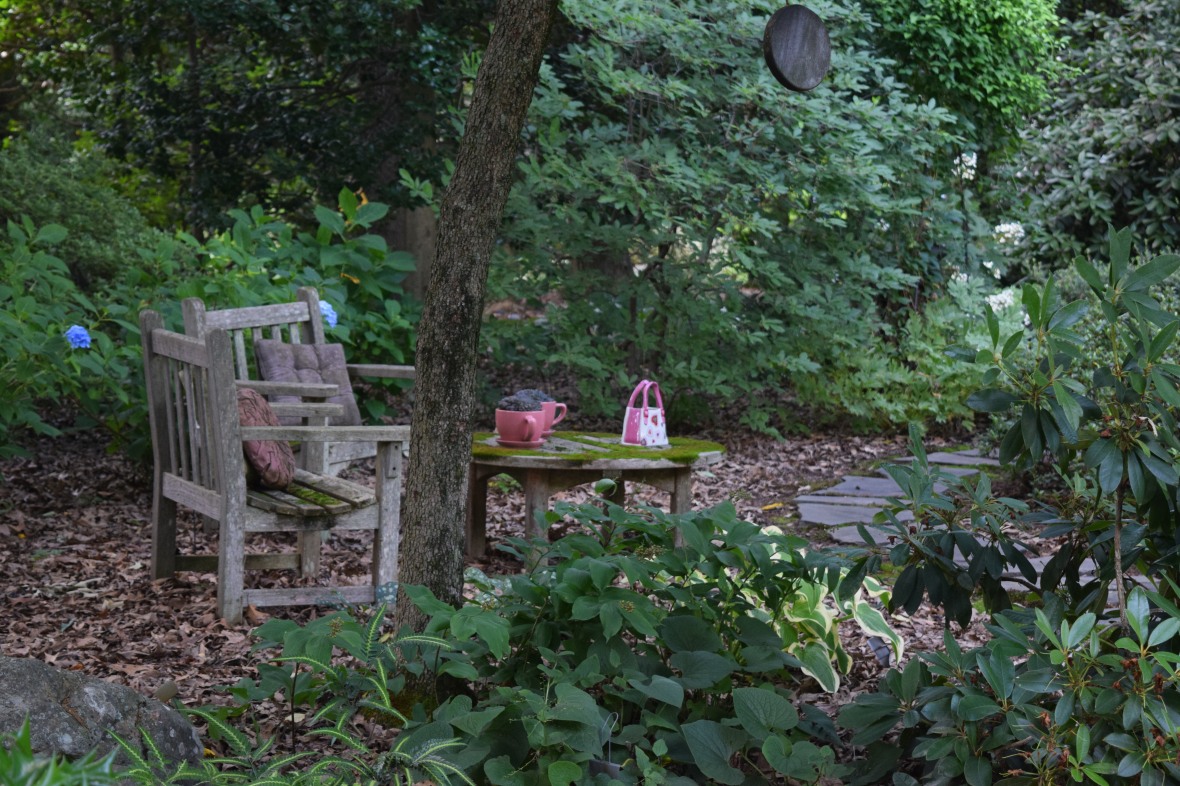 It appears that a tea party was interrupted at this table. 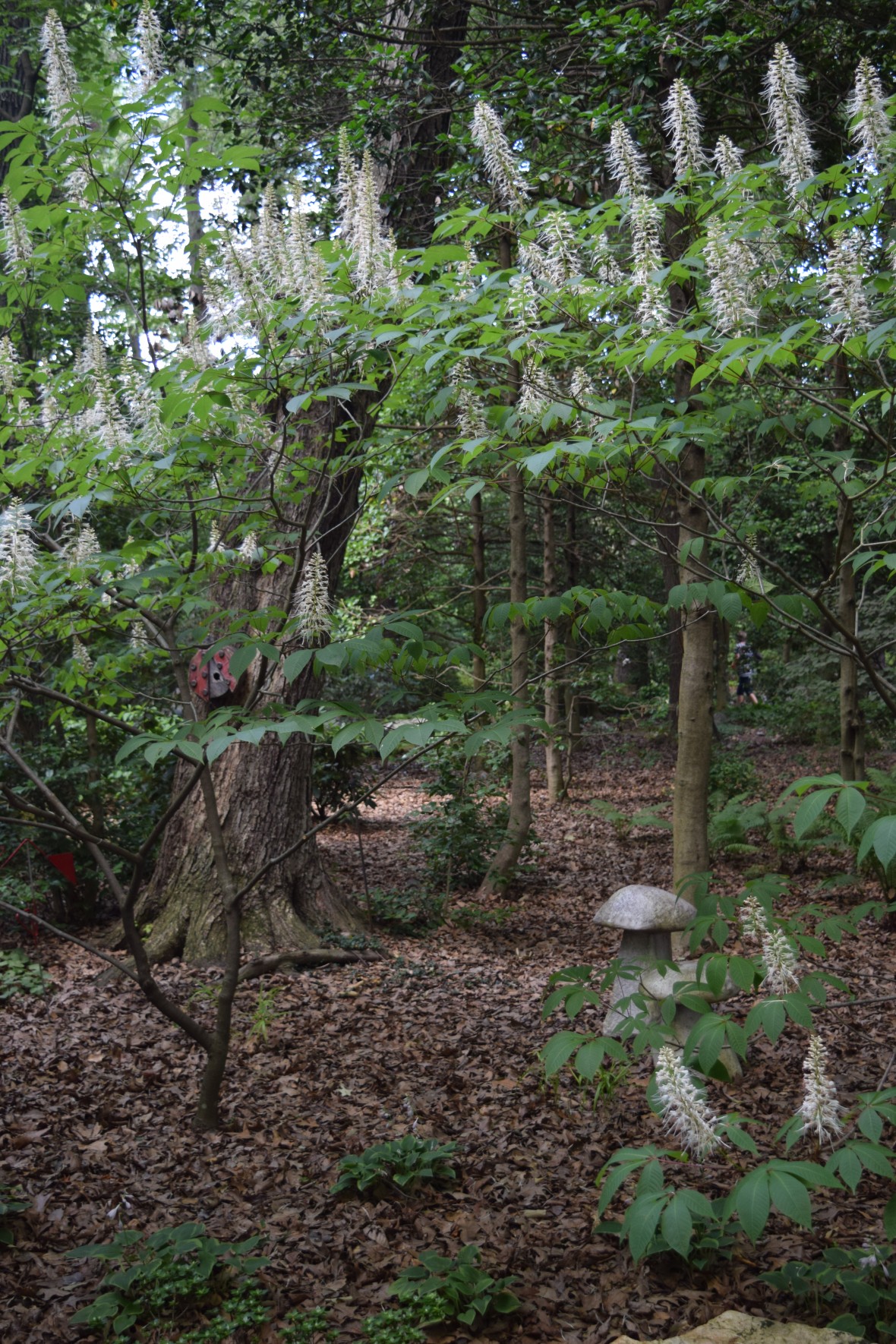 A large Buckeye (Aesculus) shrub of some kind provided some summer blooms in the shade. 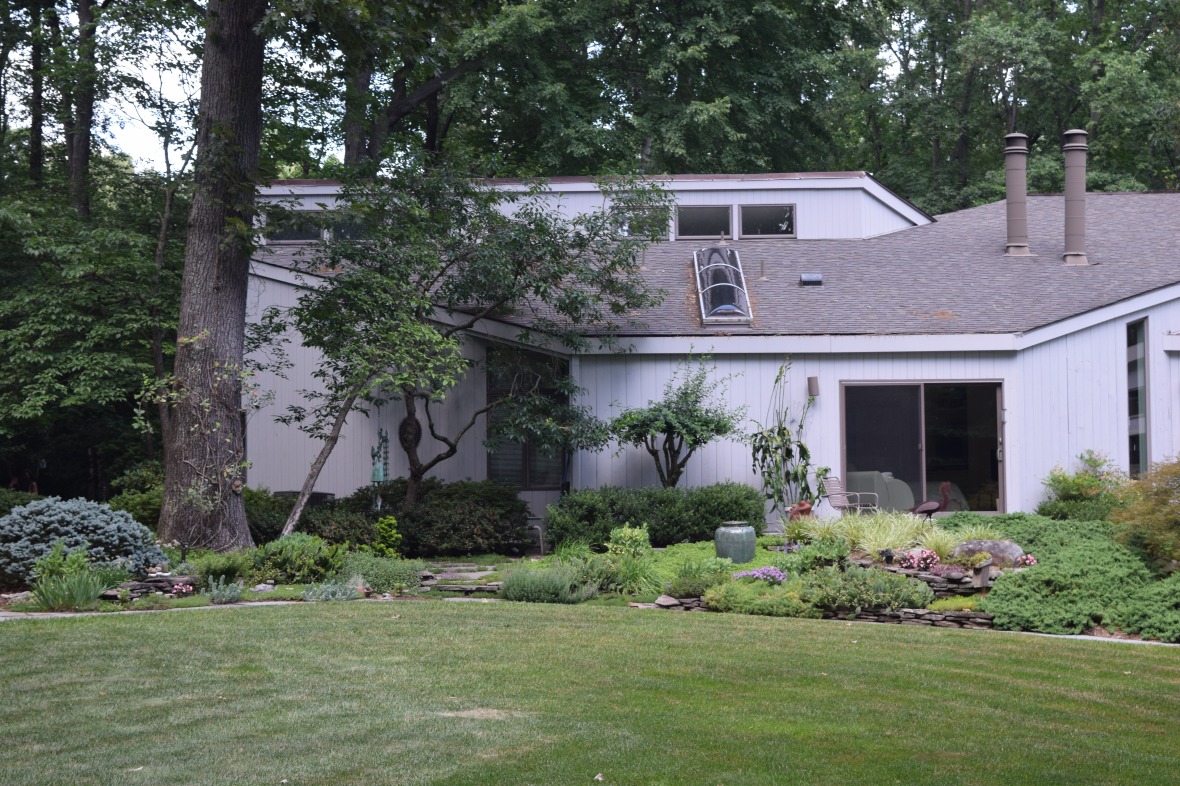 Here’s a view of the back of the house. The woodland garden surrounds a large central lawn.

All these blue Hydrangeas are impressive, though personally I prefer white Hydrangea blooms. 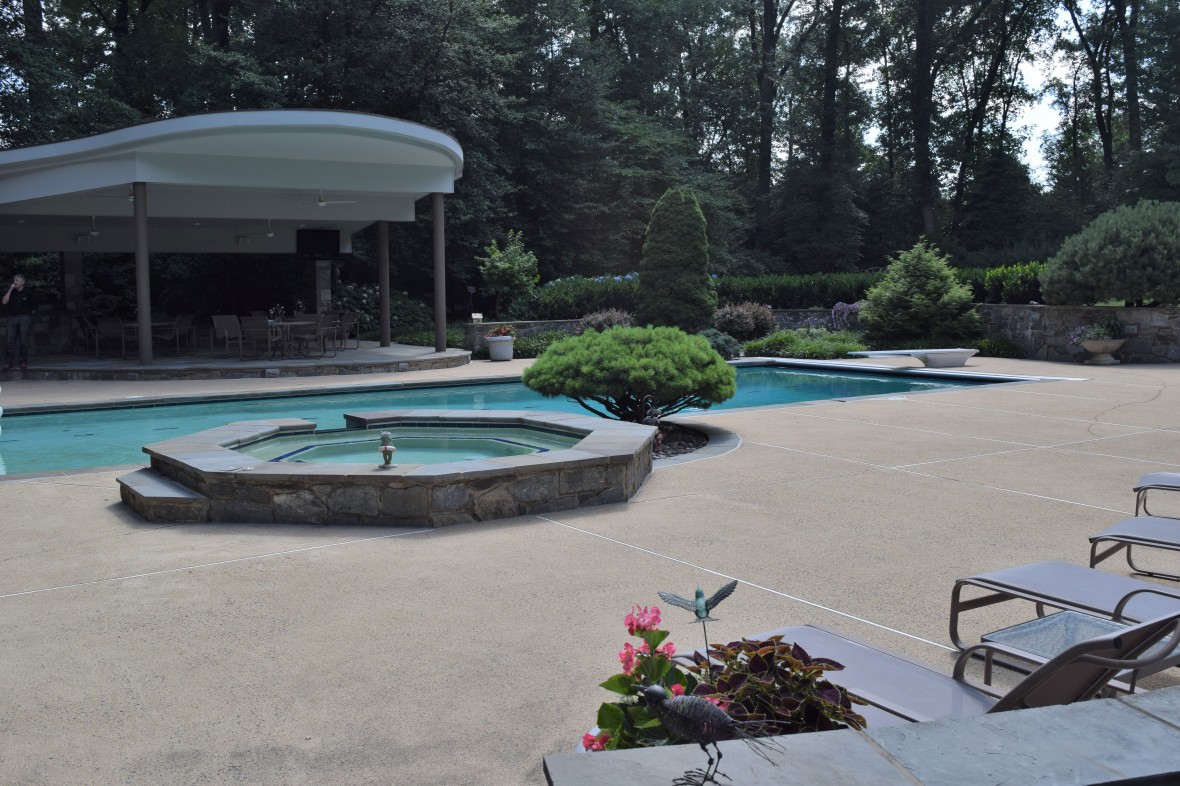 That back garden also contains a large pool.

While a nearby cat enjoys a swinging lifestyle.

But be careful not to wake the sleeping loepard! 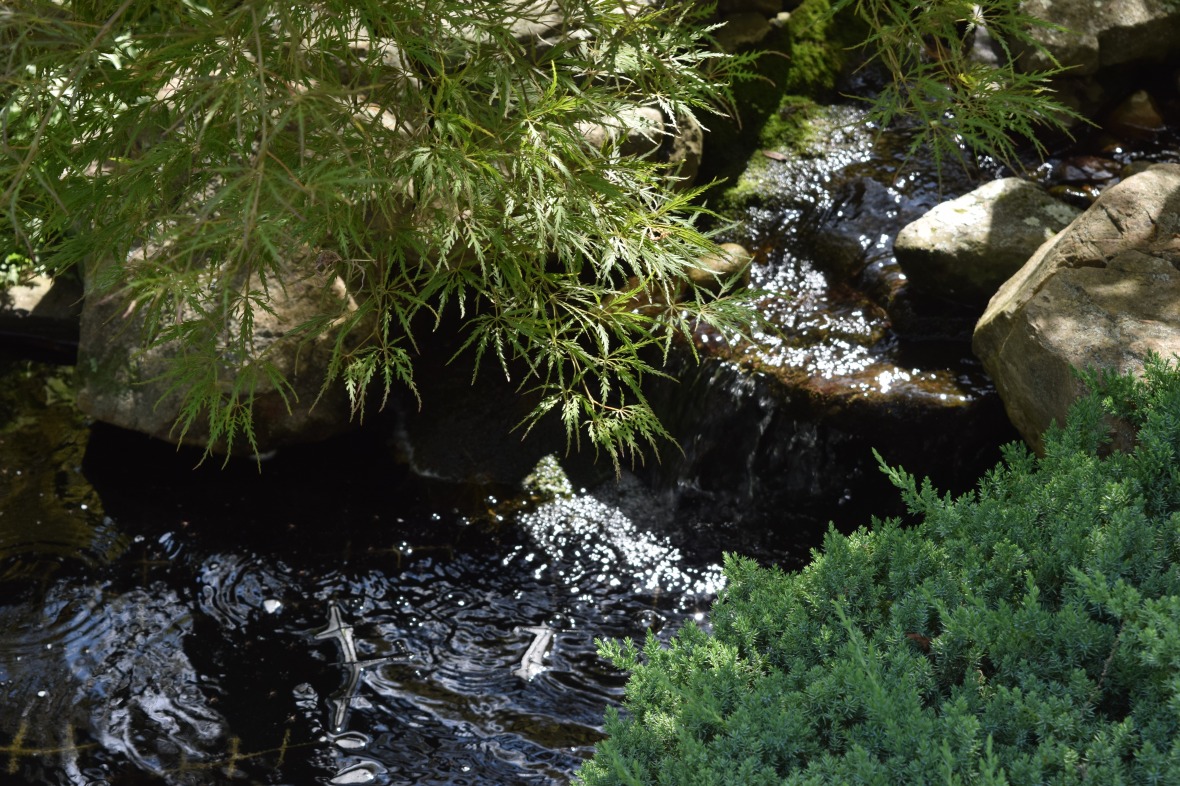 Including a pond full of koi and water lilies.

Here’s another water feature in the shady woodland. 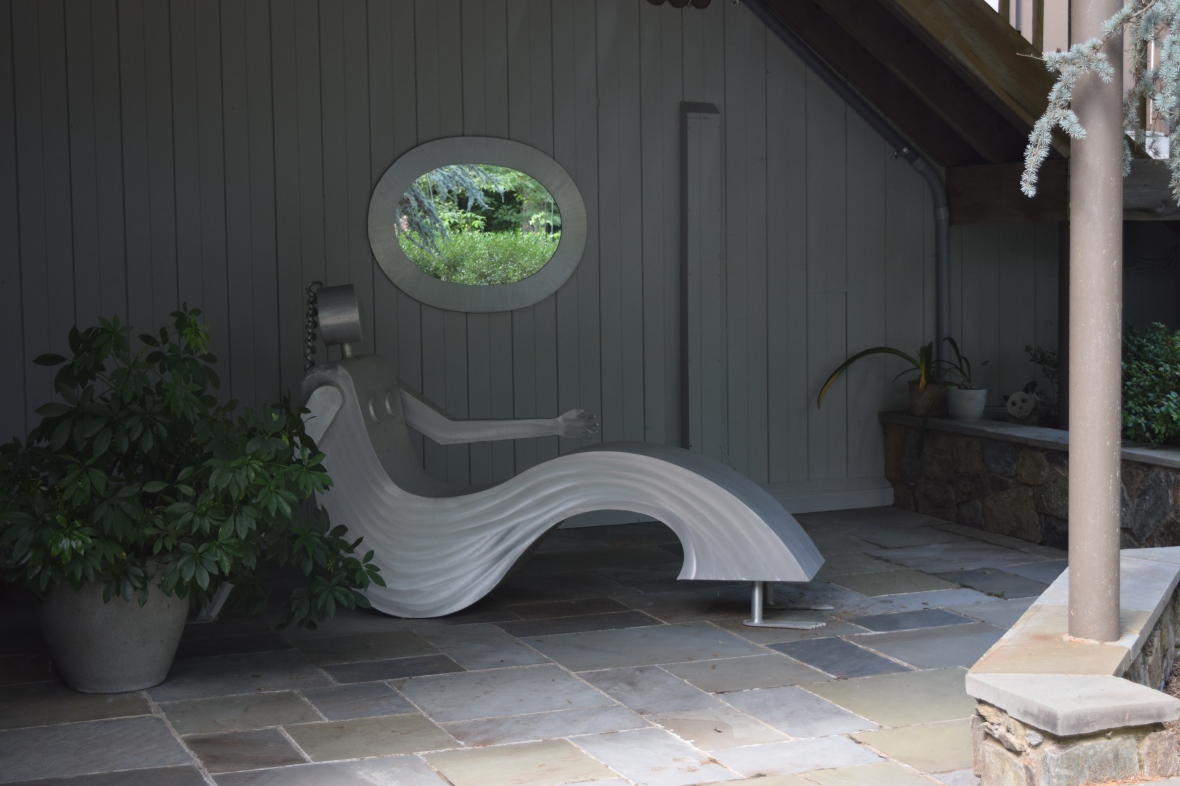 I wasn’t really sure that this aluminum space lady is meant to be reclined upon. It doesn’t look very comfortable.

It’s nice to see a garden where the gardener lets her imagination run free.

42 Comments on “A Garden With a Sense of Humor”