It’s not that a March snowstorm is unusual for Chicago. Chicagoans may react to snow even in April with just a weary shrug. It’s just that the preceding February was so warm that people were walking around in shorts, for crying out loud. I am not making that up.

As you may recall, it was so warm that I had to uncover my container tulips. I felt guilty because they had been left smothered in leaves while they were suffering for want of light.

Then, just about a week after I uncovered them – bam! Freezing weather, going as low as 13 degrees F (-11 C). The picture above was taken on Sunday. Despite the cold, most of the container Tulips seem to be doing OK – though there was some rather limp foliage.

Then this morning, after several days of below freezing temperatures, the garden and I wake up to a 6″ layer of snow. And several inches more may arrive through tomorrow.

Mother Nature isn’t playing fair. She robs us of our weather stoicism with a February that feels more like May. She lures the plants out of their winter snooze with balmy temperatures. Then in March she blasts us with frigid air and whacks us with great big snowballs. 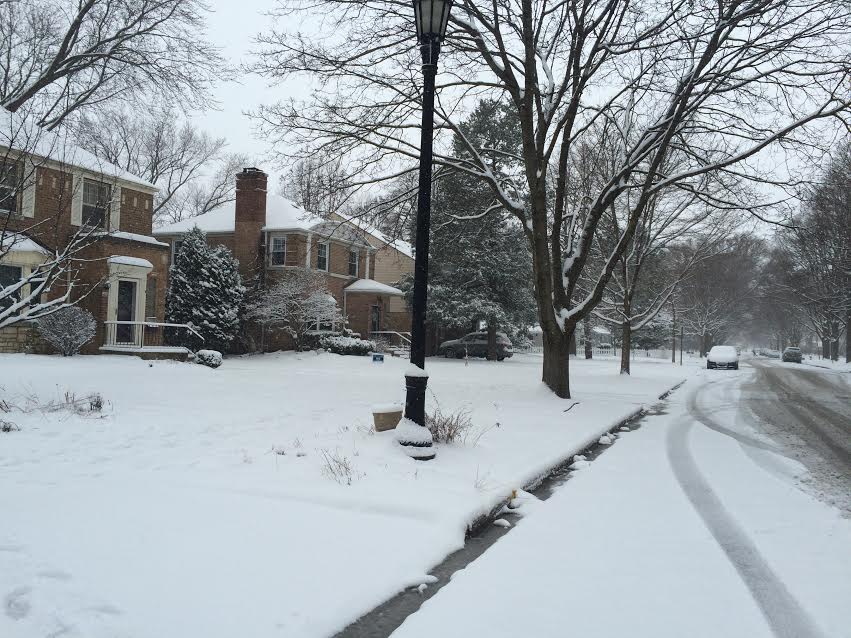 Although if we’re going to have a hard freeze, it’s better for the plants to have an insulating layer of snow. How much damage has been done to tender buds will be seen when the weather warms again.

I don’t expect perfect weather, I just want is a little consistency. Is that too much to ask for?