We really only saw one corner of Ueno Park, which is one of Japan’s first Western-style recreation areas. It’s a big place, over 100 acres, and it contains a zoo, shrines and temples, and several major museums. 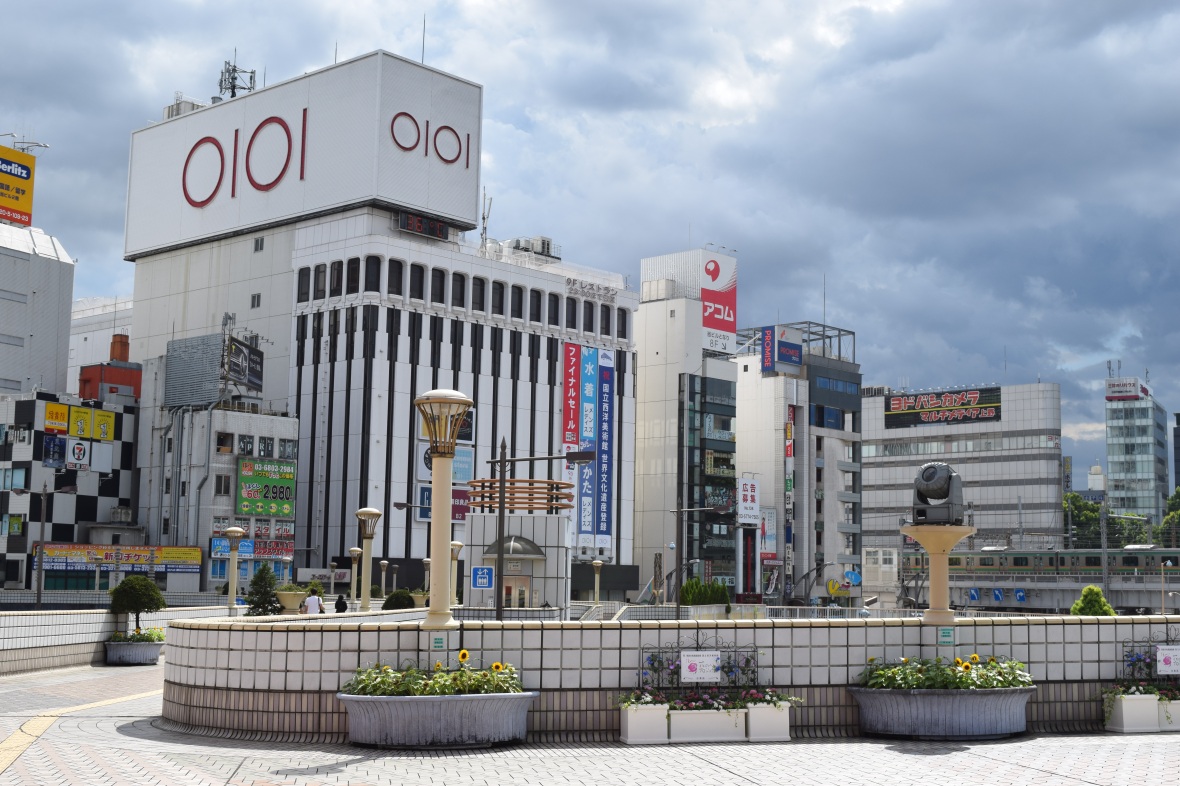 One way to get to the park is via a spacious elevated walking path, featuring containers full of sunflowers and other annuals. 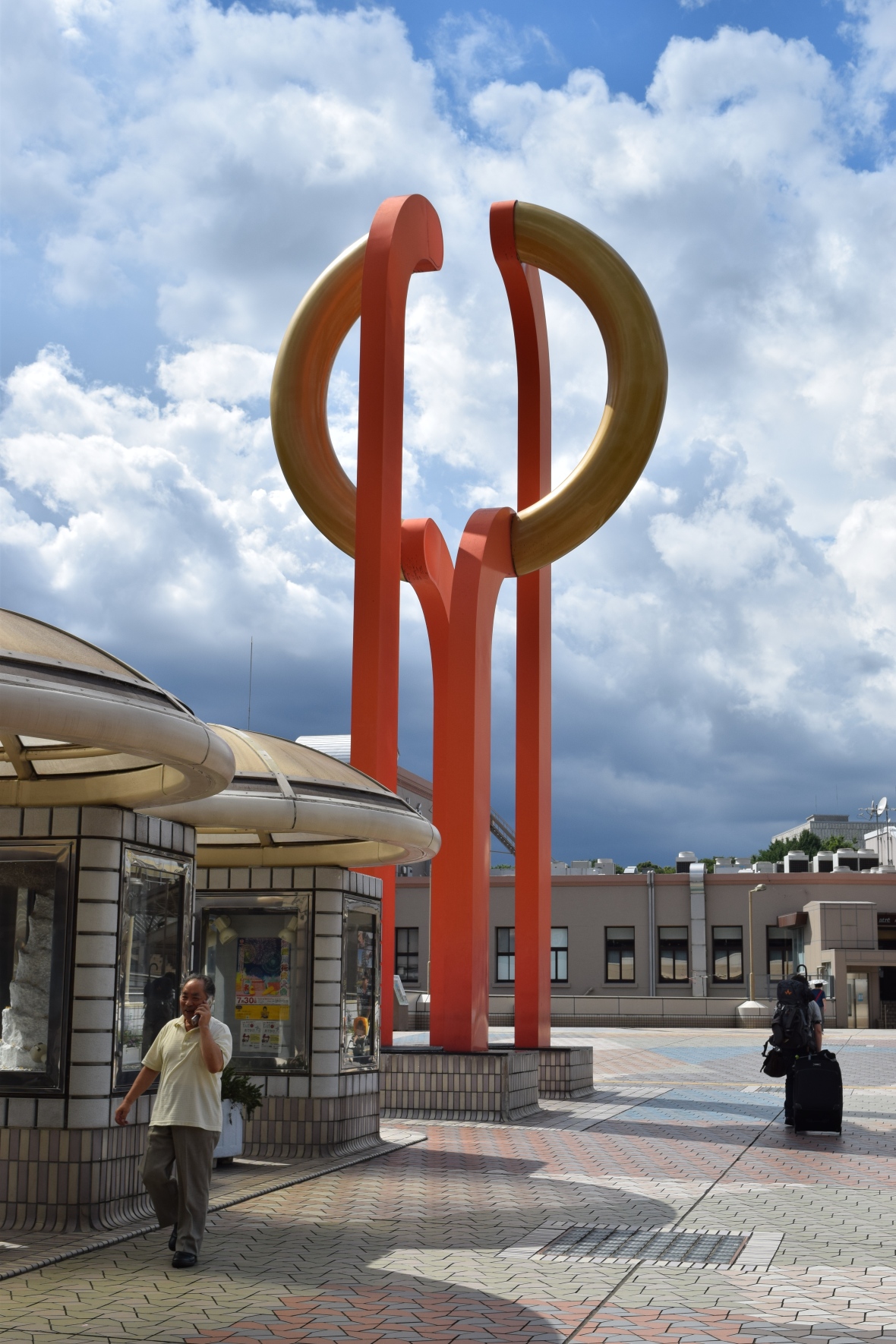 The park was built on what was once the grounds of a major temple complex. Most of the temple buildings were destroyed during a battle between Japan’s traditional feudal overlord and modernizers who rallied behind the emperor. Five years later, in 1873, the grounds were dedicated as a public park.

And here we are. 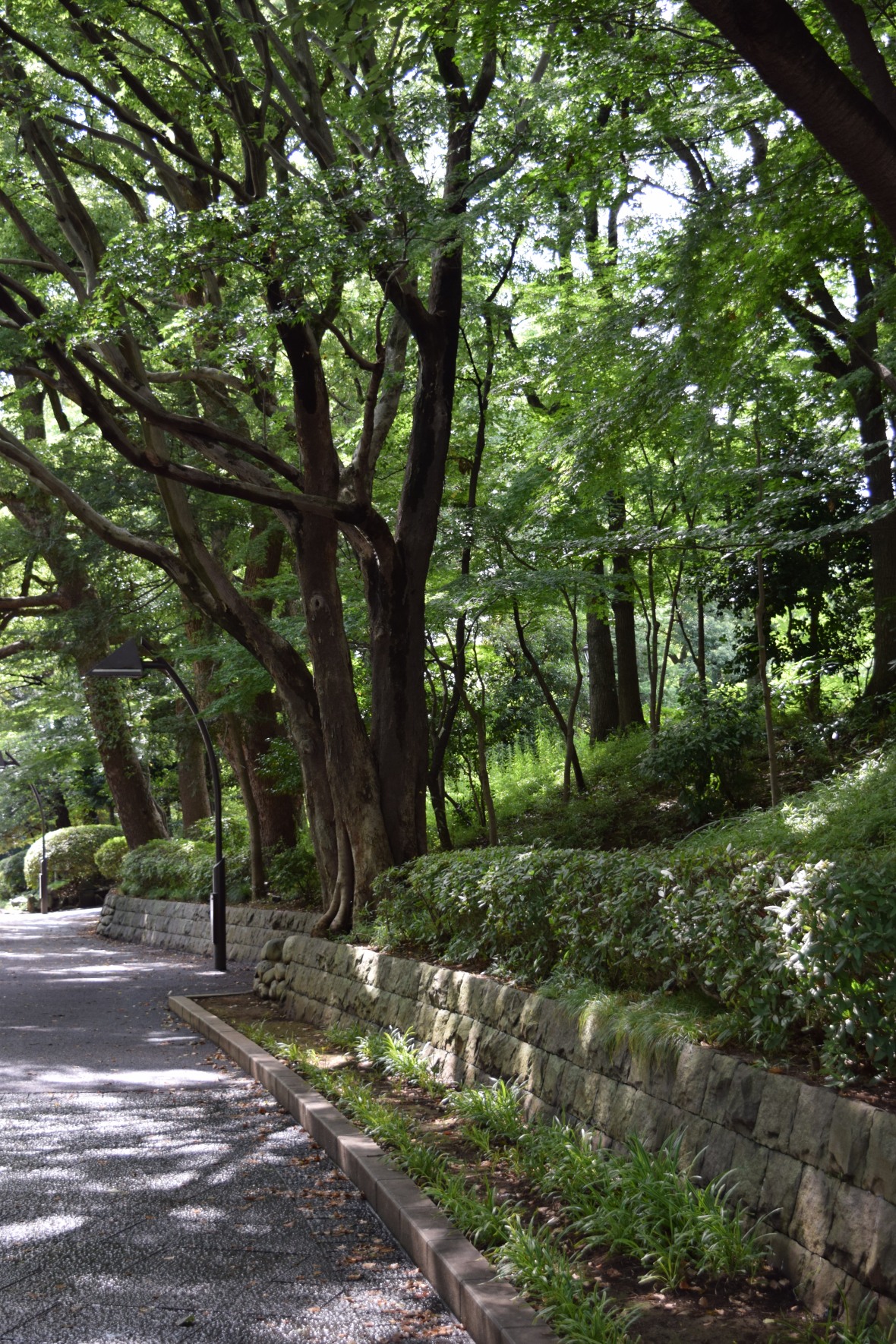 This corner of the park was full of large shade trees, but other areas are much more open. 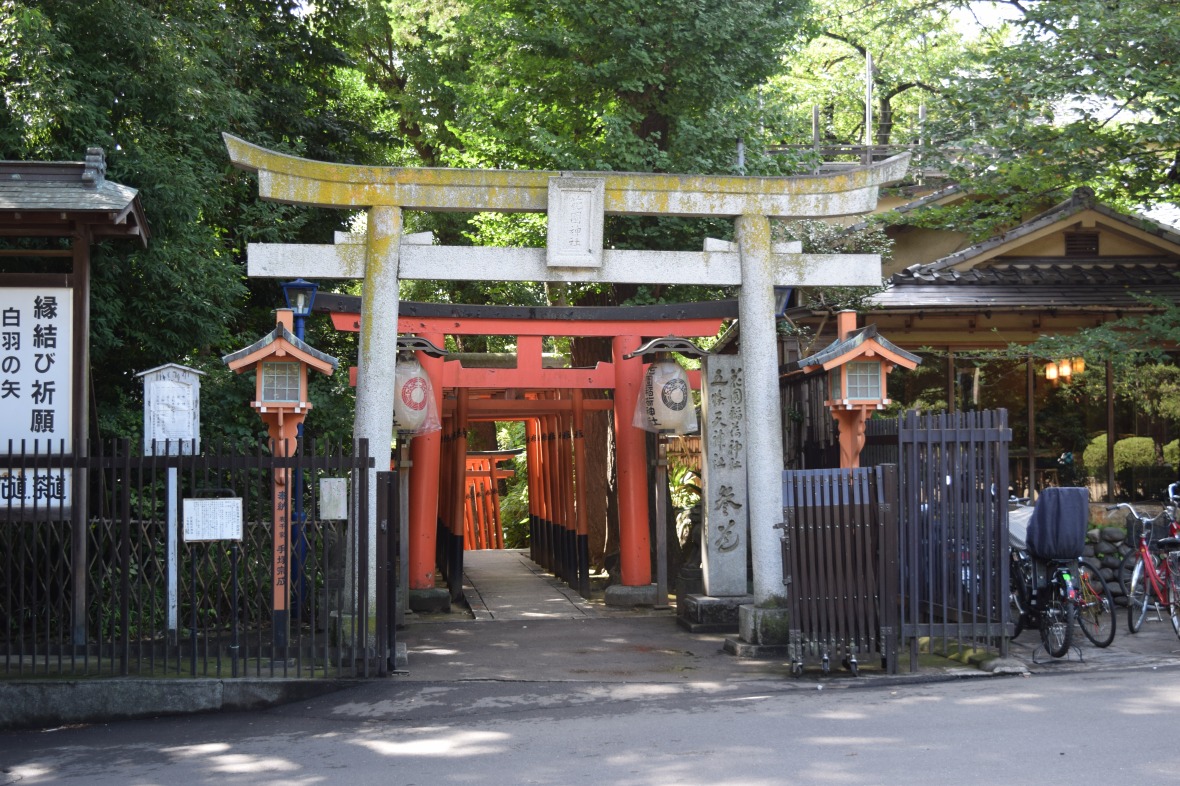 Several shrines still exist in Ueno Park. This is the entrance to one of them, called Kiyomizu Kannon. It dates back to the early 1600s.

Here’s something I learned: in Japanese culture, the color red is considered useful for protection against malevolent spirits.

The temple is dedicated to the goddess of conception.

Women hoping for a child come here to pray. Here’s a view inside.

Another thing I learned. Foxes are considered messengers and servants of an important Shinto deity. You will find lots of fox statues around temples and shrines. The red bib is for protection.

There is a small lake at this end of Ueno Park, full of lotus leaves in summer.

A path leads to a small island in the lake. Food stalls, varying greatly in appeal, line the walkway. 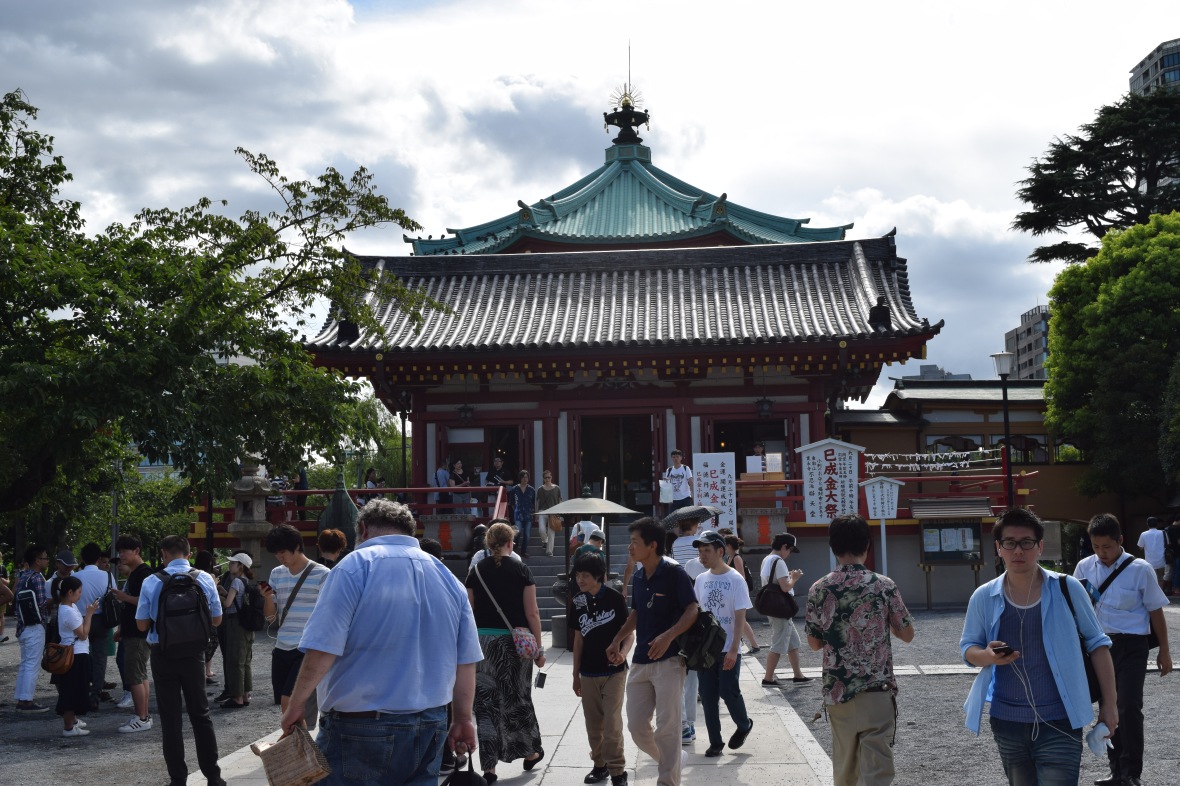 On the island you will find Bentendo Temple. 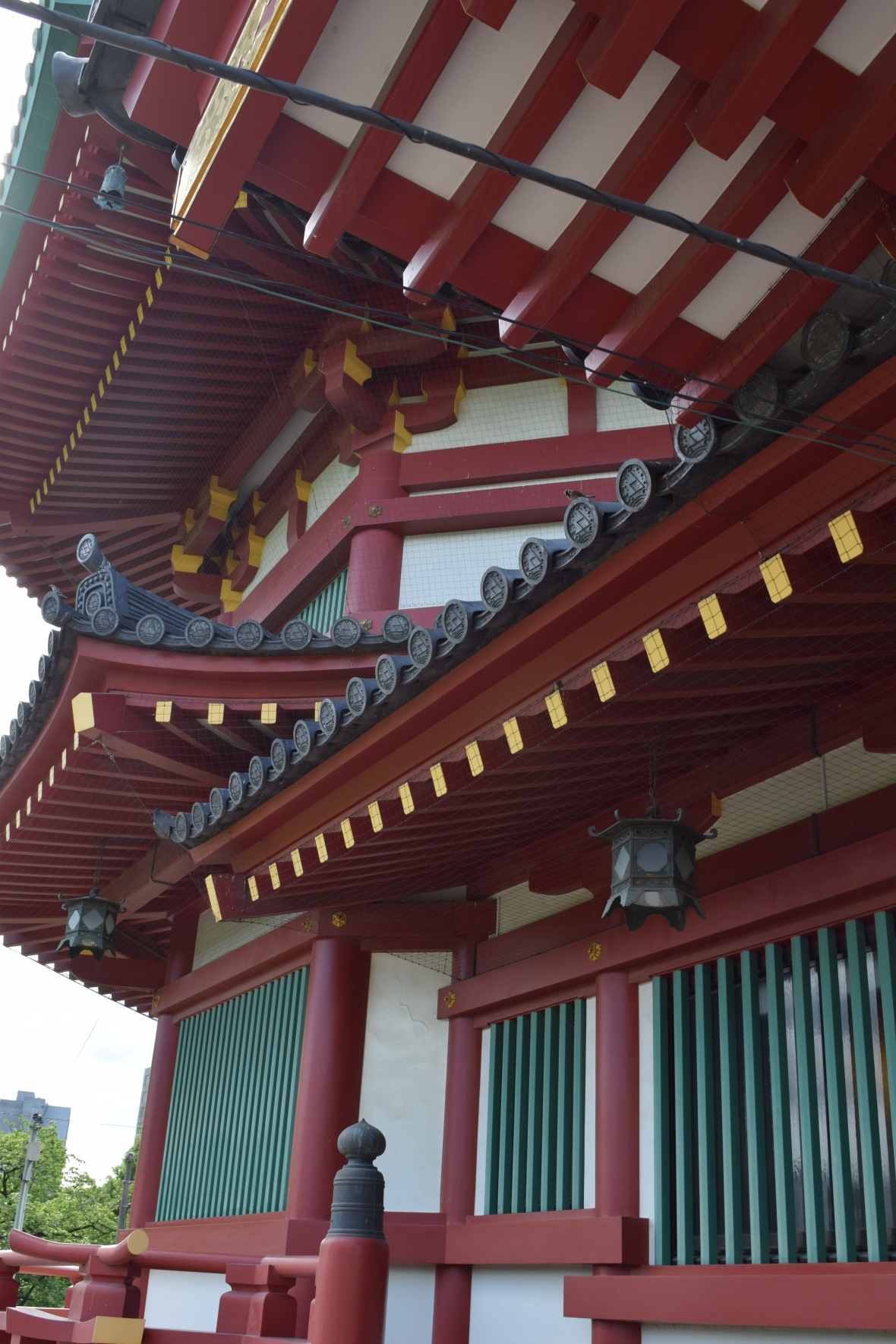 It is dedicated to Benten, goddess of wealth and various other things.

At this point the heat was really getting to us, and we headed to the hotel for a nap in air conditioned splendor.

Ueno Park is worth visiting, but I would not put it at the top of my list. I’m told it is extremely popular in cherry blossom season.

Much more to come on our trip to Japan.