It’s been a fairly warm autumn so far. Leaves are slow to color, flowers to fade. Though they certainly are fading. 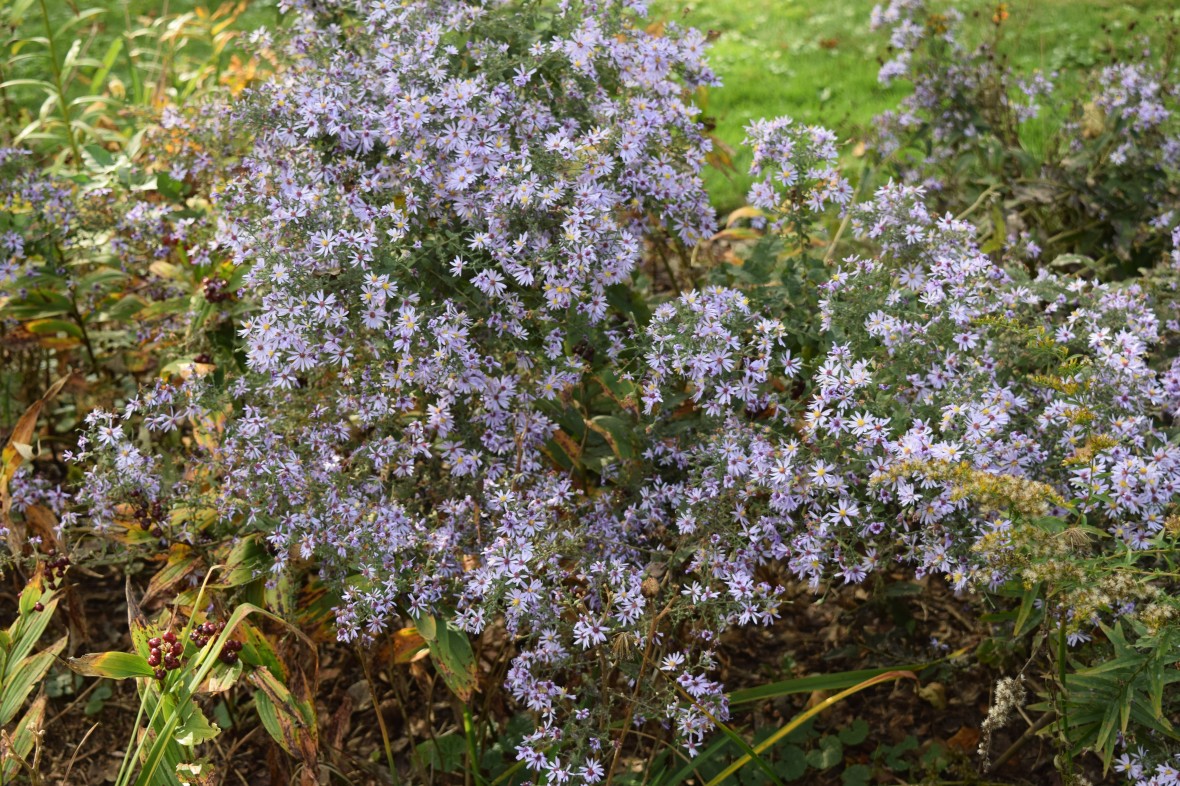 The most common blooms are the Asters, like the Short’s Aster (Symphyotrichum shortii) above.

They still bloom in their mounding masses, accompanied by the dried remains of summer flowers, like these Monarda.

You can peak over the tops of the Switchgrass (Panicum virgatum) growing in the Sidewalk Border and see the New England Aster (S. novae-angliae) in bloom. 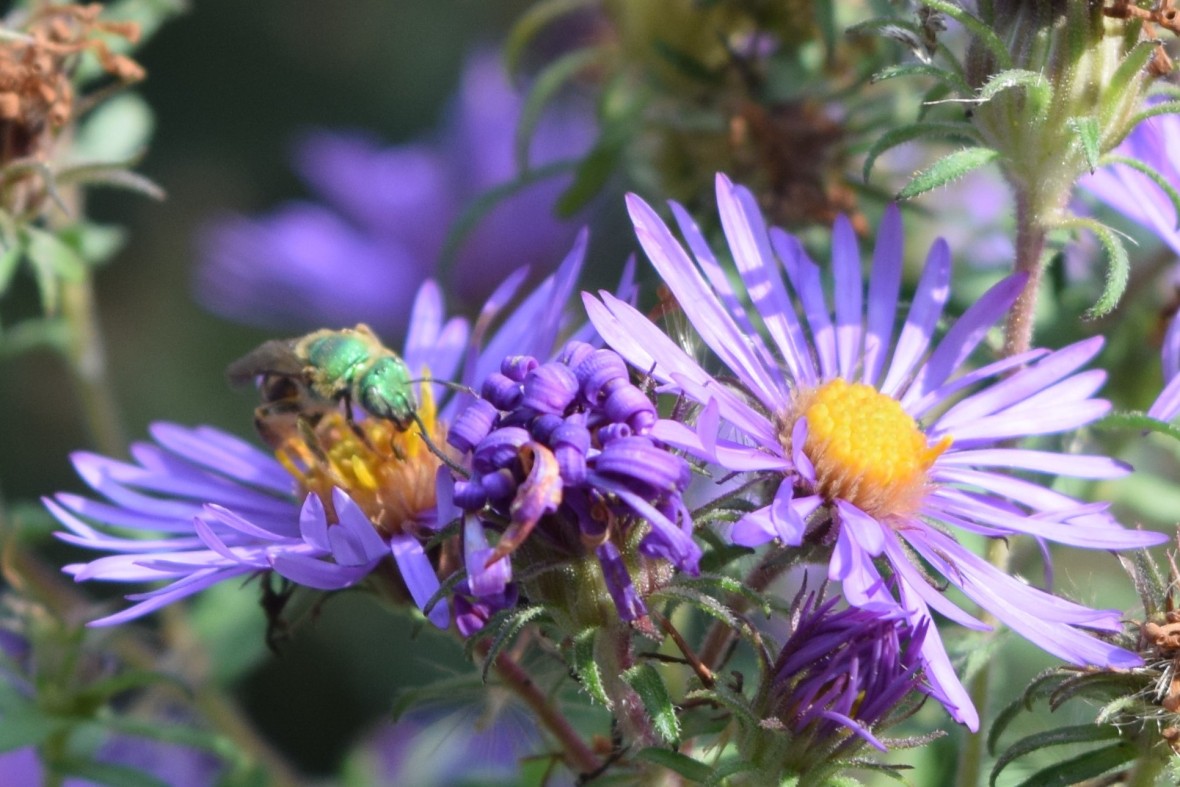 I know I had pictures of these sweat bees on the New England Aster in my last post, but I just had to include one more. I propose that these green pollinators be called “Martian Bees”.

Though its best months are August and September, the Mexican Sunflower (Tithonia rotundifolia) is still hanging in there, gamely pumping out a few last blooms. One thing that happens this time of year, though, is that the stems, some quite large, start to break off. 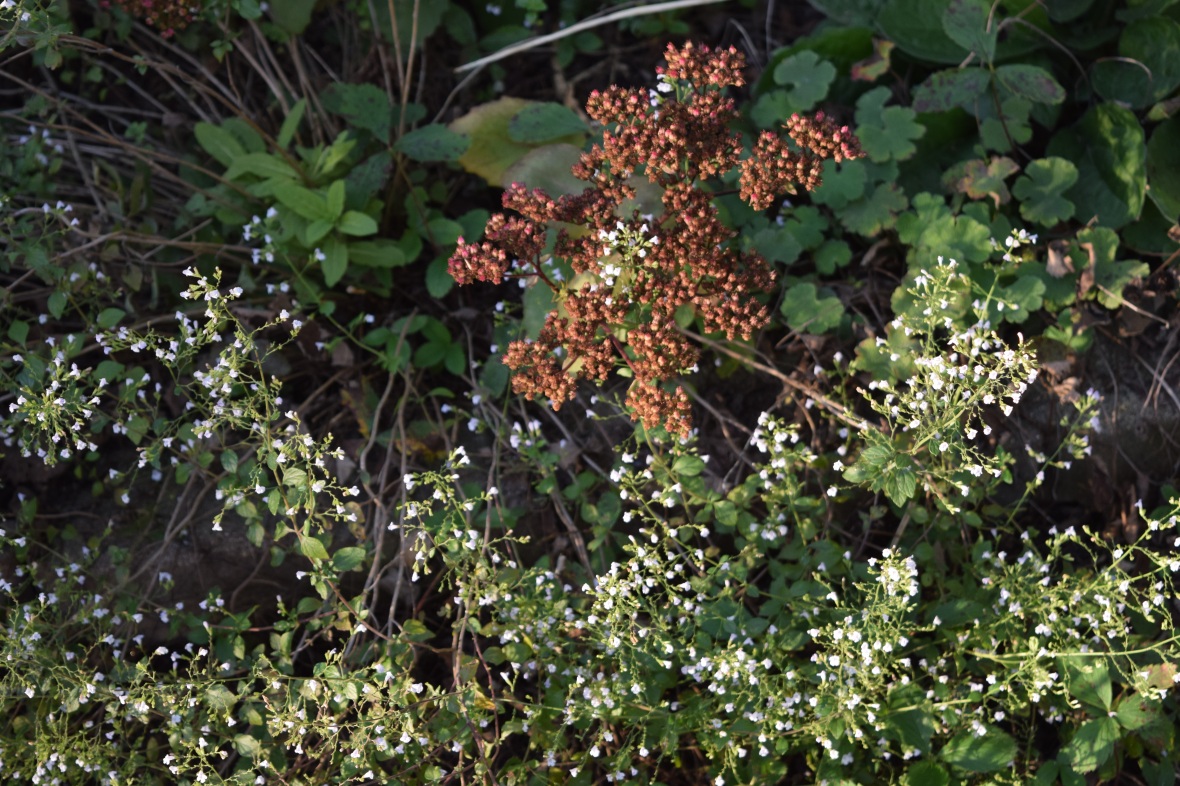 The Calamint (Calamintha nepeta) is still blooming, and still looks nice with the dried flowers of Sedum (Hylotelephium spectabile). (A note to taxonomists: Hylotelephium? Really? Have you completely ignored my rule that new genus names cannot have more syllables than the old ones? Apparently so.)

The Pincushion Flower (Scabiosa columbaria)  is perkier in the cooler weather, despite the fact that I have neglected the deadheading lately. These were just planted this year, next year they should put on a nice display.

Even as her rose hips ripen, ‘Cassie’ continues flowering. The hips are eaten by birds as they turn red, so you don’t see them in great numbers.

The flowers, though a bit sparse, are still charming. 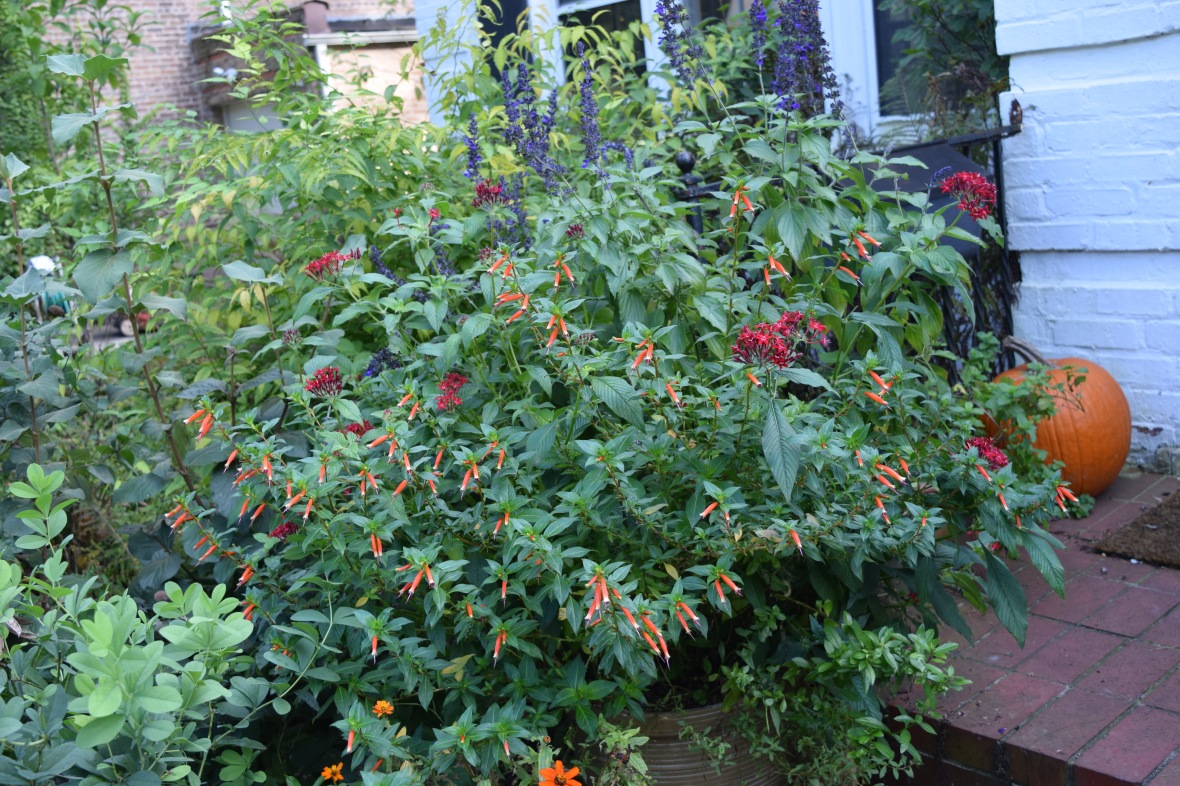 Among the containers, many plants are fading or have given up. Cigar Plant (Cuphea ignea), despite its subtropical origin, doesn’t seem at all tired.

Some of you may remember that I tried cutting back my Clematis jackmanii after its first flush of blooms on the theory that there would be another bloom period in the fall. For the record, this has resulted in only a tiny number of flower buds as of mid-October. This may work better in milder climates, but I won’t be trying it again.

Garden Bloggers Bloom Day is hosted by Carol at May Dreams Gardens on the 15th of the month. Check out her site to see more October flowers. Happy Bloom Day!