Posted on November 19, 2015 by gardeninacity

The recent atrocities in Paris, Beirut, and Baghdad brought to mind two novels I read a couple of years ago: Shalimar the Clown, by Salman Rushdie; and Birds Without Wings, by Louis de Bernières. Both books are about fictional small towns that contain people of different ethnicities and religions. 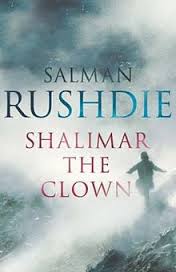 These stories are separated by decades and by thousands of miles. However, they both start with communities that enjoy a harmony that, while imperfect, allows for occasional friendship, love, even intermarriage across religious and ethnic lines . It also allows a subtle blurring of the distinctions between the two groups.

Both novels tell the story of how that harmony is destroyed, how the blurred line becomes a hard one that cannot be crossed.

Rushdie’s story takes place in Pachigam, in Indian-controlled Kashmir, in the recent past. De Bernière’s tale is set during the early 20th Century in Ezkibahçe, located in what is now western Turkey, but what was then the Ottoman Empire.

In Ezkibahçe, the two main communities are Turks and Greeks. In Pachigam, they are Muslims and Hindus.

Both books illustrate the natural human attraction to what is different, and the tendency for cultures to mix and borrow when it comes to food, religion, language, and more.

But along with the attraction there is also fear, and the peace of Pachigam and Ezkibahçe cannot last, despite the isolation that protects them for a time.

As a result of nationalism and religious fundamentalism, both towns undergo a process of ethnic and religious polarization. In the end, the Greeks must leave Ezkibahçe, and the Hindus flee Pachigam. The townspeople remaining are sadder and poorer, with Pachigam under the sway of a far harsher brand of Islam.

Rather than focus on just a few characters, to my mind both these books present a compelling ensemble cast, drawn with humor and compassion despite the tragic march of events.

Shalimar does have story lines that take place outside of Pachigam, but I found these much less compelling. Rushdie’s tale also ends on a more open-ended note, allowing for the possibility of optimism.

The recent inhuman acts in Paris and elsewhere were committed by people who seek to create the same sort of polarization that takes place in these stories. It seems to me that preventing such polarization is just as important as any military or security measures that may be taken. We must allow ourselves to remain open to those who are different, and not be ruled by fear.

← A Secluded Shade Garden in Toronto
An Elevated Toronto Garden →