Posted on November 8, 2015 by gardeninacity

An Excursion to Annapolis

While visiting our friends in Maryland we also made an excursion to Annapolis, a small city of 40,000 on the Chesapeake Bay. Annapolis is the state capital and quite old by American standards, having been founded in 1649.

Because I am a state capitol nerd, the first thing we did was visit the state capitol. My dream, and I admit it’s a strange one, is to visit all 50 state capitol buildings. This was my 14th. Prior to this I had seen the capitols in Massachusetts, Rhode Island, New York, Iowa, Indiana, Illinois, Wisconsin, Minnesota, Nebraska, North Dakota, South Dakota, Louisiana, and Texas. So I still have a ways to go.

The Maryland State Capitol has been in continuous use since 1779, making it the oldest in the United States. Coming up the back of the building we found this statue of Roger Taney, a Marylander who was Chief Justice of the US Supreme Court from 1836 to 1864. I understand the appeal of a local boy made good, but I found it odd that his was the only statue on the Capitol grounds.

Taney is best known for the Dred Scott decision (1857). In the majority opinion, Taney wrote that black people, whether free or slave, could not be citizens of the United States because of their innate inferiority, and therefore that they “had no rights which the white man was bound to respect …” Anti-slavery US Senator Charles Sumner said of that decision, “Judicial baseness reached its lowest point on that occasion.”

Less disturbingly, the Capitol grounds also had an old cannon dating back to the 17th Century. It spent the majority of its career at the bottom of the nearby Severn River, where it did nobody any harm. 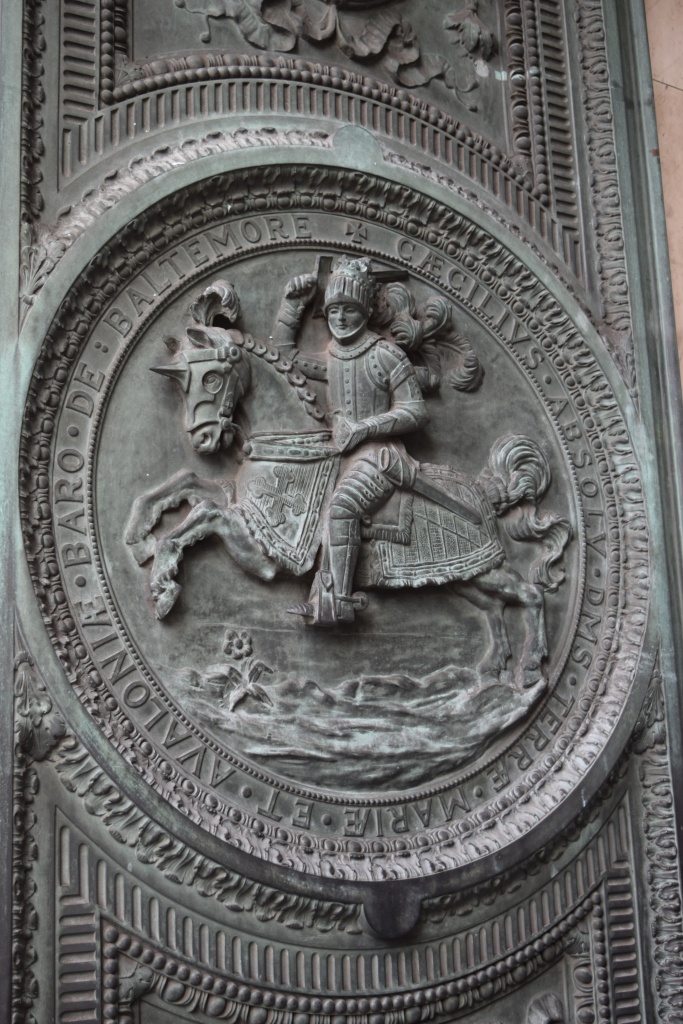 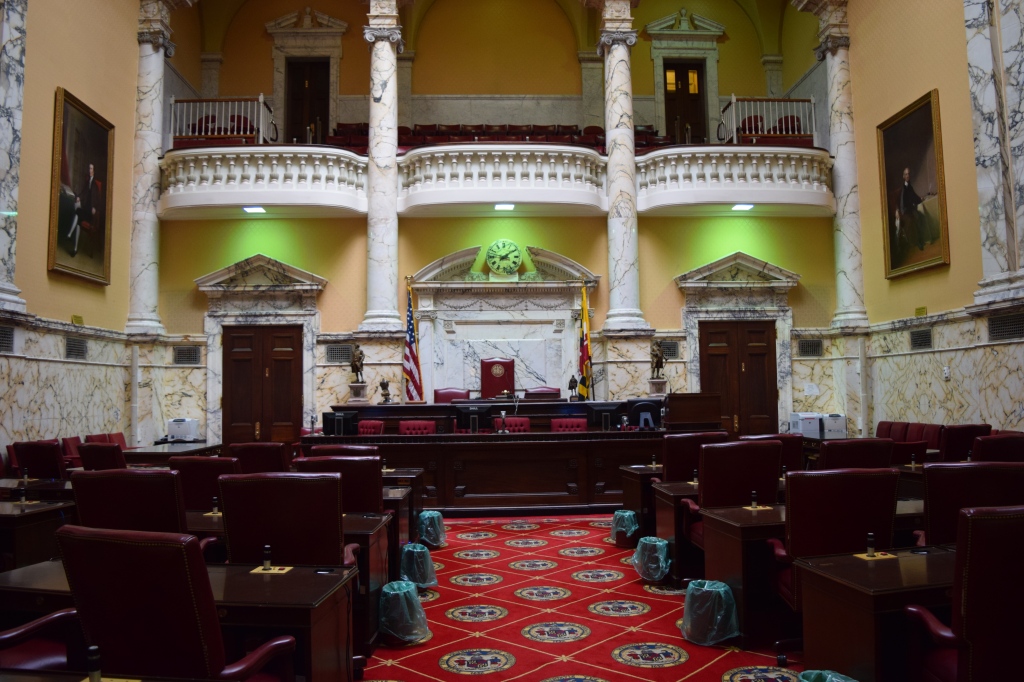 Inside the Capitol, we saw the Legislative Chambers, including the Senate chamber above. 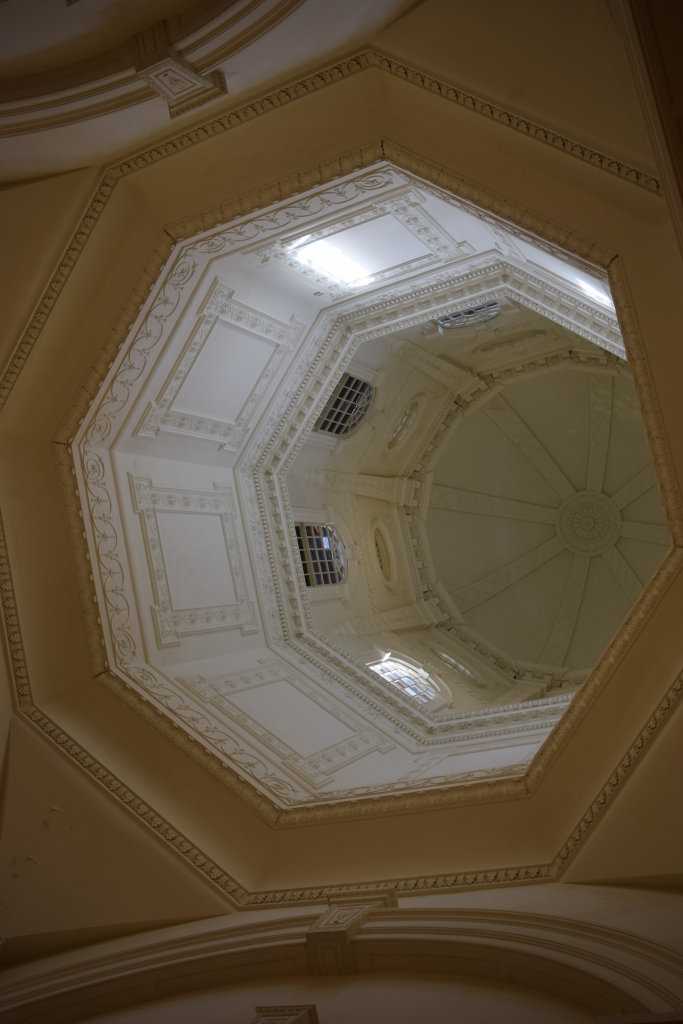 Most American State Capitols have domes that are more or less smaller versions of the US Capitol. Maryland’s capitol dome is a bit more like a big cupola. Here’s a view from the rotunda on the first floor.

This building is where George Washington resigned his military commission at the conclusion of the American Revolution, and where the Continental Congress met to ratify the peace treaty with Great Britain. 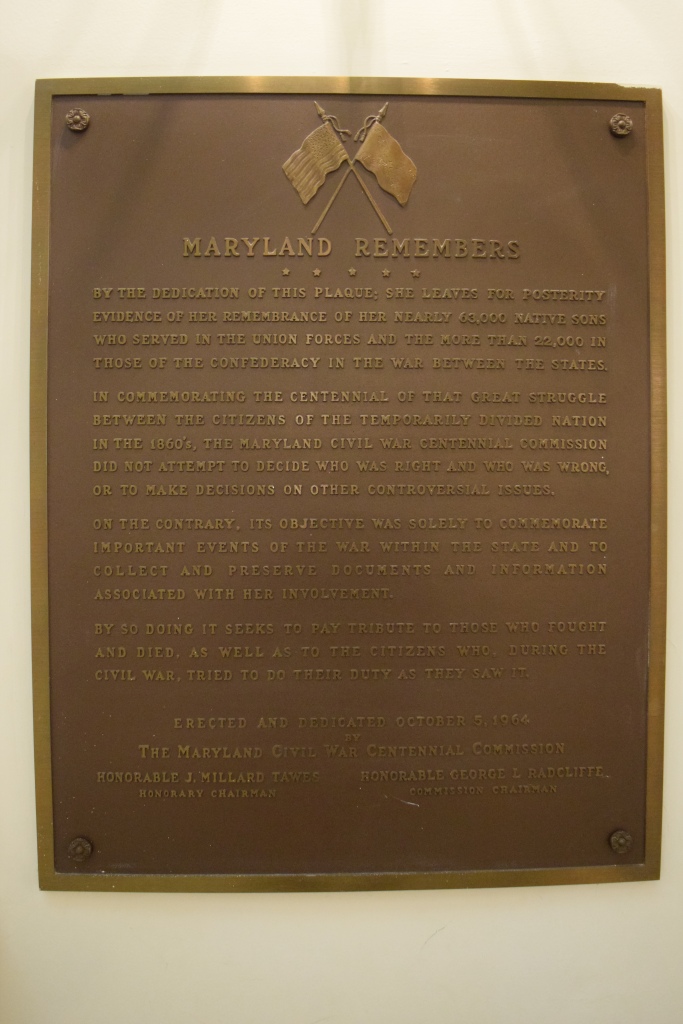 Also in the Capitol we found this rather peculiar plaque from the Maryland Civil War Centennial Commission. Maryland played an ambiguous role in that conflict. A slave state, it was officially neutral.

Nevertheless, Northern troops moving through Baltimore were attacked by mobs at the outset of the war. Eventually Baltimore was placed under martial law. To head off the danger of secession, federal officers arrested the Mayor and other leading citizens.

In any case, I find it remarkable that the Commission found it necessary to assure us that they “… did not attempt to decide who was right and who was wrong, or to make decisions on other controversial issues.” Keep in mind this plaque was commissioned during the height of the civil rights movement. Should it really have been controversial then or now whether it was wrong to engage in armed rebellion in order to maintain the institution of slavery?

But, of course, it was and is controversial. When we argue about the past, we are merely engaged in a thinly disguised argument about the present.

Anyhow, after leaving the Capitol we walked down Main Street to the waterfront. The street was full of upscale shops in historic buildings. 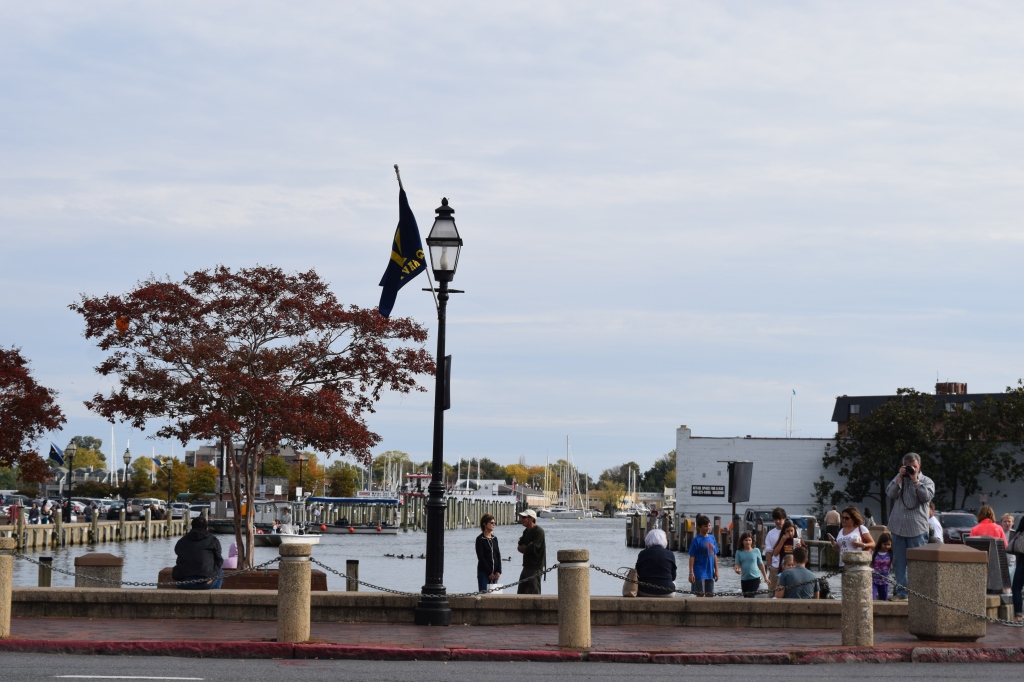 We bought some very good sandwiches (I had pastrami, Judy had crab cake) and ate lunch outside by the water. 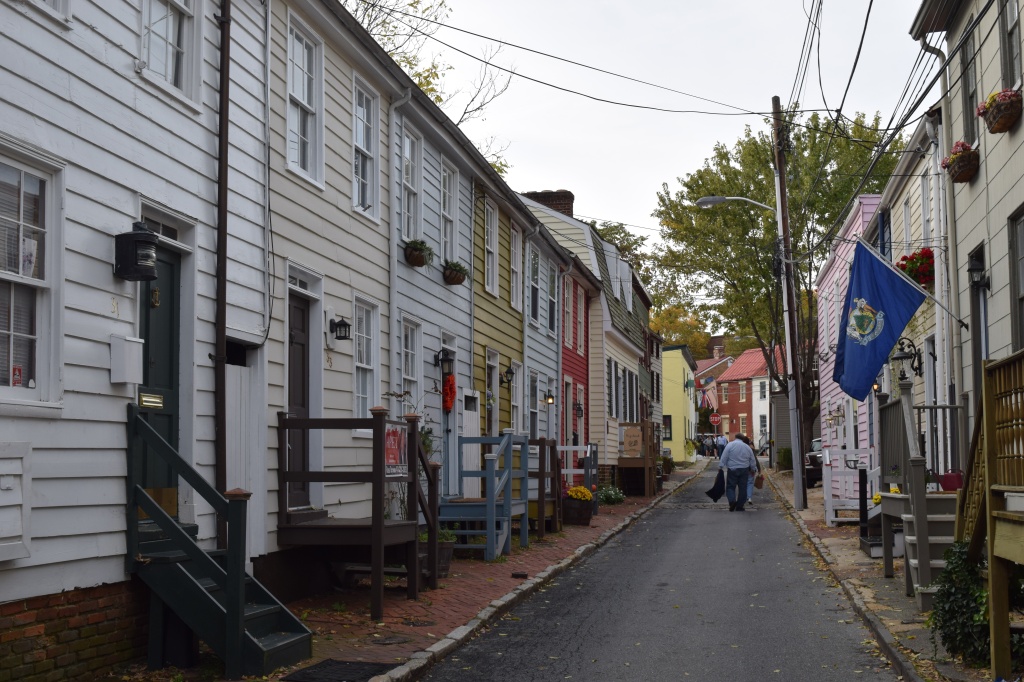 Then we wandered around the historic district. 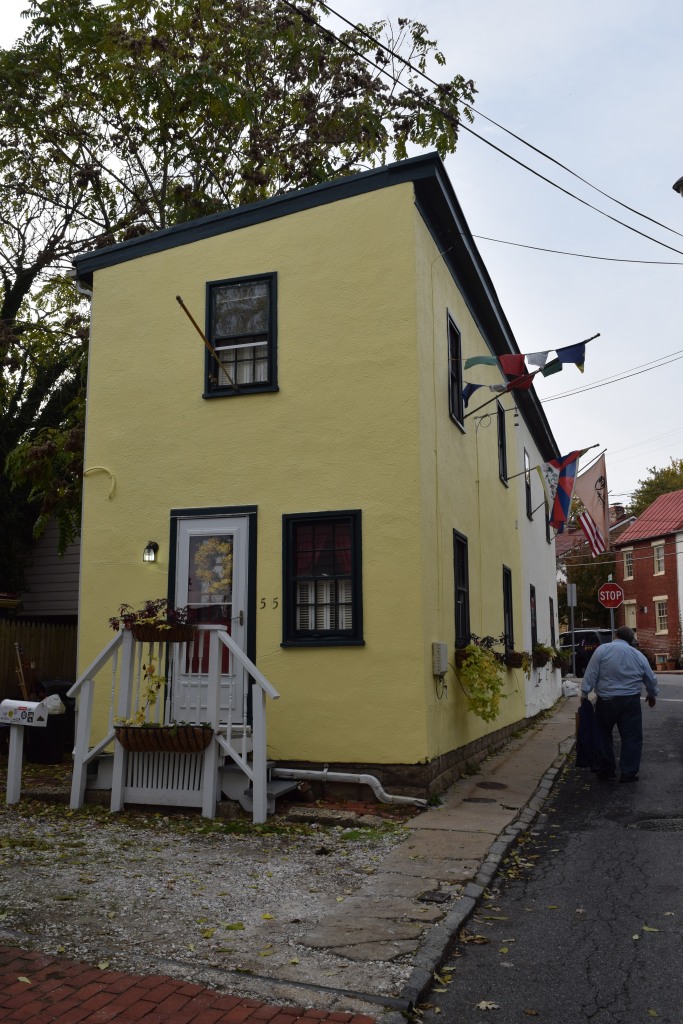 Many of the houses dated back to the 18th Century and were painted in pastel colors.

Eventually we got back to the car, and Carol drove south until we got to the Chesapeake Bridge.

We drove across the bridge to the Eastern Shore of Maryland. Finding a restaurant with a view of the water, we watched the light fade as we nursed our drinks.

There was a lot we hadn’t seen in Annapolis – the US Naval Academy and some well-regarded museums, for example. Nevertheless, it was a good day. Perhaps we’ll get there again.

40 Comments on “An Excursion to Annapolis”