Posted on February 28, 2015 by gardeninacity

It was 3 degrees F this morning (-16 C), and I have pretty much given up on my dreams of an early spring. Since not much will be happening in the garden for a while, let’s cast our minds back to December 2009, when Judy and I and the boys took a trip to Turkey.

Danny had spent that fall studying at St. Petersburg University in Russia. For our Christmas trip, we thought we would take advantage of the fact that he was already in a far off land.

And in fact, his flight from St. Petersburg and ours from Chicago landed in Istanbul within a couple of hours of each other. Meeting at the airport, we all thought ourselves masters of international intrigue.

So let’s start by looking at one of the places we saw on our first full day in Istanbul: Ayasofya, also called the Hagia Sofia. The name means “Holy Wisdom”.

Ayasofya was built as an Eastern Orthodox cathedral about 1,500 years ago, when Istanbul was Constantinople and capital of the Byzantine Empire.

It was converted to a mosque after the Ottoman conquest in 1453. Under the emphatically secular Mustafa Kemal Ataturk, Ayasofya was transformed into a museum in the 1930s.

As a result of restoration efforts, Ayasofya displays art and architecture both Christian and Islamic, Byzantine and Ottoman.

From the outside the whole building gives a feeling of massiveness and solidity, like an enormous domed boulder. Inside, the space is cavernous, the windows mostly small, the light dim.

A view of the upper gallery from the opposite wall.

The capitals of the marble columns are intricately carved. 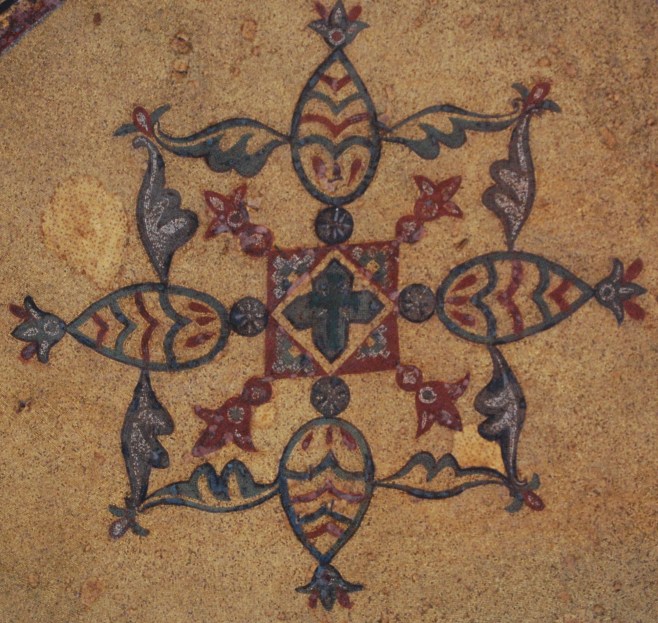 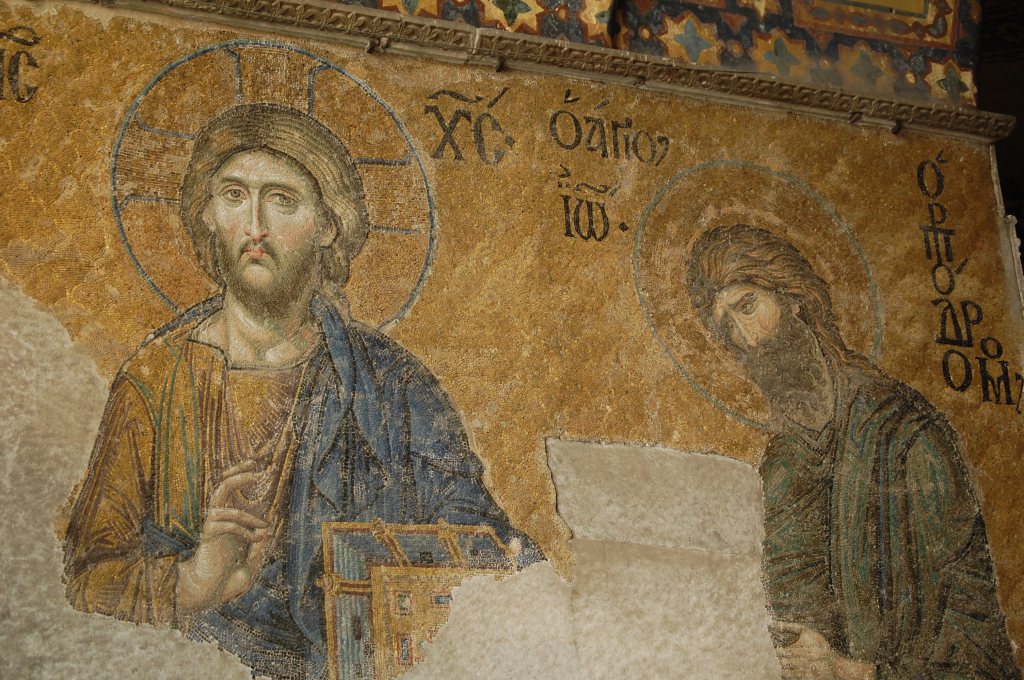 Byzantine mosaics were destroyed or plastered over when the building was converted to a mosque. Conservators have been working on restoration for many years. 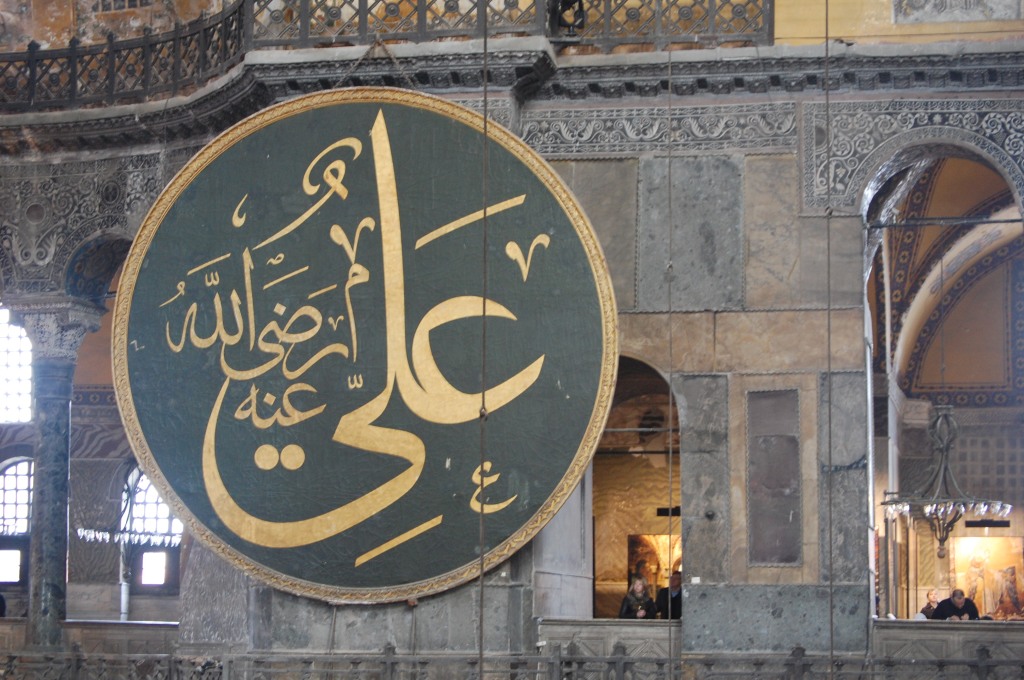 The Islamic art, including patterned mosaics and Arabic calligraphy in gold, is also undergoing restoration. 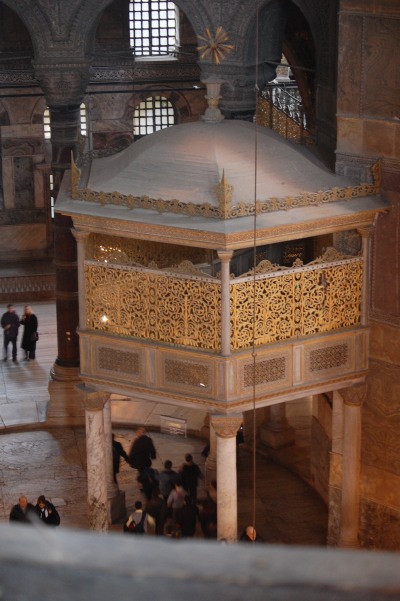 For security, the Sultan had a private screened loge to sit in.

The minbar or pulpit for the Imam is very tall. The mihrab points towards Mecca and indicates the direction worshipers should face when praying.

Ayasofya was a fine introduction to the antiquity and the parade of empires past that seems to surround everyday life in Turkey.