Sunday in the Garfield Park Conservatory with Judy – Part I

Last Sunday Judy and I met Danny for breakfast in Logan Square, then visited the Garfield Park Conservatory for the first time in years. The Conservatory is a Chicago landmark, built in 1906 and designed by Jens Jensen, the great landscape architect of the Prairie Style. We wanted to see some green plants, but also we wanted to see how the Conservatory had recovered from the devastation caused by a hail storm in June, 2011.

The storm shattered half the glass panes over large sections of the conservatory. Through heroic efforts, the conservatory was reconstructed using temporary poly-carbonate sheeting. Starting in April, the Conservatory will be closed so that structural repairs can be made and permanent glass panes installed. It will not re-open until 2014.

Highlights of our visit included Chihuly glass installed with a pond and waterfall. I think I saw an article or blog post entitled “Beyond Chihuly Glass”. Are we supposed to be tired of Chihuly glass? I’ve never seen it anywhere else, so I like it. 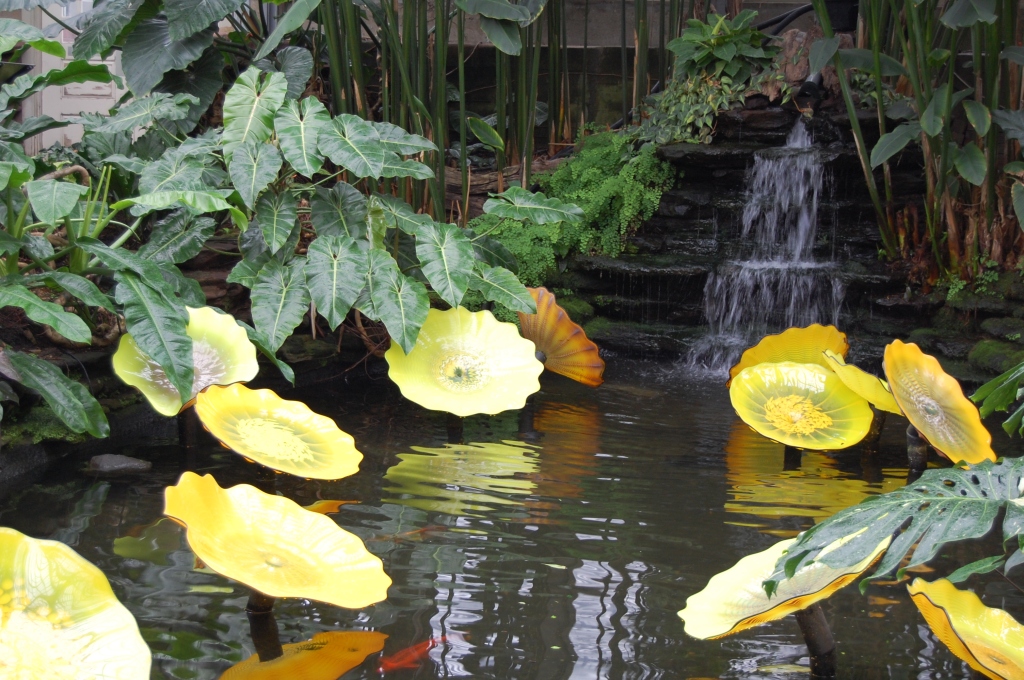 We visited the Desert House,  where there was a sprawling cactus I didn’t see a name for, but which provided a pretty persuasive argument for keeping your shoes on. 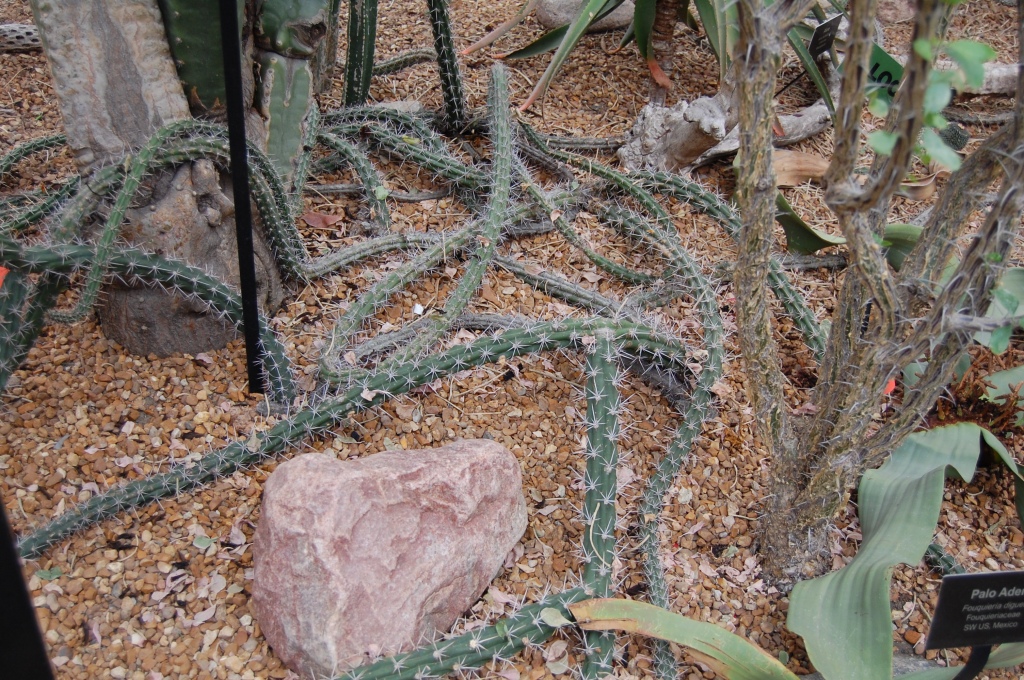 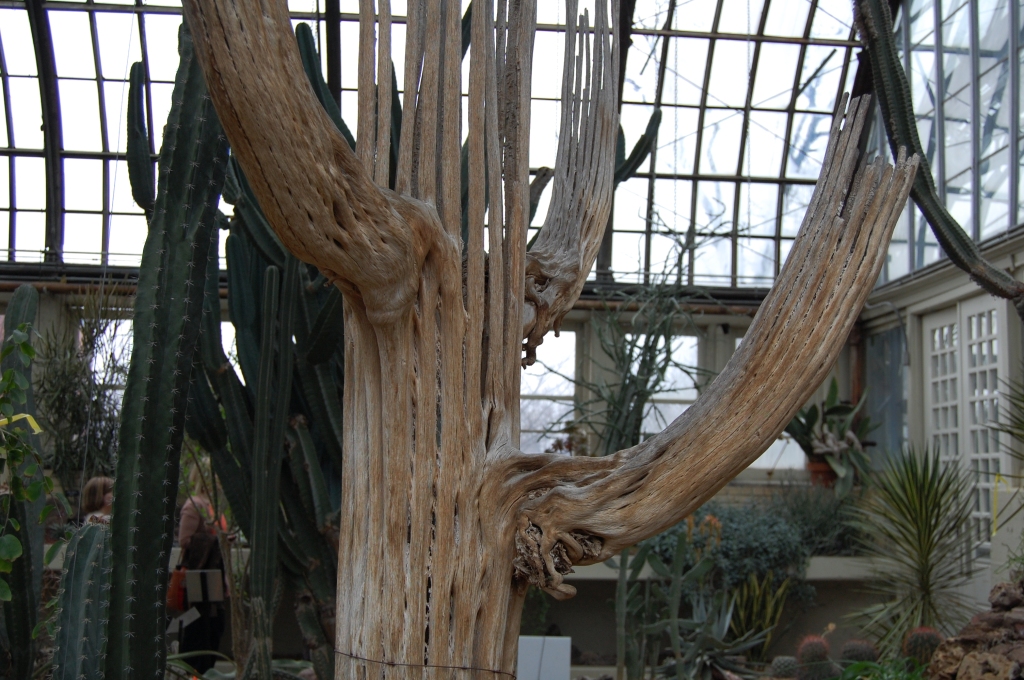 I thought this Century Plant was impressive. They bloom once after 2o or 30 years, then die. 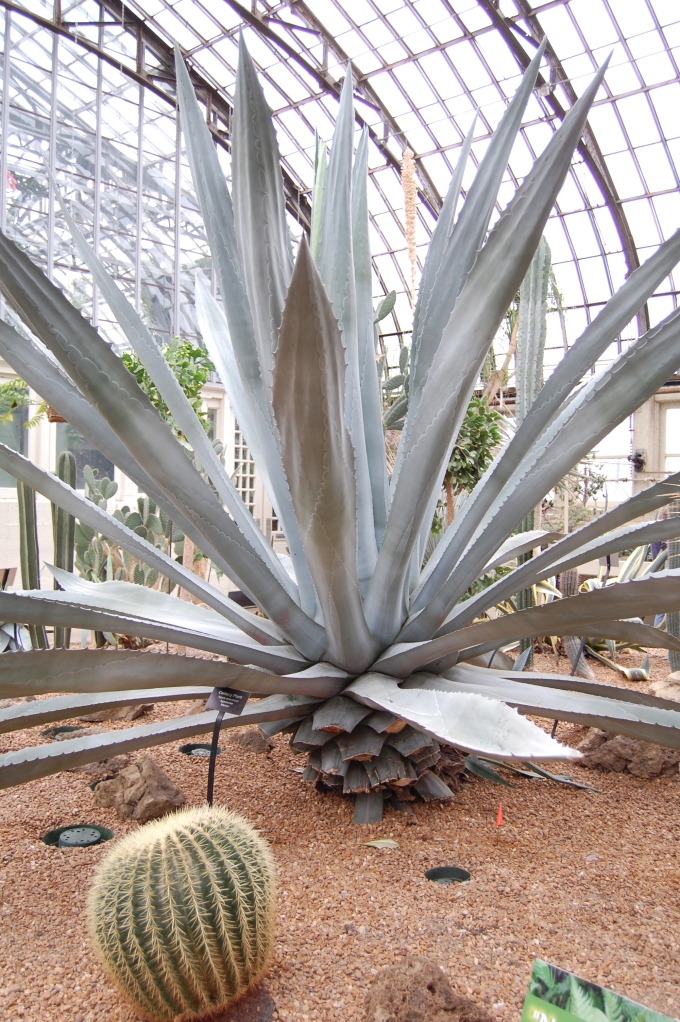 In the Children’s Garden there were tropical fruit trees and plants, including this banana. 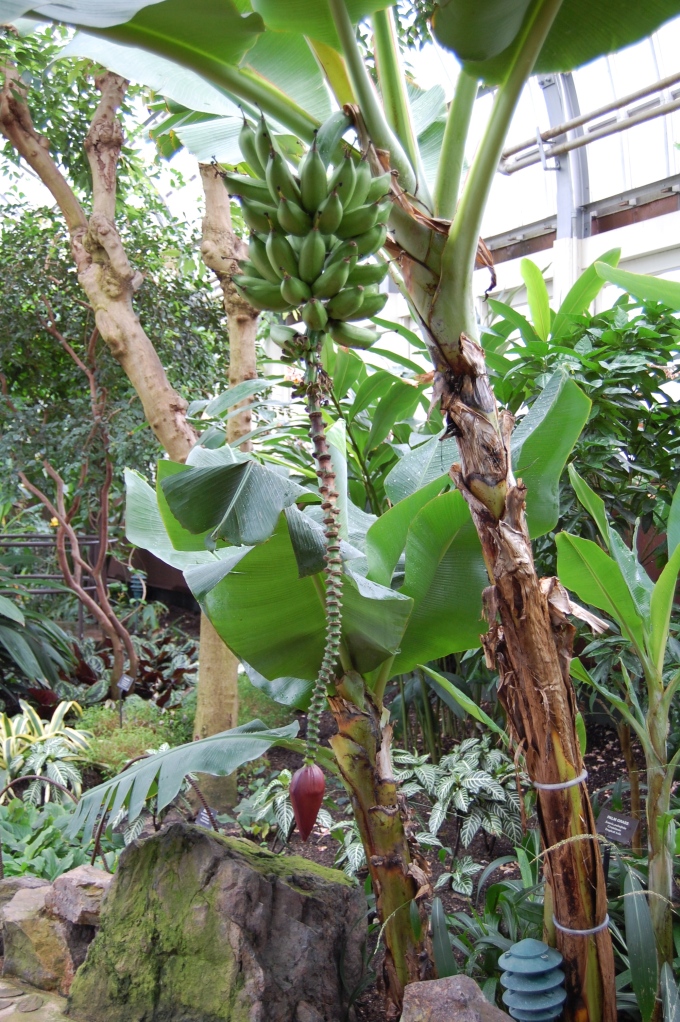 We walked through the Palm House, where we visited the Scheelea Palm. This is the Conservatory’s largest and oldest Palm, grown from a seed planted in 1926. 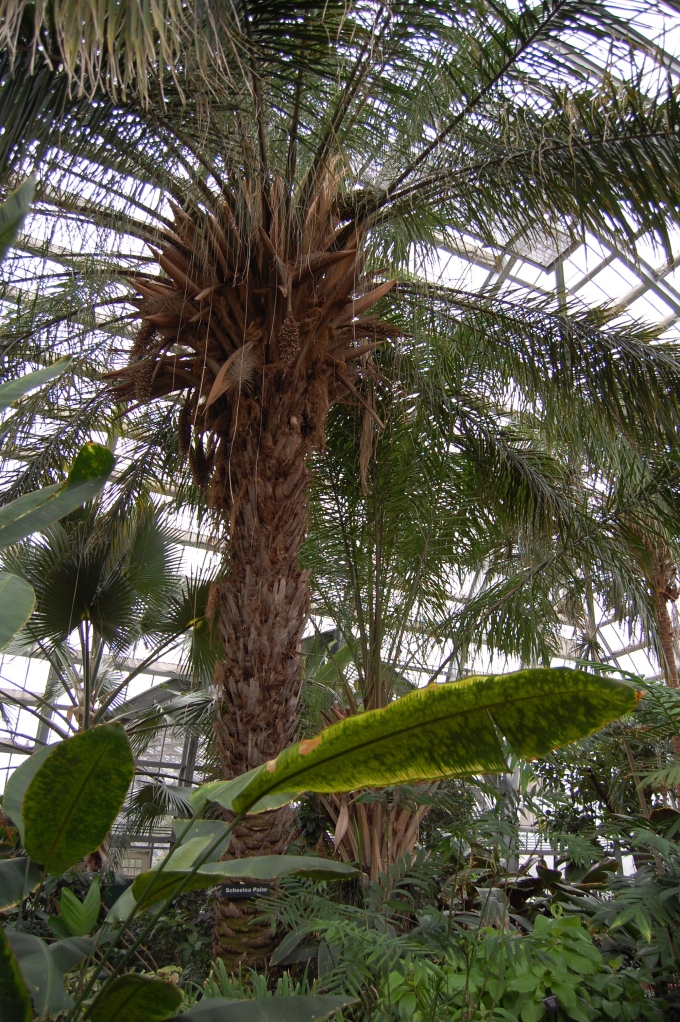 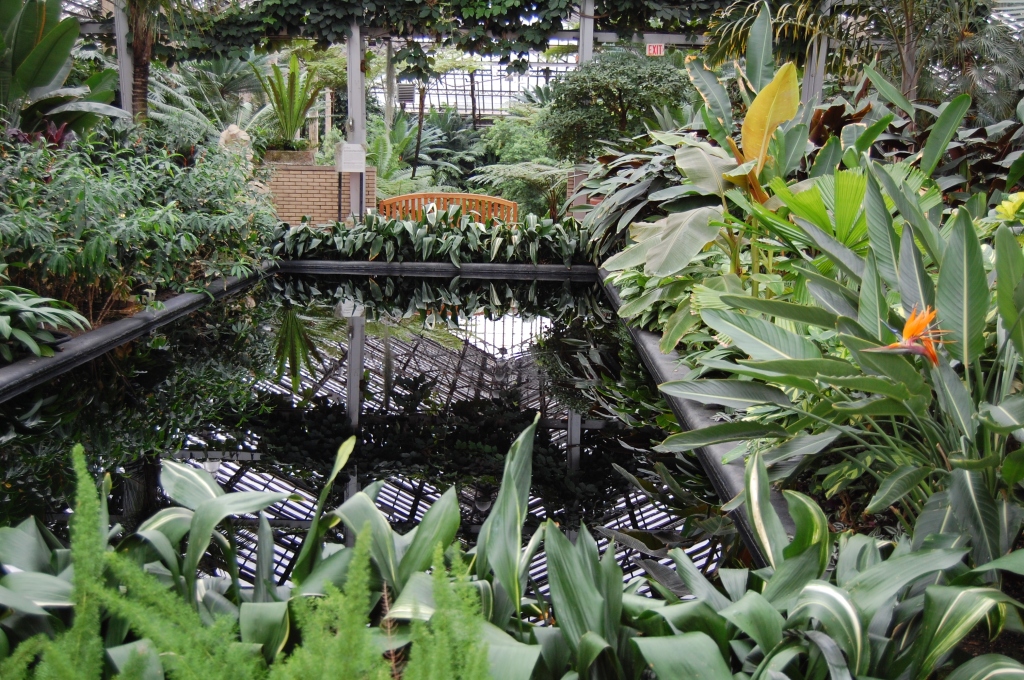 Oh, and there was also some useful horticultural tips. For example, this helpful sign on pruning. 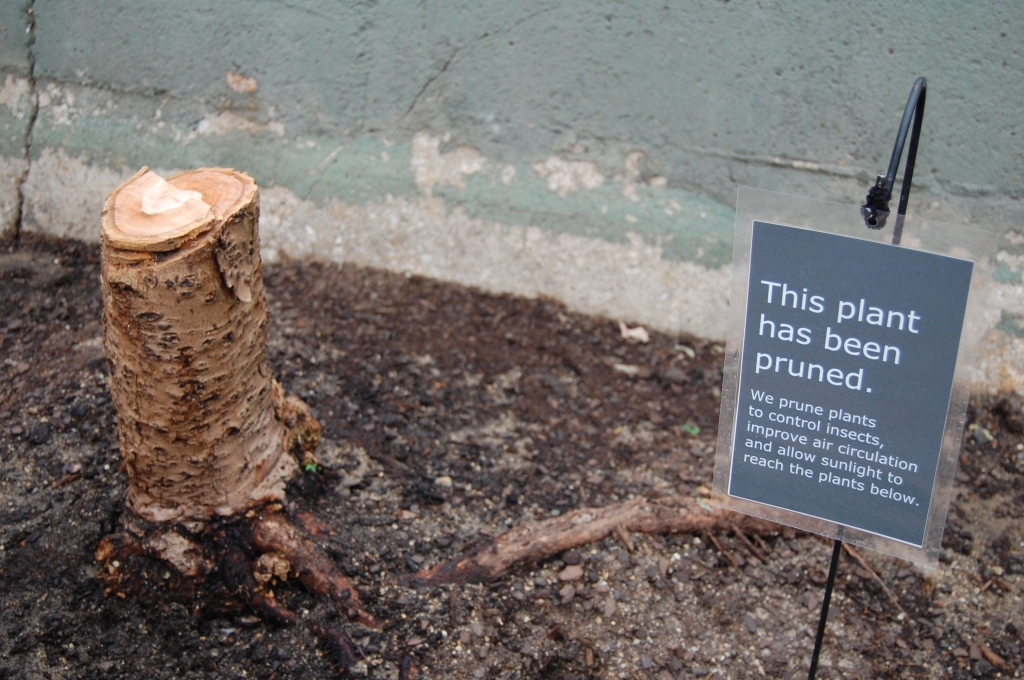 On Friday I will post the strange and beautiful tropical flowers we saw at the Garfield Park Conservatory, in honor of Garden Bloggers’ Bloom Day – seeing as there is still very little blooming outside in our area.