For some time now, I’ve had a growing sense that everyone around the world is rejoicing in their many colorful spring blooms. Everyone, that is, except myself and other winter-weary gardeners in Chicago and further North. It’s a feeling akin to knowing that there is a really big party out there to which you were not invited.

Well, my invitation has finally arrived. Most of the snow melted over the weekend during the mild, rainy weather. And under the snow, it turns out, there were snowdrops (Galanthus)! 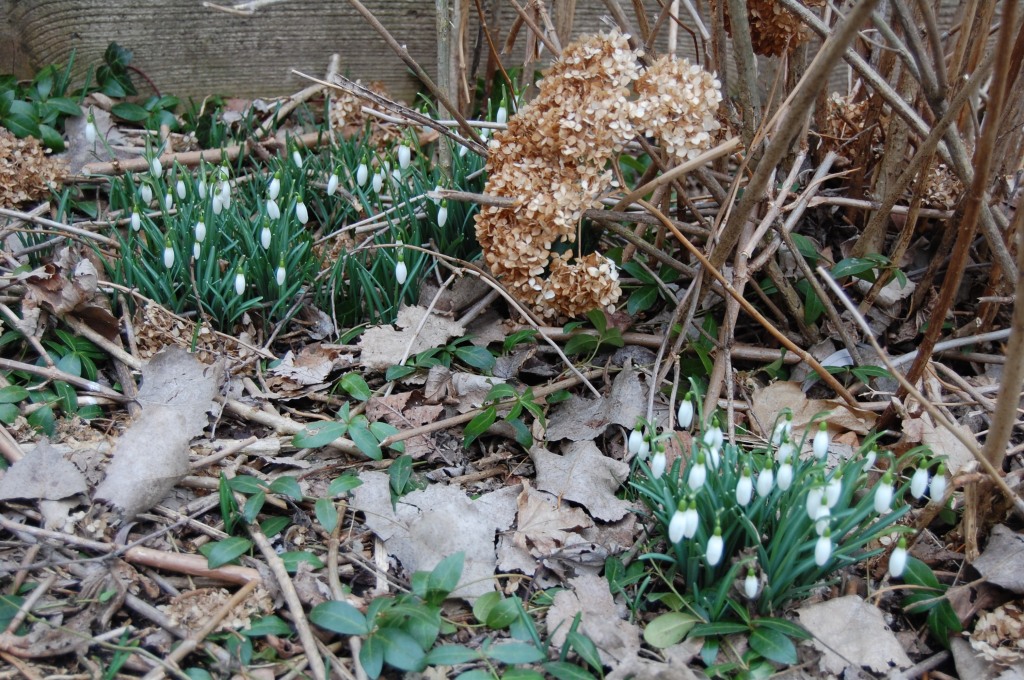 A few had started to come up in January, and were battered a bit by subsequent deep freezes. But they are welcome even so! 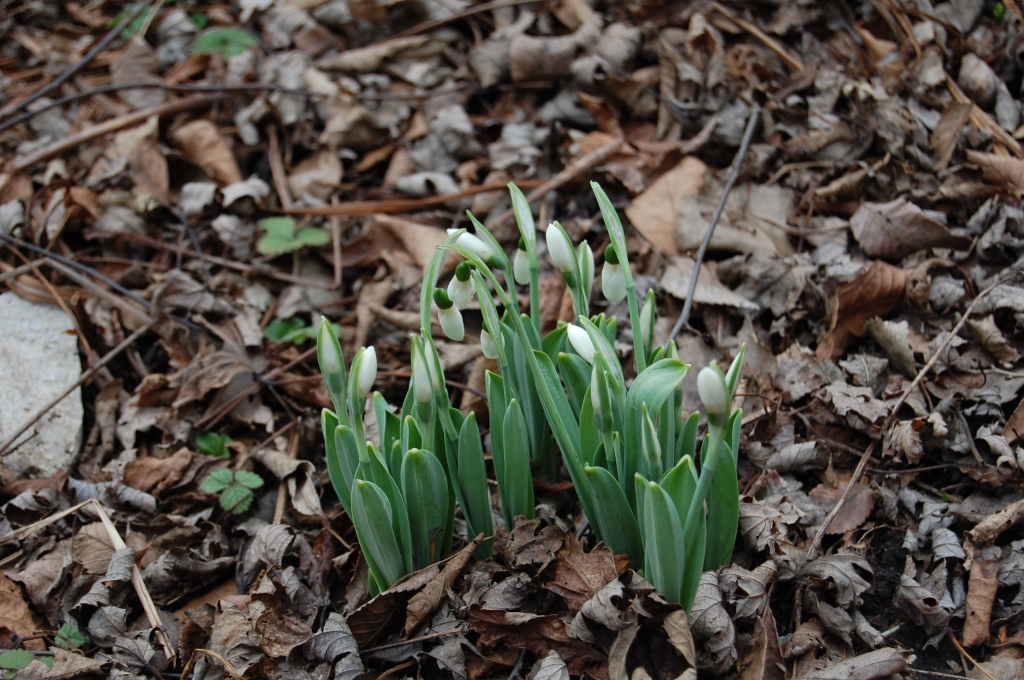 The weather is supposed to dip back down below freezing in the middle of the week, but I can bare that now. The snowdrops have arrived, first flowers of spring in my garden! Hurrah!

← Gardeninacity In The News!
Sunday in the Garfield Park Conservatory with Judy – Part I →

38 Comments on “First Flowers of Spring!”