Posted on December 12, 2018 by gardeninacity

The Ghosts of Copper Country

For a long time, copper was a big part of life in Michigan’s Upper Peninsula. Though the mines are closed today, copper inspired a rush of white settlers starting in the 1840s. Before that, indigenous people mined copper here for hundreds of years.

During our vacation last July, our cabin was near the center of the UP’s copper belt. Not far from us an old mining settlement had been partially restored by local volunteers, so we decided to visit. On our way we passed through fields of grass and blooming yellow wildflowers. Hardly any cultivated fields. Given the cold climate and the rocky soil, farming is a tough proposition around here.

Once again we were struck by how empty this region is. We passed few cars and fewer houses. 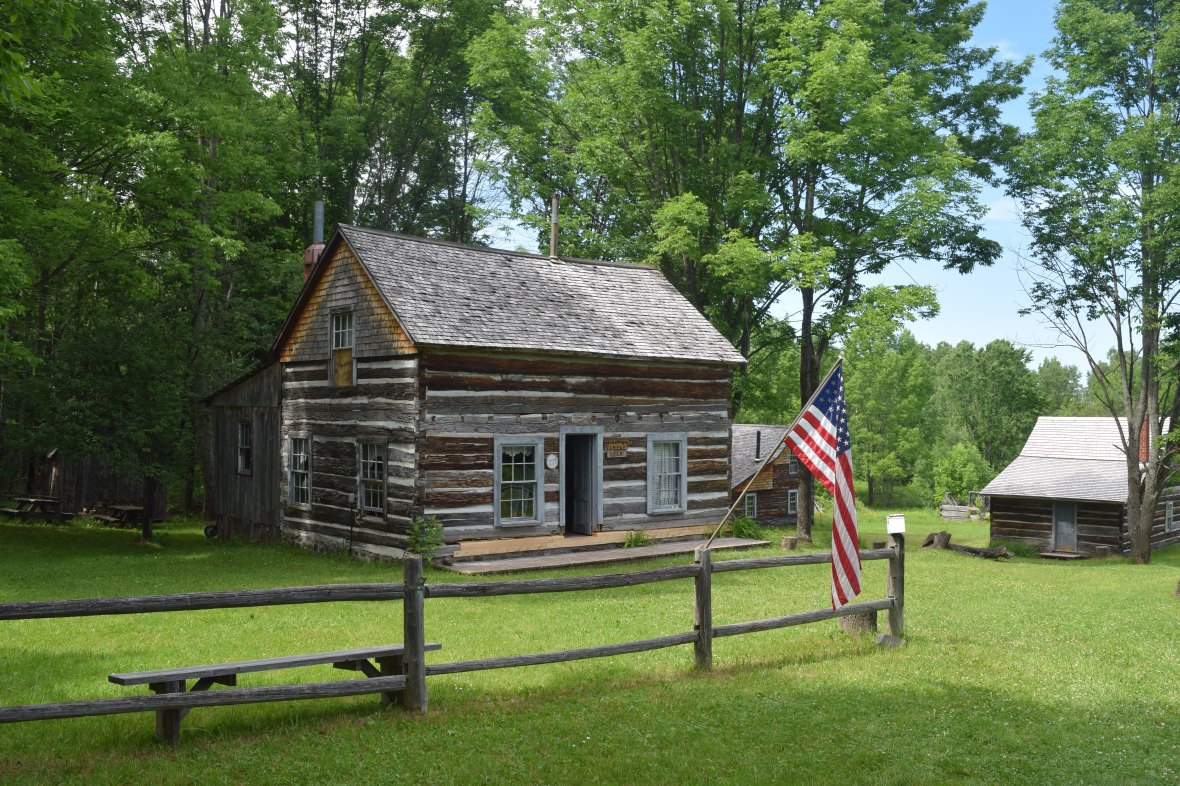 Eventually we reached the restoration, which is known as Old Victoria. The settlement was created to house workers at the Victoria Copper Mine, which closed in the 1920s.

The miners, some single men and some with families, lived in cabins built of hand hewn logs. Restored cabins were rebuilt using the original techniques. I was interested to see these dovetail joints.

Volunteers have collected memorabilia from the families that once lived here. A large proportion were Finnish immigrants, and the settlement was sometimes called Finn Town. 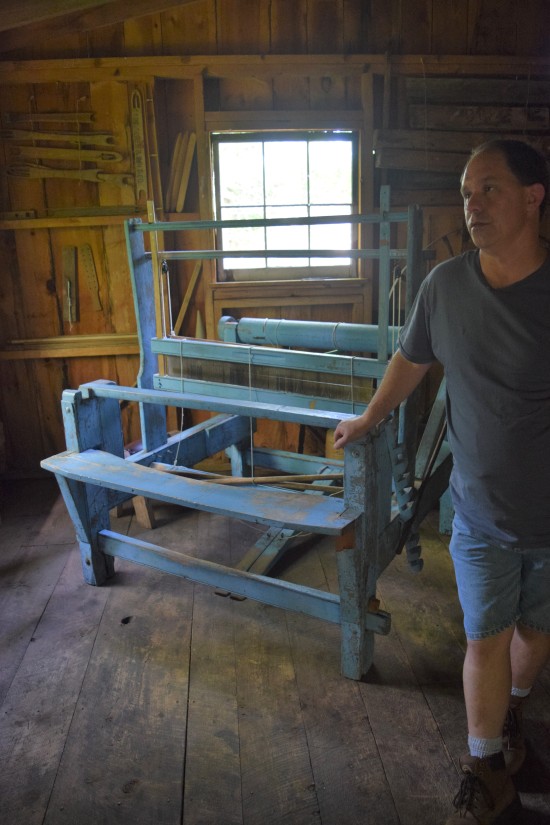 A volunteer was on hand to provide a tour and answer questions. I was impressed that local amateur historians are so dedicated to the memory of those that once lived here. The work of restoring the cabins was done entirely with donated labor.

Old crafts were practiced here as a matter of necessity. 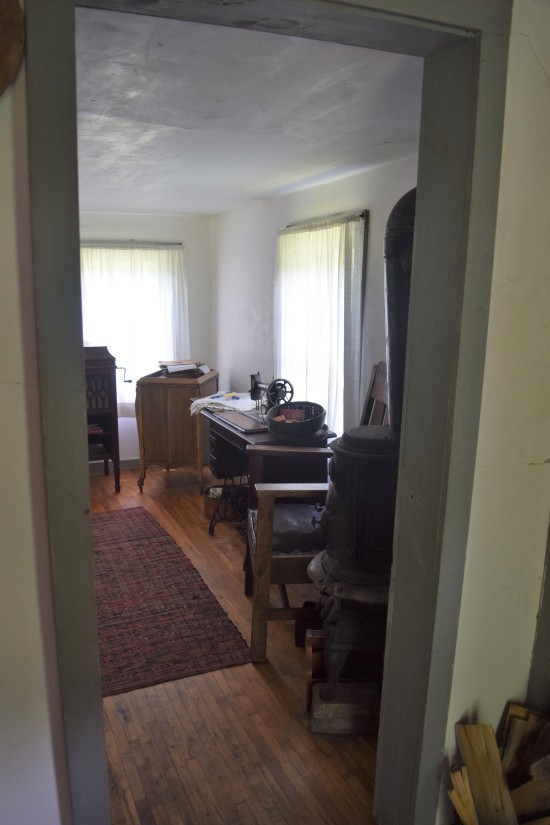 There was no electricity or running water. No stores either – a merchant from town would drive a truck or wagon into the village once a week or so.

Hard to imagine the kind of isolation that must have been part of life here – especially during the long UP winters. I imagine boredom would have been a big problem were it not for the unending toil required of both men and women. Alcohol was forbidden by the mining company, though I’m guessing this rule was hard to enforce completely.

In addition to taking care of their own families, the wives cooked and did laundry for the single men in order to bring in extra income.

Some families took in boarders as well.

Not far from the restored cabins you can find remains of the old mine. There wasn’t much to see, though, mostly old crumbling walls and piles of rocks.

Did the folks here think that their settlement would continue to grow, that the mine and their lives here would be permanent? Perhaps they did. Or perhaps they were people with few choices who came to this hard place for just as long as the money was good, with no assumptions as to how long that would be.

There is some talk of a new copper mine opening up just west of the Porcupine Mountains. There are few jobs in the UP, so I imagine many would welcome such a development. But copper mines are hard on the land, while the prosperity they bring may not last long.

25 Comments on “The Ghosts of Copper Country”