Posted on November 25, 2018 by gardeninacity

Continuing my recent post on books I’ve read or listened to this year, alphabetically by author. 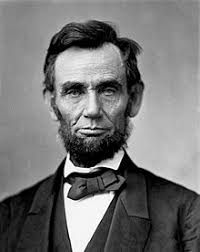 story of how Lincoln came to issue the Emancipation Proclamation and push the 13th Amendment, which abolished slavery, through Congress. Though against slavery, Lincoln shared many of the racial prejudices of his day and was no abolitionist at the beginning of his presidency.

However, he learned from interacting with African-American leaders like Frederick Douglass, from the war itself and especially from commanding Black troops in that war. He brought to these experiences a capacity for deep reflection (the contrast with our current President is too painful to contemplate), and came to understand that the Union could not be saved unless the Civil War became a war on slavery.

A sense of the book can be derived from this letter that Lincoln addressed to critics of the  Emancipation Proclamation and his other policies:

You say you will not fight to free negroes. Some of them seem willing to fight for you; but, no matter …  I thought that whatever negroes can be got to do as soldiers leaves just so much less for white soldiers to do, in saving the Union. Does it appear otherwise to you? But negroes, like other people act upon motives– Why should they do any thing for us, if we will do nothing for them? If they stake their lives for us, they must be prompted by the strongest motive – even the promise of freedom. And the promise being made, must be kept.

Daniel Kay Hertz, The Battle of Lincoln Park. Non-Fiction. You should buy this book! In fact, buy two! I say this not because it is written by our son, Daniel (his first book!). Seriously, this is the story of how Chicago’s most affluent neighborhood was transformed into what it is today. It involves plenty of greed and good intentions, and there’s an element of violence as well. Should be interesting to anyone who cares about how change comes to urban communities. Highly Recommended!

Tayari Jones, The Untelling (audio book). Fiction. A young woman in Atlanta tries to make sense of her own childhood traumas while working with pregnant teens in a poor neighborhood. Worth reading.

John Kenney, Truth in Advertising (audio book). Fiction. A satire of life in the advertising industry. Good if you’re in the mood for fluff.

Herman Koch, Summer House With Pool (audio book). Fiction. A disturbing novel about a Dutch doctor and his family. The doctor’s practice specializes in treating artists, whom he loathes. The prose can be bitingly perceptive, but the author indulges in lengthy polemics which are at times offensive. The plot revolves around an act of sexual violence, and most of the adult characters are repulsive narcissists.

starting in the Philippines and ending  in Vietnam. A descent from moral absolutes to absurdity and chaos. Worth reading.

Philip Kerr, The One From The Other (audio book). Fiction. A noir detective novel set in Germany shortly after the Second World War. A gripping story – I enjoyed it.

Sana Krasikov, The Patriots (audio book). Fiction. The story of idealistic Americans trapped in the Soviet Union during the 1930s. Their son emigrates to the United States in the 1970s, then returns to post-Communist Russia as a businessman. Contains devastating portraits of life under Stalin’s Great Terror as well as the deep corruption of modern Russia. The author indulges in a couple of unconvincing diatribes on American politics, but this is a minor flaw. Overall an excellent book.