I’ve lived practically next door to the Montrose Point Bird Sanctuary ever since we moved back to Chicago 14 years ago. In fact, I’ve driven right past it on most days for all those years. And yet, last week was the first time I actually went there.

That’s because I was looking for places to take the Midwest Meetup bloggers. We specifically needed some place along the lakefront between the Lurie Garden and Evanston at the north end of the city. Now I’m delighted to have found it, but kicking myself for not taking advantage of it all these years.

The Montrose Point Bird Sanctuary is famous among birders as a place to see numerous species of migratory songbirds. It offers a great deal more than that, though. There is a walk along the outer perimeter that offers stunning views of downtown Chicago. 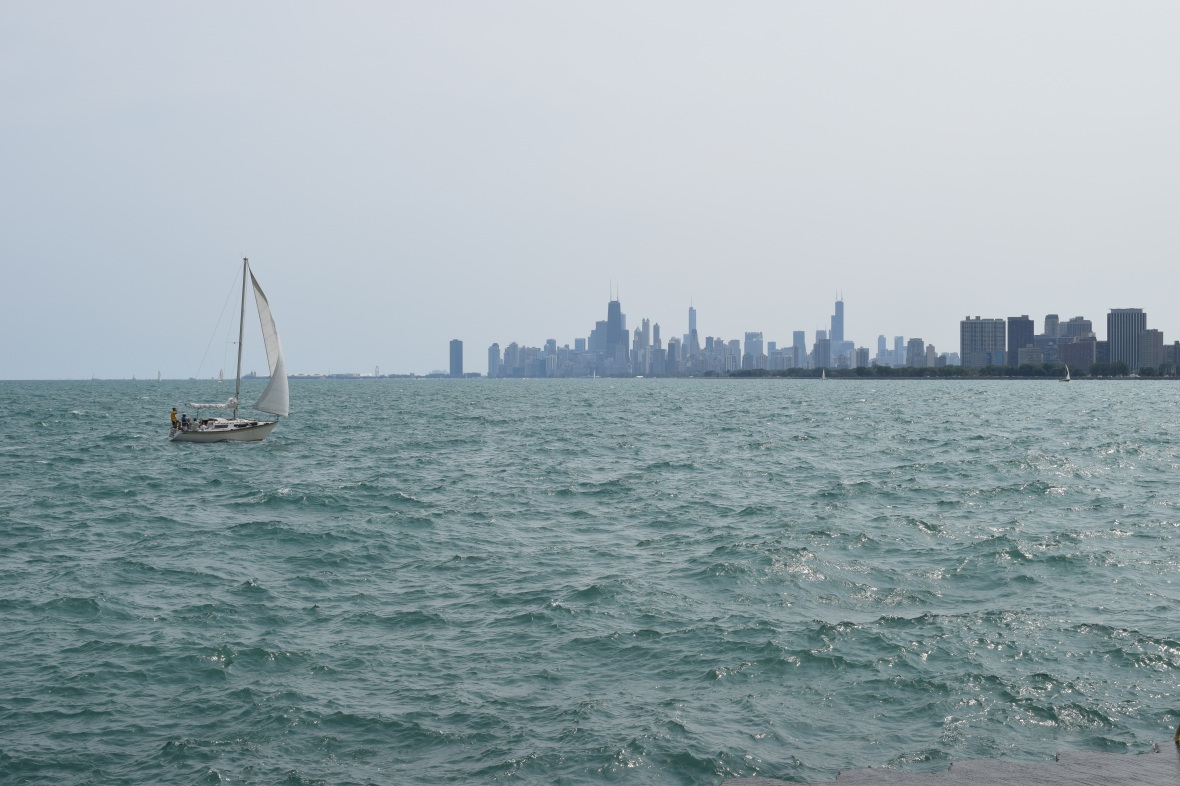 You can also lose yourself watching sailboats skimming over the water.

The Sanctuary is a 13-acre restored natural area providing habitat for birds and butterflies. It began in the 1930s as a dream of architect Alfred Caldwell, a close collaborator of Jens Jensen. However, work on transforming the site didn’t begin until the late 1990s. 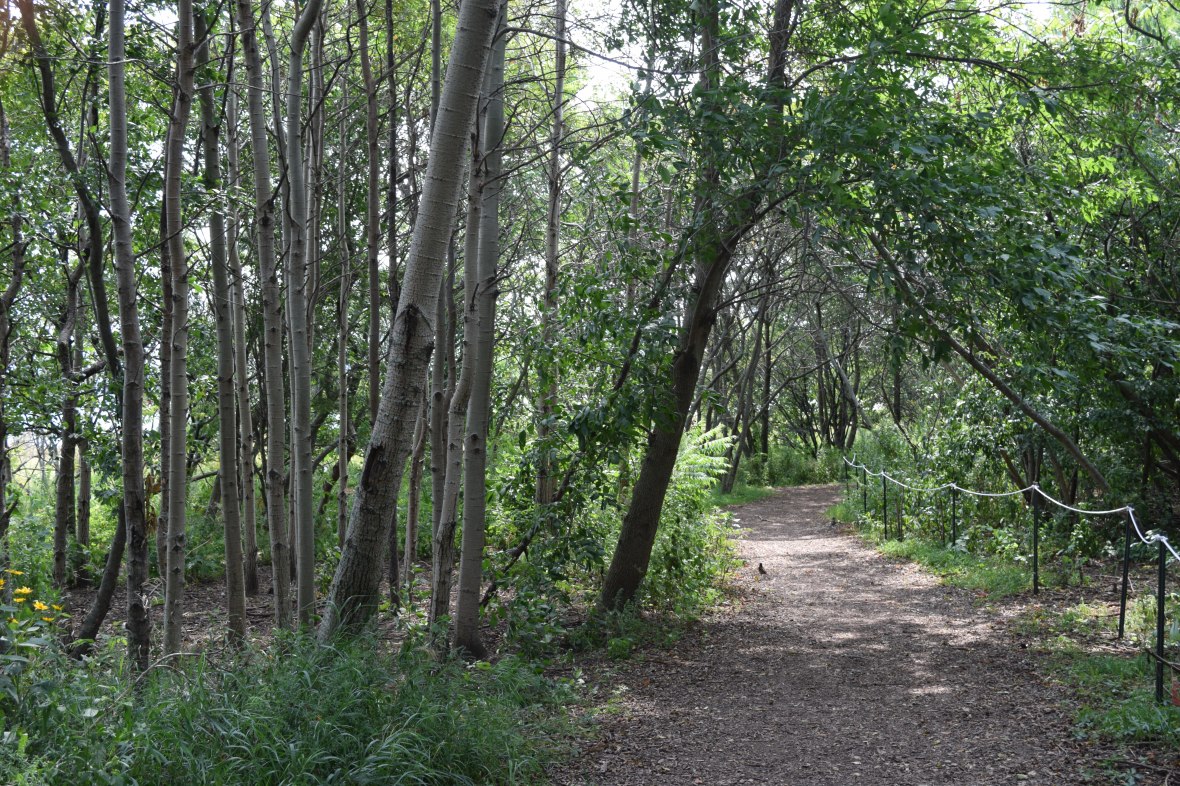 Much of the site is wooded, but during our recent visit we spent most of our time in the prairie areas.

Even though it’s late in August, there were still plenty of yellow prairie flowers in bloom. 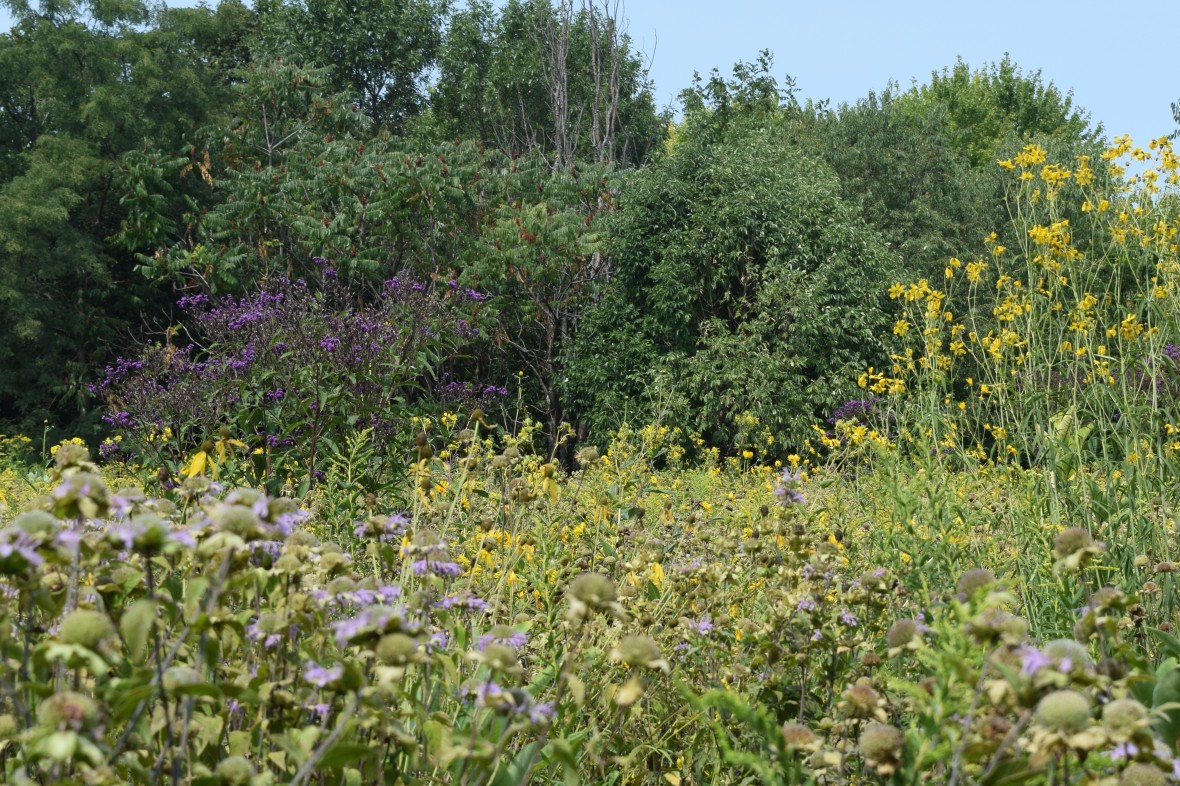 A clump of some sort of Ironweed (Vernonia) stands tall to the left, and Prairie Dock (Silphium terabinthaceum) to the right.

A closer look at the Ironweed.

Some of the Wild Bergamot (Monarda fistulosa) was still in bloom, but most had mature seedheads, which looked good against the tall spires of Goldenrod (Solidago). 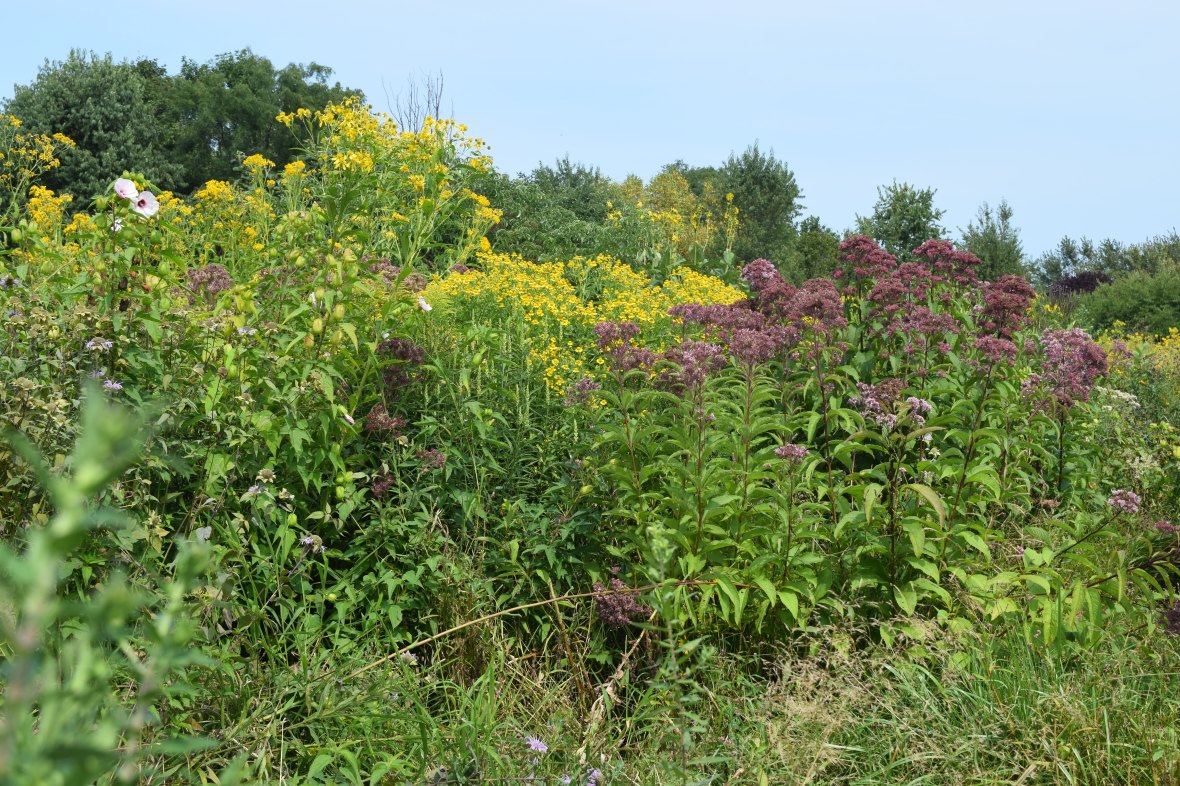 Sneezeweed (Helenium autumnale). I hate to admit this, but I think I prefer the various red-orange cultivars. Still, the straight species is a handsome plant. 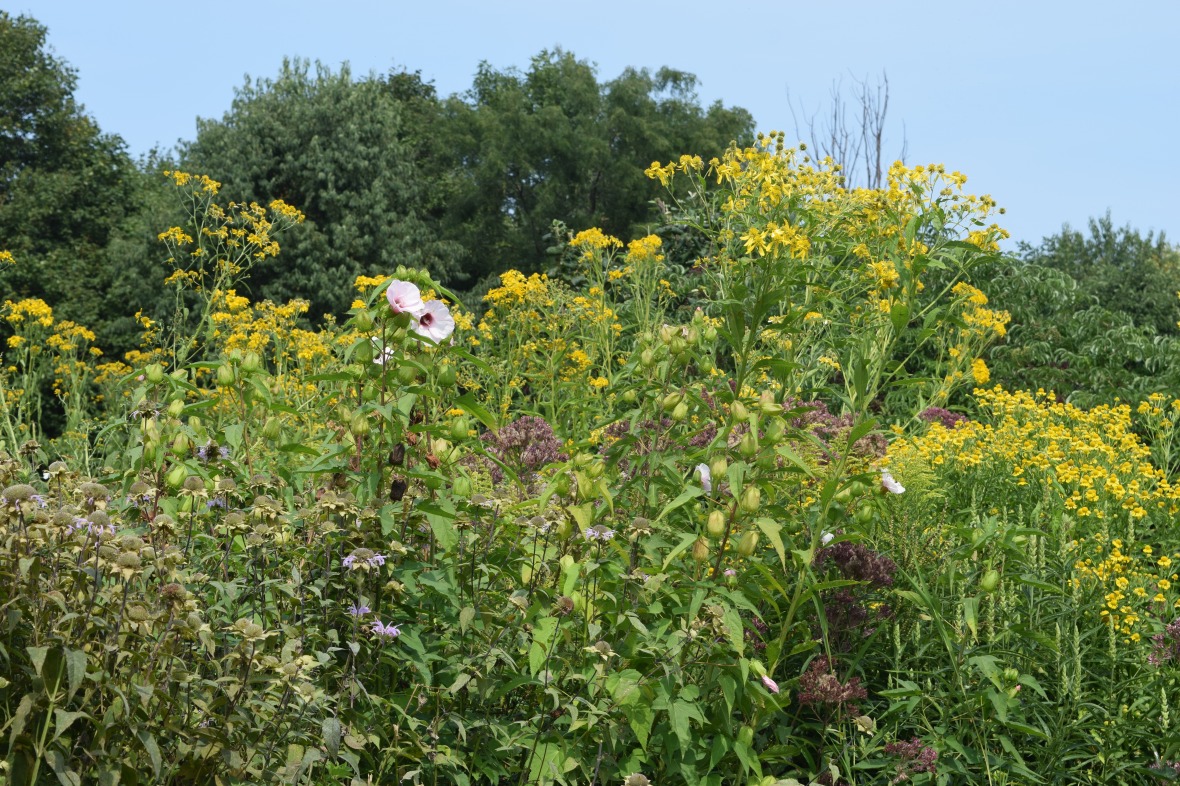 A single stalk of Rose Mallow (Hibiscus moscheutos?) looks rather lonely among the masses of other flowers.

There was plenty of Common Milkweed (Asclepias syriaca) with fat seed pods.

On the north side of the sanctuary you will find an area of restored beach habitat. You can also see the high rise apartments of North Lake Shore Drive and the office buildings of downtown Evanston.

Now that we know what it’s like, we intend to make up for lost time by visiting the Montrose Point Bird Sanctuary several times each year.