The Susans Are Here!

The Susans always make their presence known in August. There’s Black-Eyed Susan (Rudbeckia fulgida), also known as Orange Coneflower. And then there’s Brown-Eyed Susan (R. triloba), which I like to think of as R. fulgida’s big sister.

These are flowers meant to be grown in masses.

The Susans have pretty much taken over the Parkway Bed in August and September.

And Brown-Eyed Susan makes itself comfortable in the shadier area at the base of the Hackberry tree (Celtis occidentalis).

Brown-Eyed Susan grows to 4 or 5 feet tall in our garden, at least twice the height of R. fulgida. . In the Parkway Bed, though, I cut Brown-Eyed Susan back hard because I don’t want anything to get too tall. It responds quite well to this treatment.

In the Sidewalk Border, though, Brown-Eyed Susan gets to reach its full height. It needs support to keep from flopping. 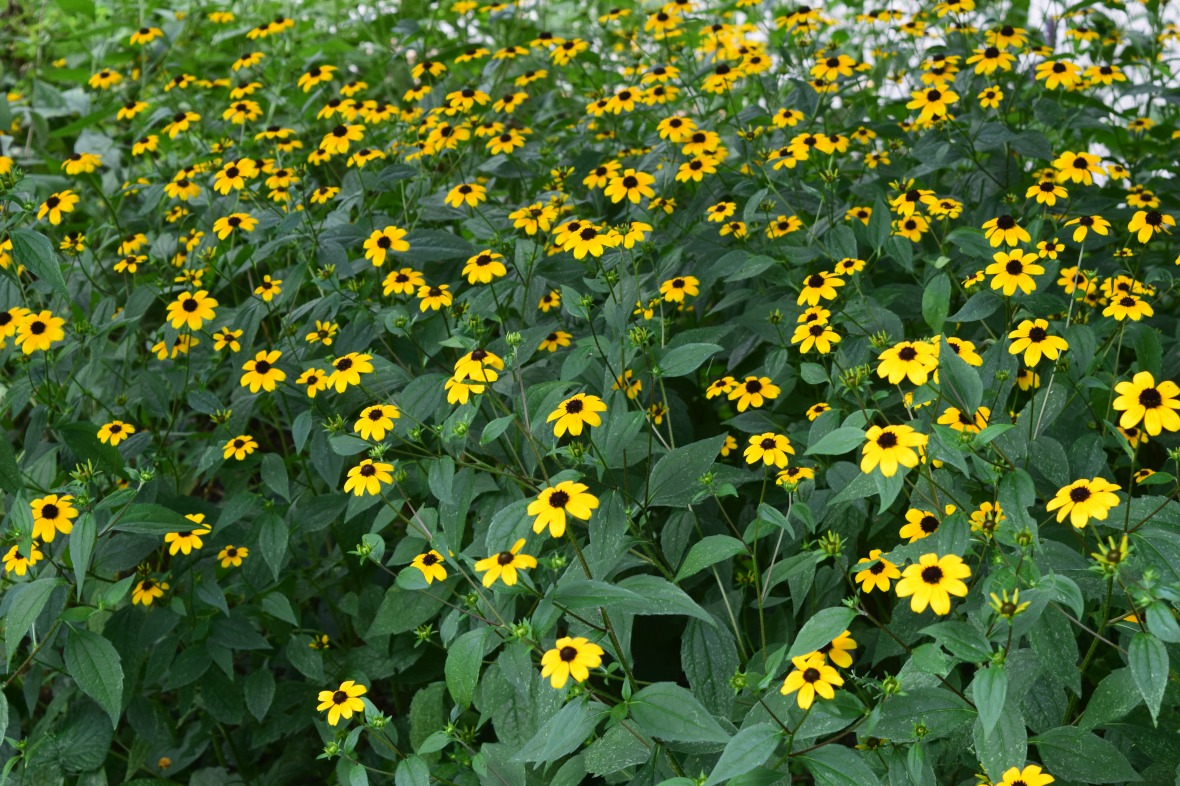 R. triloba flowers are smaller than R. fulgida, but they come in glorious masses. Brown-eyed Susan has a lighter, airier feel than its shorter relative. 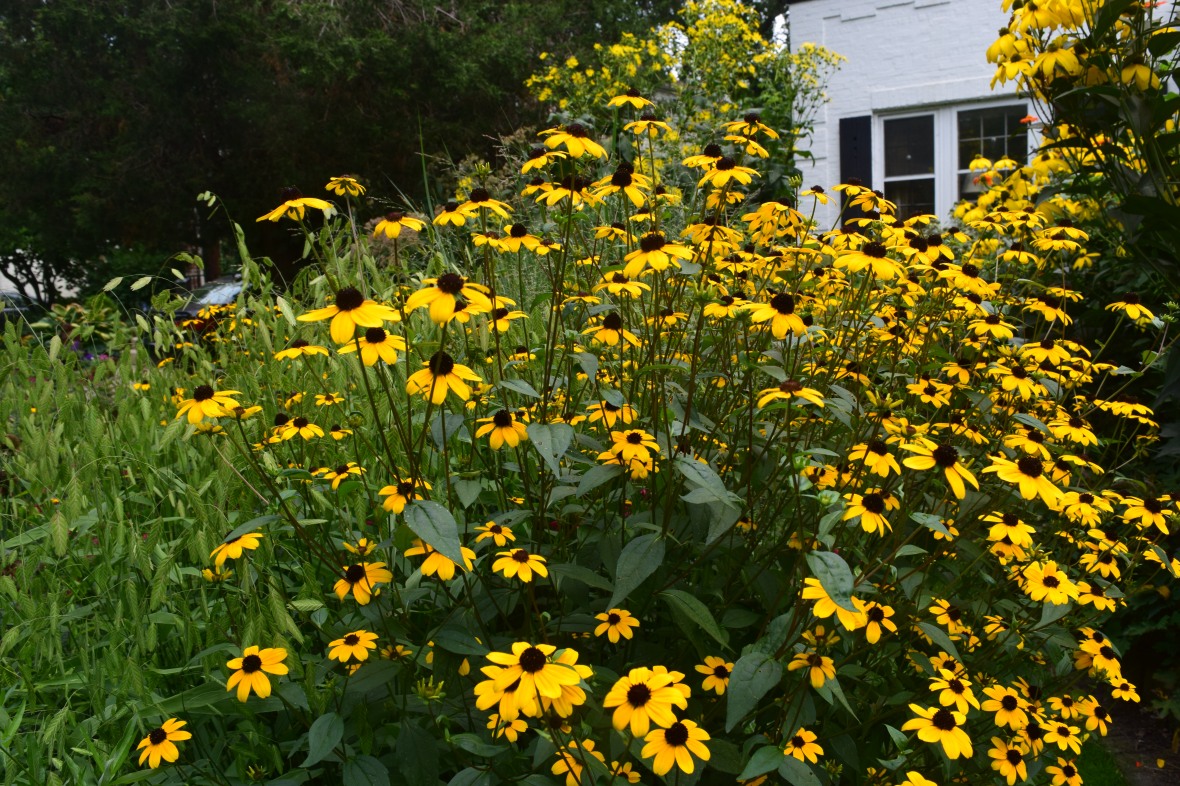 Both of these Rudbeckias have rather nomadic habits, especially Brown-Eyed Susan. It self-sows readily but also tends to be fairly short-lived, so you will find it disappearing over here but then popping up over there. Black-Eyed Susan is more of a steady expansionist.

Neither of these plants need coddling. They like moisture but will tolerate dry soil, and R. triloba can live with quite a lot of shade.

Native bees like the Susans. And birds reportedly like the seeds, though I have rarely seen Goldfinches and their ilk feeding on these plants. I suspect that birds more frequently eat the seeds after they have fallen to the ground.

Some people find the Susans tiresome, mainly because R. fulgida is so widely used. This attitude is wrong-headed, in my opinion. Summer would not be the same without the Susans and their cheerful blooms.

24 Comments on “The Susans Are Here!”