This is shaping up to be a pretty good year for Clematis in our garden. After a short-lived Clematis wilt scare, ‘Multi-Blue’ has performed beautifully, its best year ever. 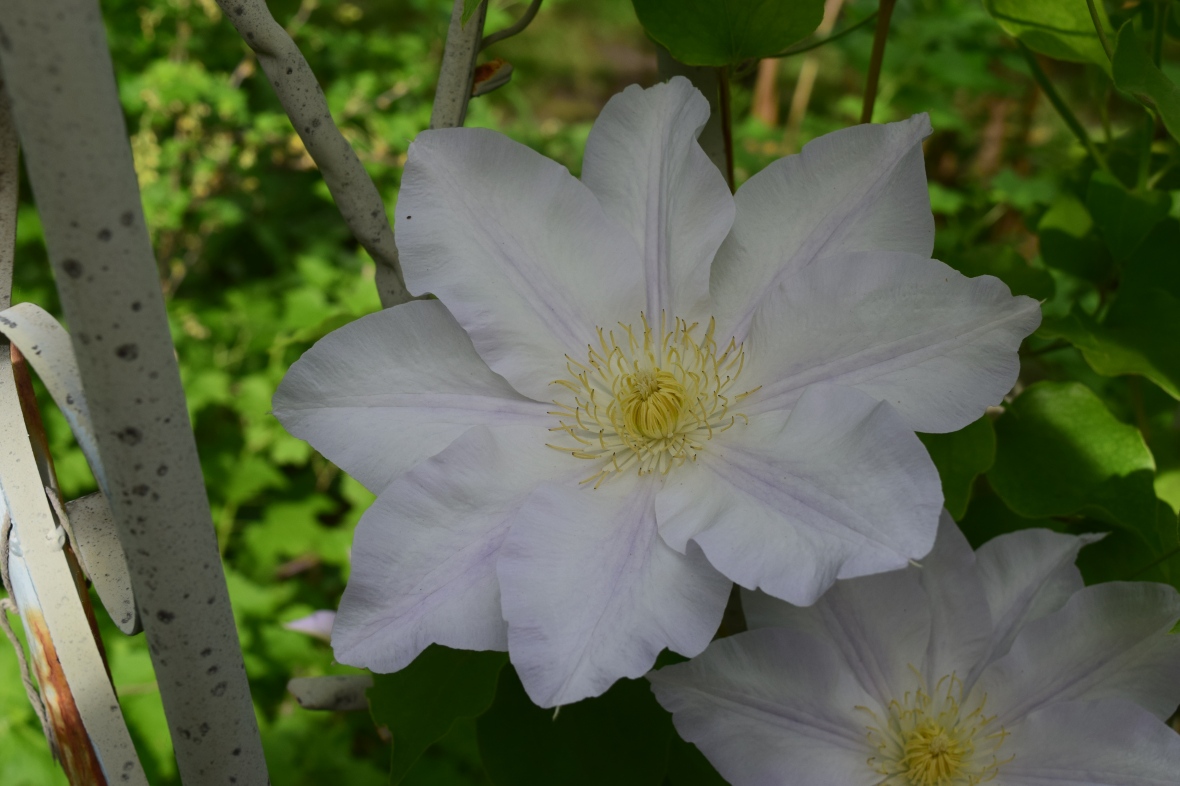 And the same can be said for Clematis ‘Blue Ice’, which was blooming lustily when I got back from out-of-town on Thursday. I planted ‘Blue Ice’ in the fall of 2013. For the following three years it very slowly increased its flowering. But this is the first year it’s really been covered with blooms. 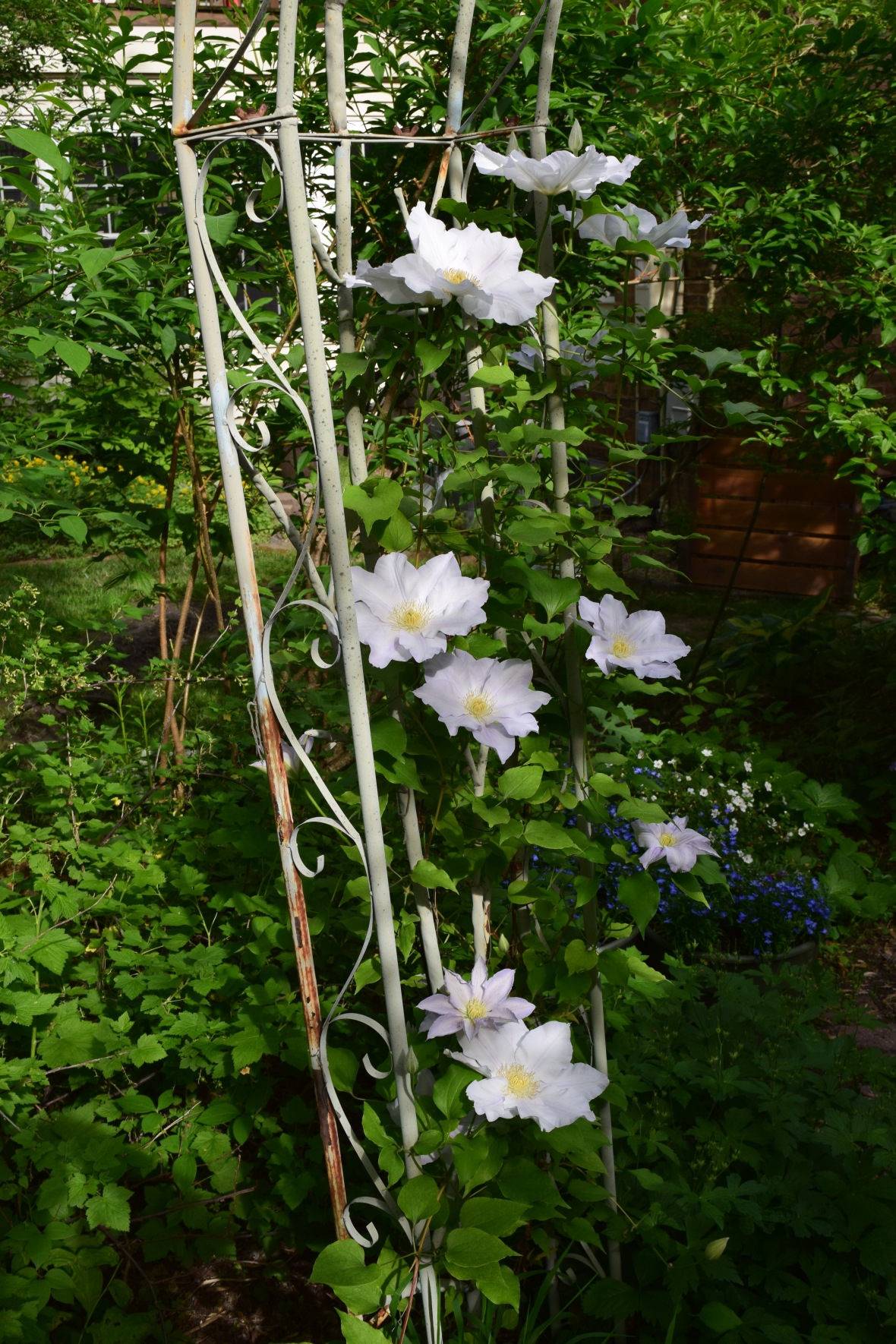 Being a bit slow to establish is the only criticism I can really make of ‘Blue Ice’. It tolerates part shade pretty well and requires minimal pruning. 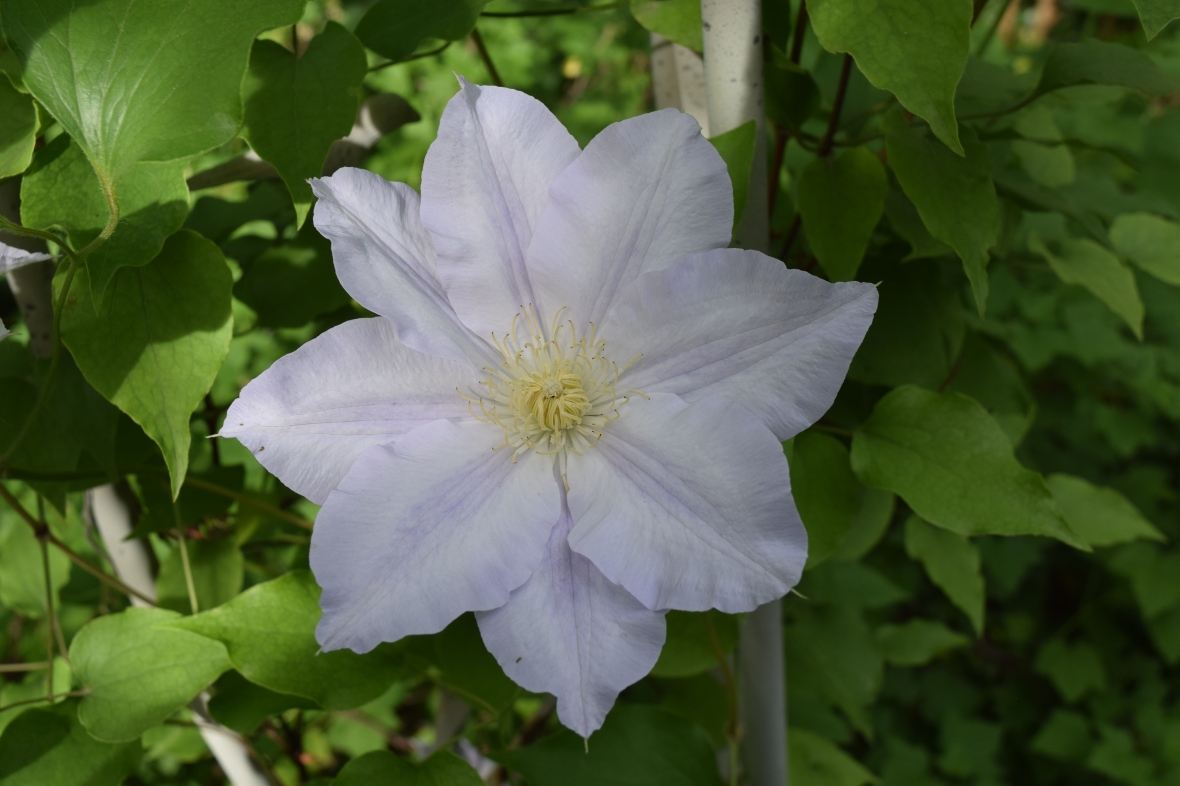 The flowers are just exceptional. A good six inches wide or even bigger. It starts pale blue, but with lavender ribs down the center of the sepals. (Clematis have sepals, not petals. What’s the difference? Not really sure, but one of us could google it and find out.) 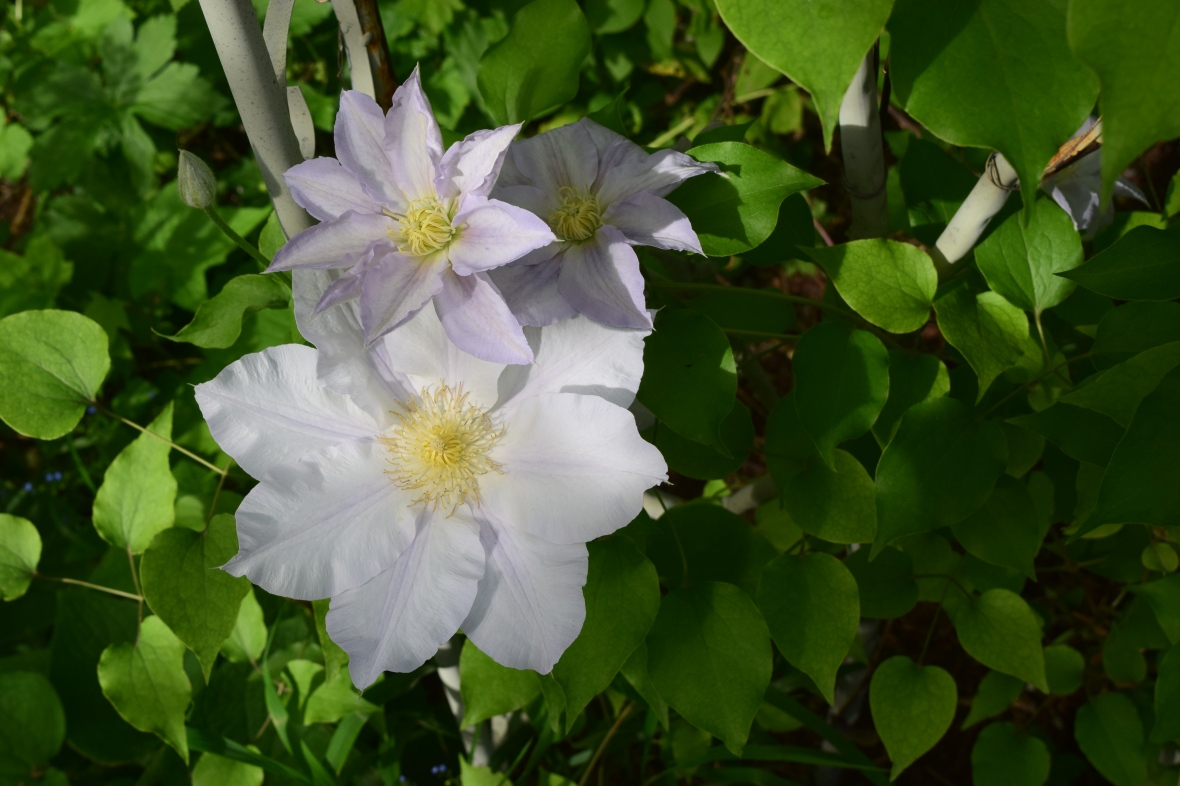 Anyway, as the flowers age they fade from pale blue to almost white.

I’ve read that ‘Ice Blue’ is very long-blooming. It starts off on the previous year’s growth, then blooms again on new growth later in the year. This hasn’t happened yet with our ‘Ice Blue’, but maybe this will be the year. I’ll keep it deadheaded just in case.

‘Ice Blue’ is not one of those monster vines – it tops out at 6 feet, making it a good fit for trellises and containers.

Of course, it’s the performance of the Clematis jackmanii that will set the overall tone for our year in Clematis. Last year I cut C. jackmanii back in the summer to get a second flush of blooms, as advised in a book I had just read. Unfortunately, the cutting back experiment was a flop.

It could be my imagination, but the C. jackmanii doesn’t look quite as vigorous as it did last year. Could last year’s cutting back have something to do with that? We shall see.

← Could Sleep-Planting Be A Thing?
More Partners for Golden Alexander →