Another garden we saw in Japan is called Okochi Sanso, near the Arashiyama Bamboo Forest on the outskirts of Kyoto.

Okochi Sanso was once the home of a Japanese movie star, Denjiro Okochi. 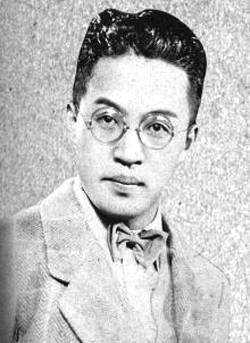 Who is that, you ask? Well, if you’re a fan of silent Japanese Samurai movies, you wouldn’t have to ask. He was a leading actor in films for more than 30 years starting in the 1920s. He was particularly well known for his acting in a number of Samurai sword fighting movies.

His home is now open to the public, though there is an admission fee of about $10.

I was trying to think if any deceased American movie actors left a garden as part of their legacy to the public. Couldn’t think of any. We need more famous movie actors to be known for their gardening.

This is a garden built on the slopes of a mountain and much of it is on a pretty steep incline. 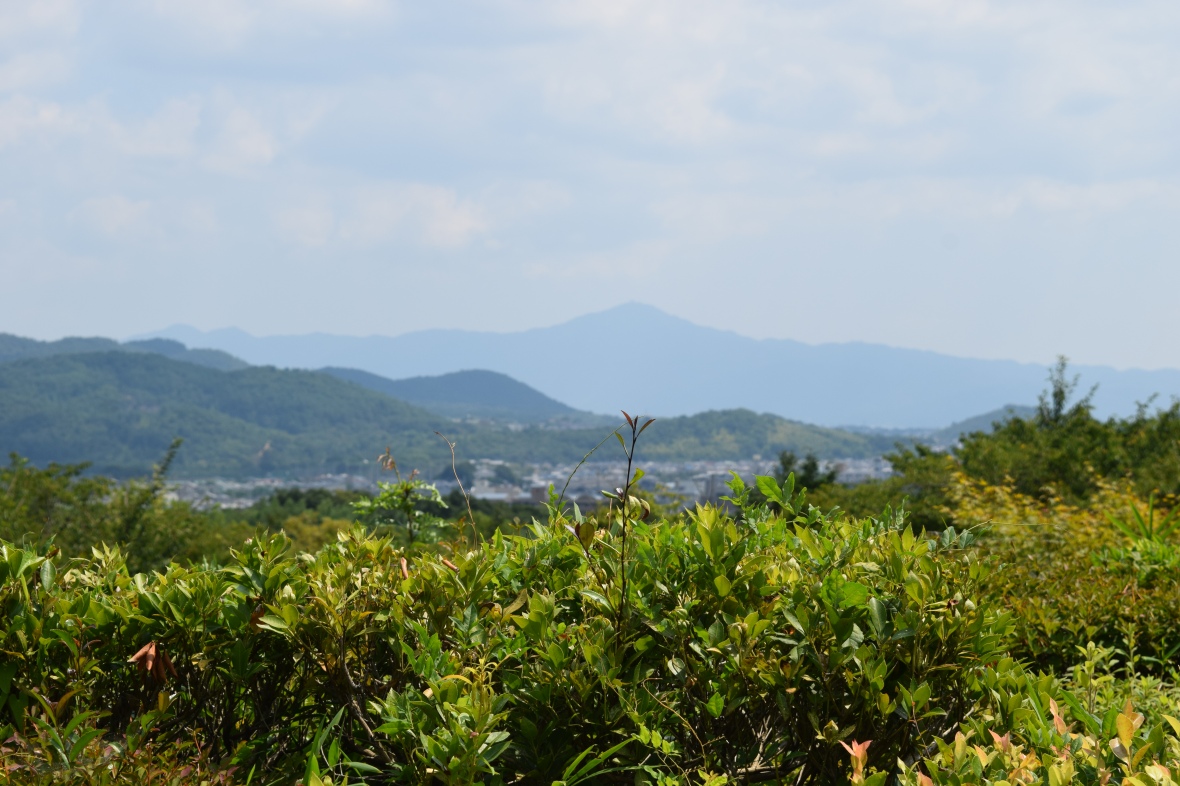 What I remember best about this garden was how it used views of the surrounding terrain to create a feeling of majestic spaciousness – though the garden itself is only about 5 acres. 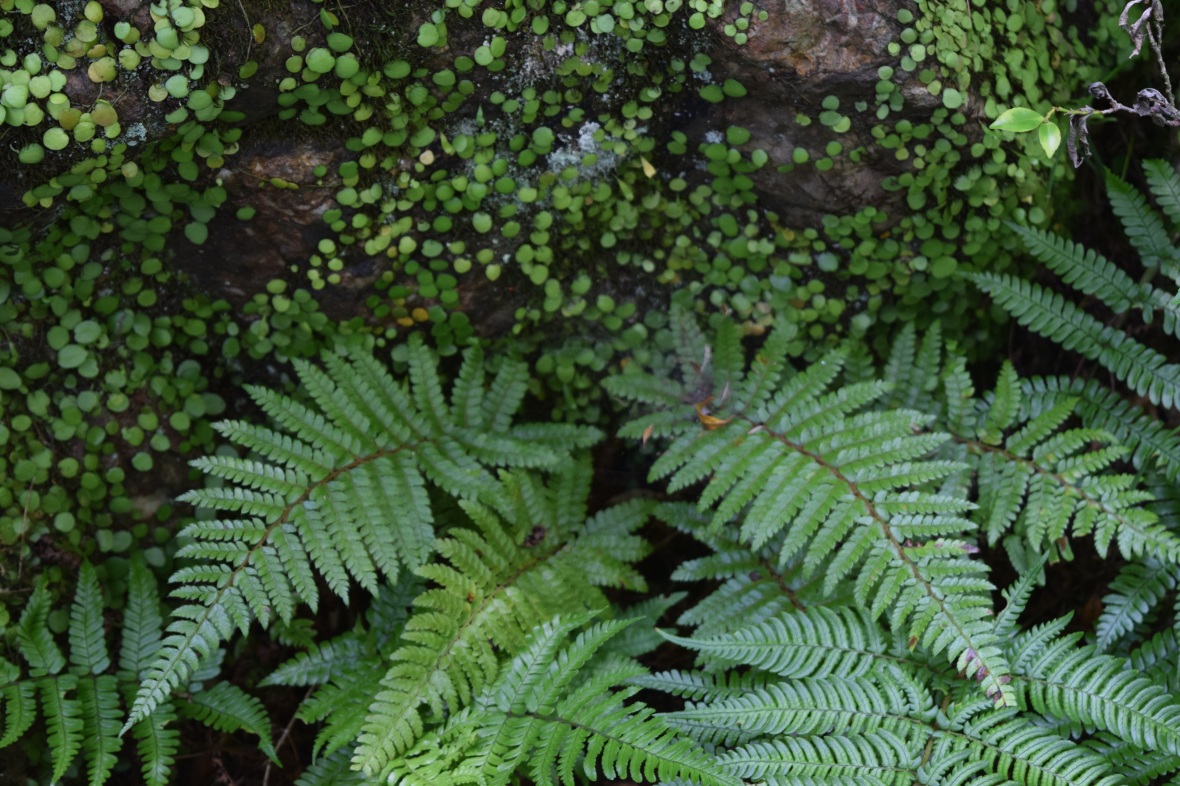 Most of the garden was wooded, and there were plenty of intriguing plants to examine if you looked down.

Dappled light combined with lush greens had a peaceful effect. 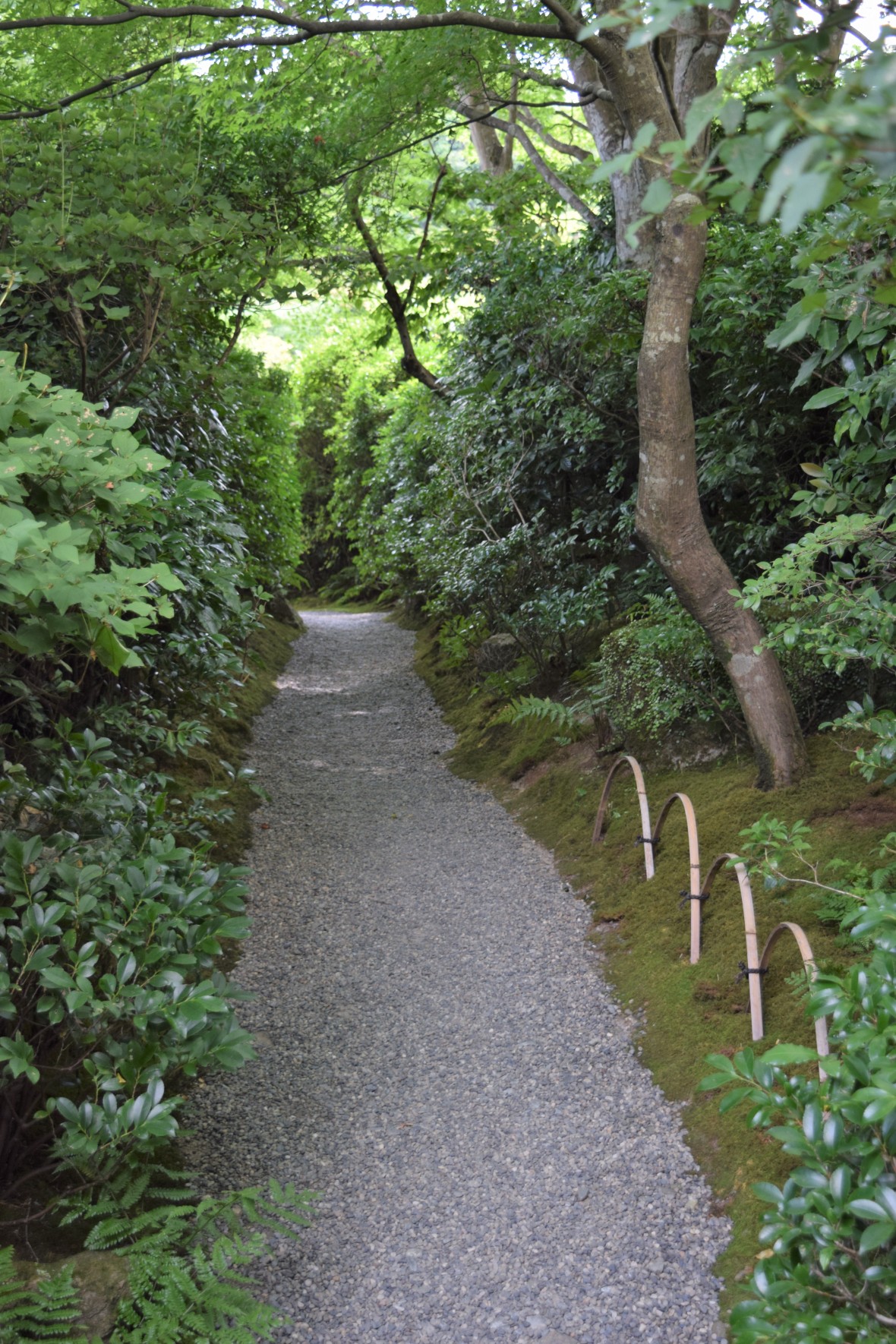 Broad vistas alternated with a sense of enclosure.

Denjiro included a number of Buddhist shrines as part of this garden. 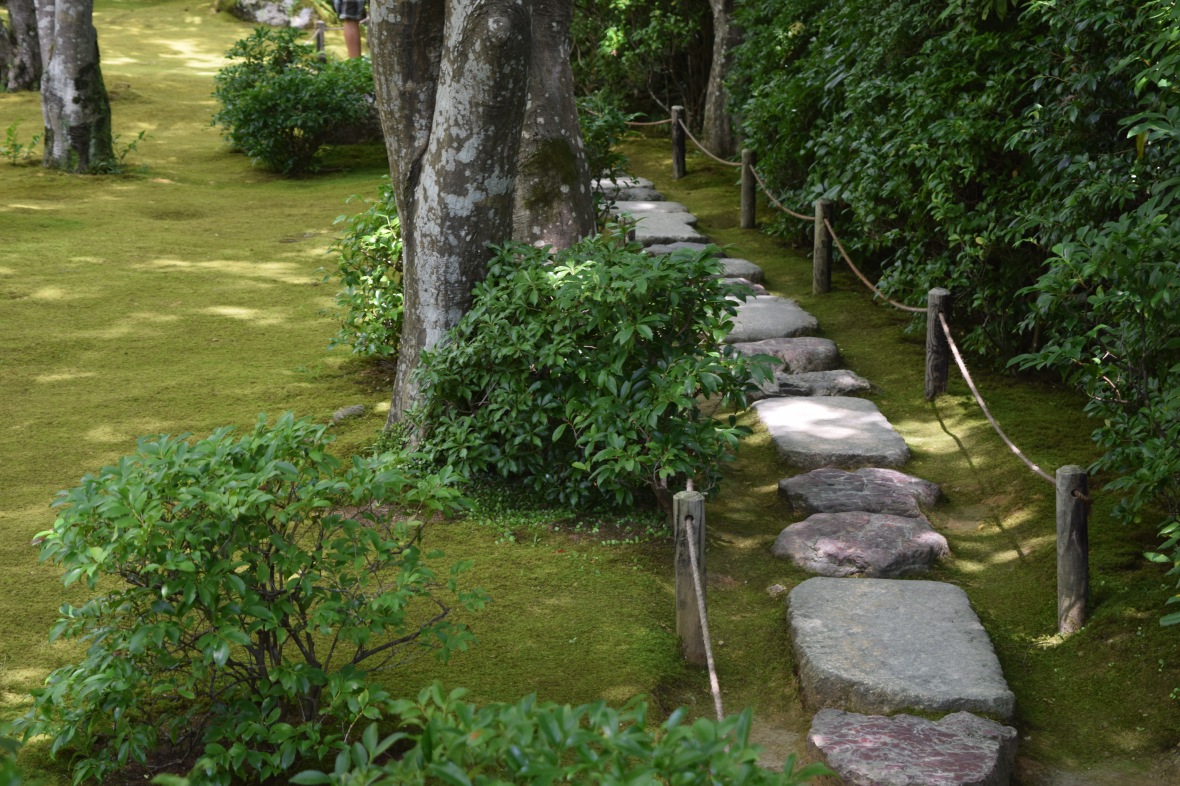 A large area was devoted to a moss garden. 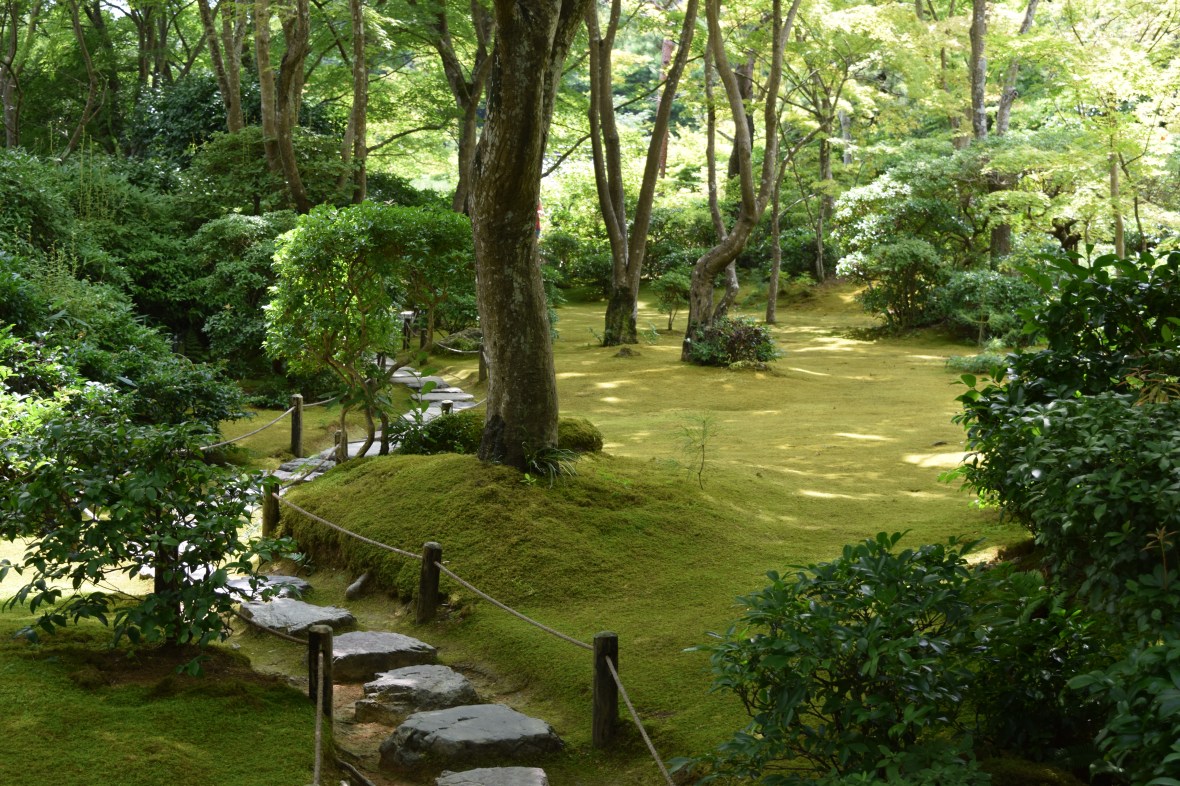 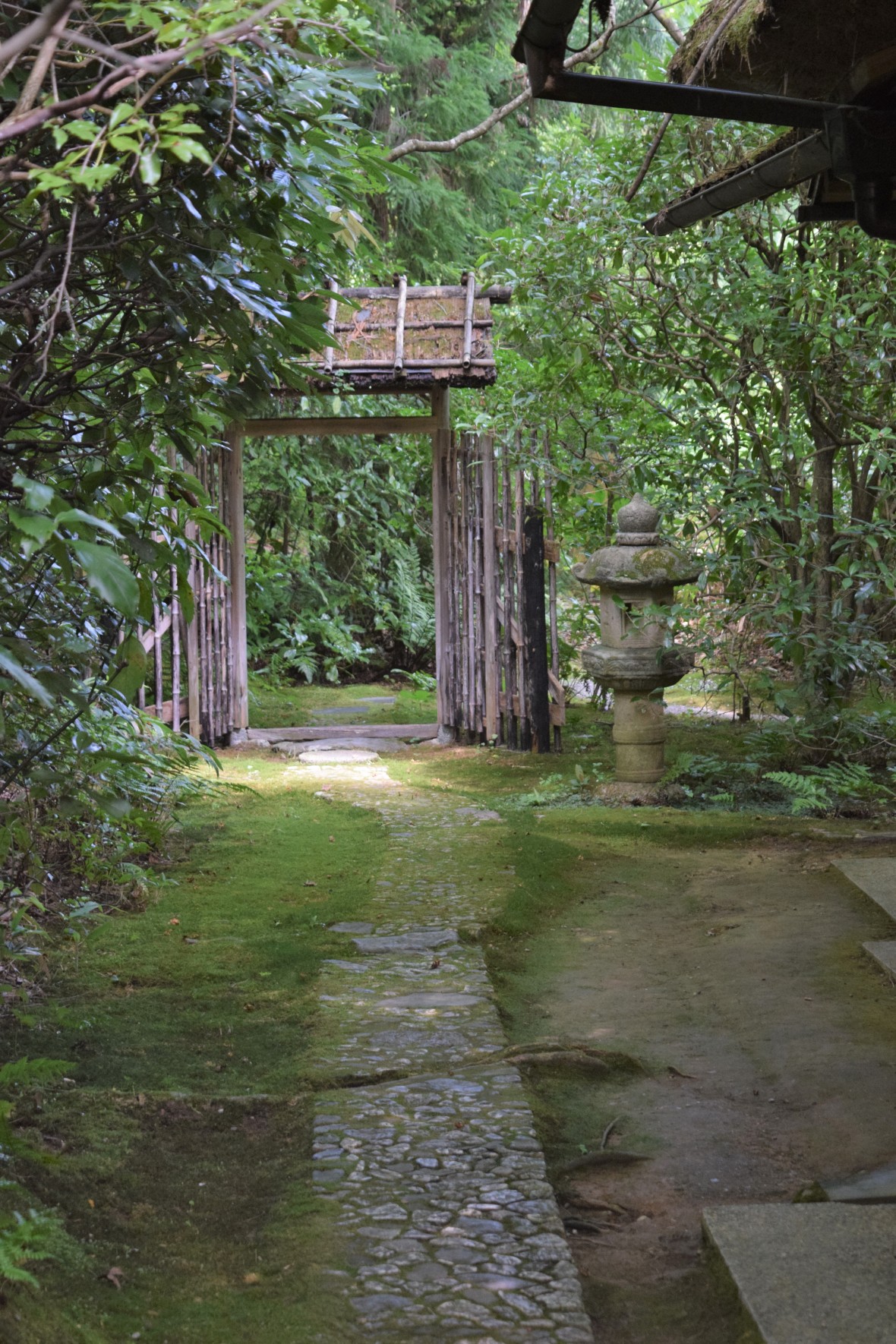 A good gate creates a nice feeling of suspense, doesn’t it?

This view consists entirely of property outside the garden.

Here’s the highest point in Okochi Sanso. A pavilion lets you rest and take in views of mountain, forest, and city. 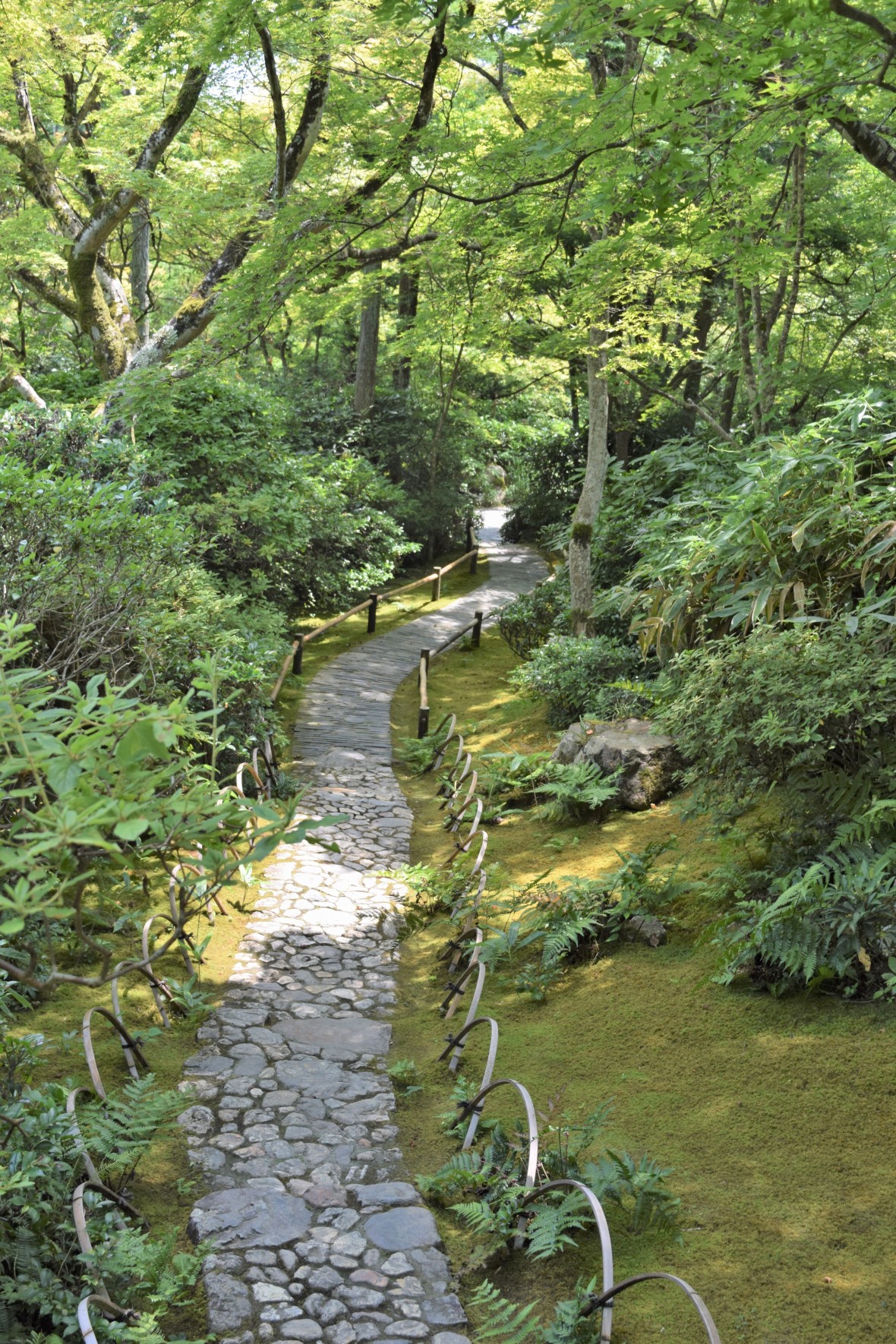 And now for the walk back down.

When you come to the end of the garden path, you are invited to sit on a porch and offered cold green tea and some sort of sweet.

You can sip your tea and look out at the bamboo forest.

I believe that’s the end of posts about our Japanese trip. Good thing spring is coming and stuff is stirring in the garden!