You Must Remember This …

Judy and I both found ourselves humming “As Time Goes By” a great deal during this past weekend. The tune just popped into both our heads almost simultaneously.

Which seemed like an odd coincidence, until I realized that the Oriental Lily ‘Casa Blanca’ was in bloom in the back garden. Clearly the flower provoked a train of associations, from ‘Casa Blanca’ the flower to Casablanca the movie, and to the song which features so prominently in the film.

Like the movie, the Lily ‘Casa Blanca’ is a classic. The flowers are large, gleaming white and richly textured. And that sweet, delicious fragrance – intoxicating!

While I lost several lilies in the sunny front garden this year, the ‘Casa Blancas’ in the lightly shaded back have been trouble free. Which is odd, since I always thought they needed full sun. 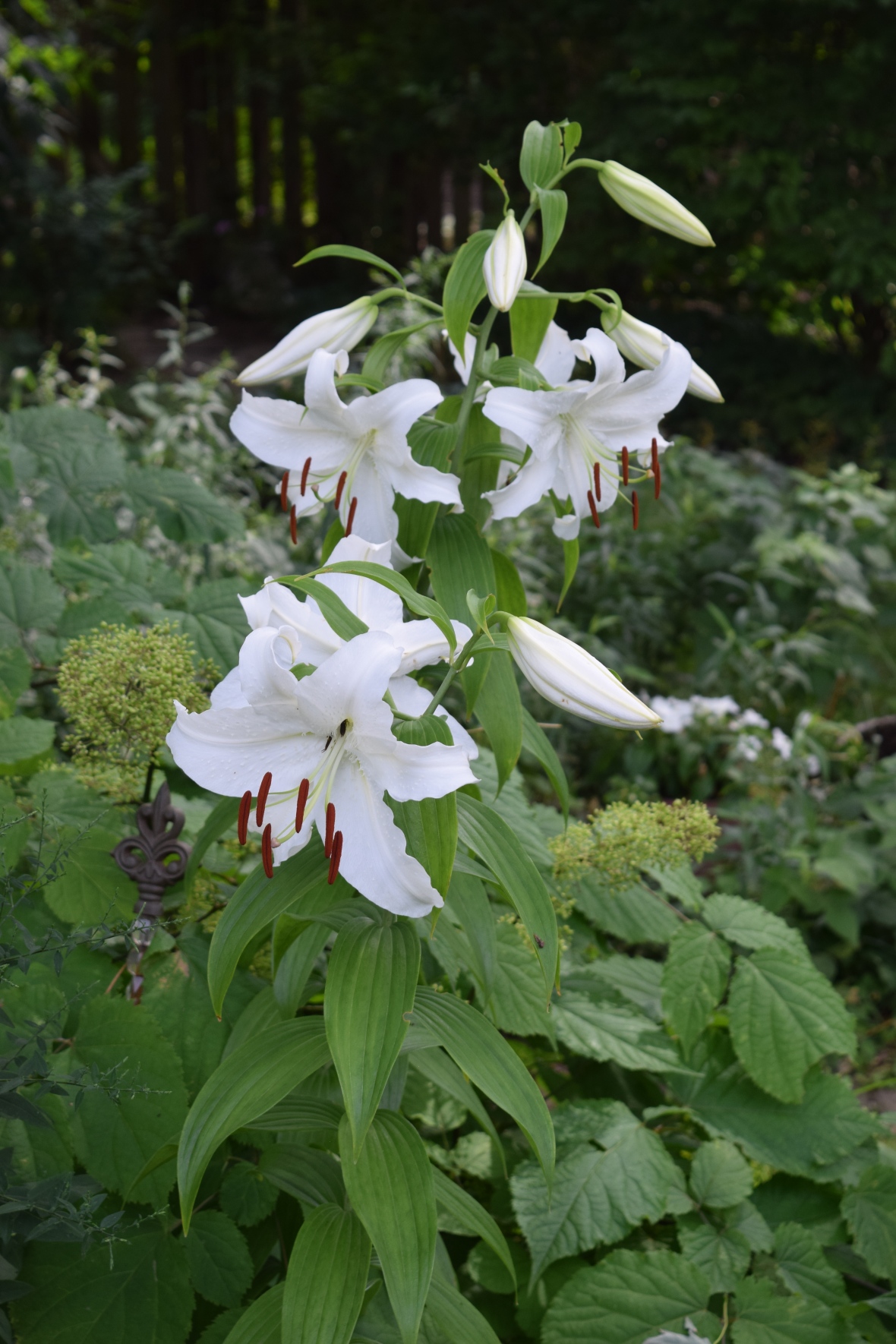 Incidentally, that plant in the background is the straight species American Spikenard (Aralia racemosa). An unconventional pairing, but it pleases me.

Clearly I need more ‘Casa Blanca’ lilies for the front garden. It’s on my list for fall planting.

In case you’ve never seen the movie or heard the song (hard to imagine), here’s a short clip. I apologize for any ads that may appear.

Here’s looking at you, kid.

52 Comments on “You Must Remember This …”