Wisley, I’m told, is the flagship garden  of the Royal Horticultural Society.  There are actually an amalgam of many gardens on its 240 acres.

However, I could have spent the entire day swooning over the two ebullient mixed borders that seemed to go on forever, combining shrubs, perennials, grasses, and vines. Sometimes these borders seemed like a multi-colored patchwork of gentle mounds –  interrupted occasionally by grasses and shrubs emerging with dramatic height. So many combinations of colors, textures, and shapes create an almost ecstatic sense of immersion. 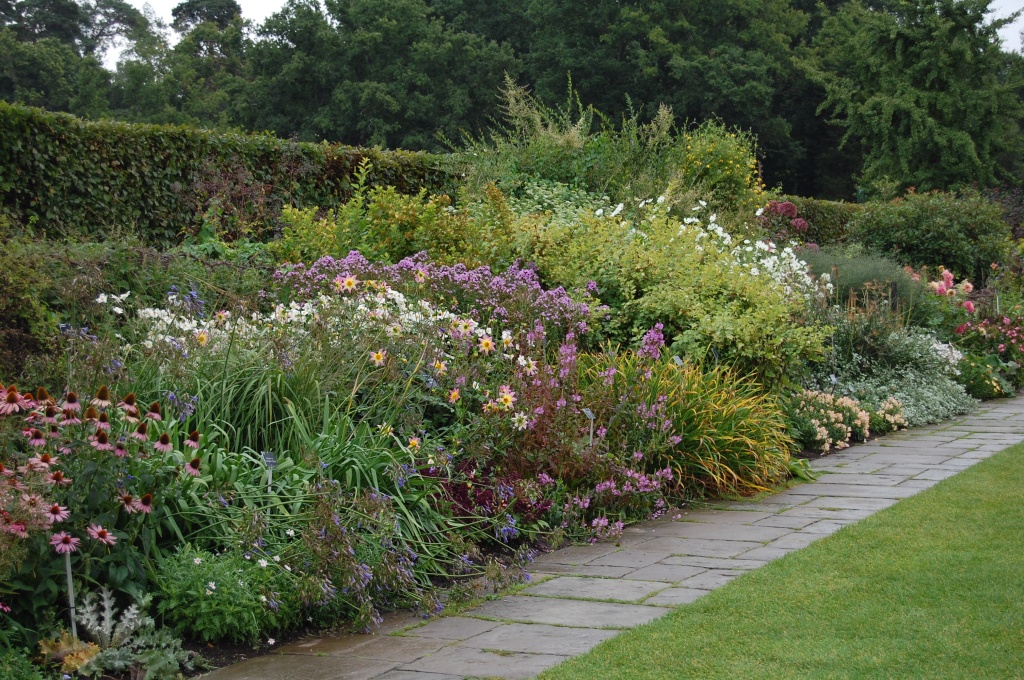 I like the mix of white with pink and purple in this section, along with the contrast of foliage textures. 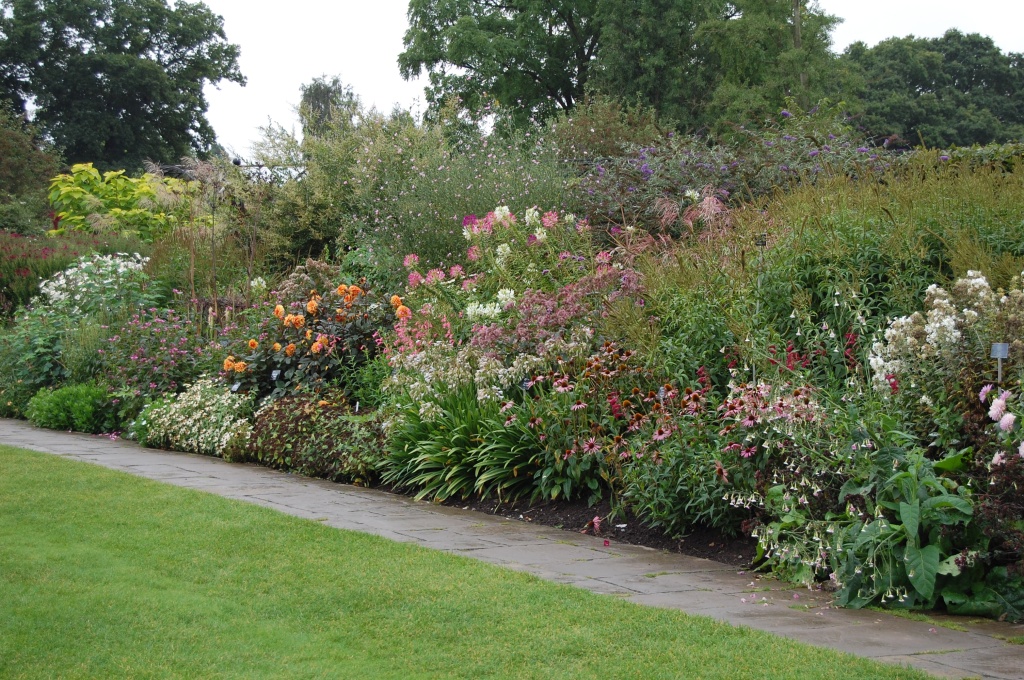 A clump of orange Dahlias provides a bit of excitement.

I also love the red dahlias next to the blue Agapanthus. Vines added to the imposing verticality of the mixed borders. The white flowers to the left of the Agapanthus is Sweet Autumn Clematis, I think.

Ornamental grasses were mixed in rather sparingly, I thought, though there were certainly some dramatic specimens and some lovely Pennisetum. 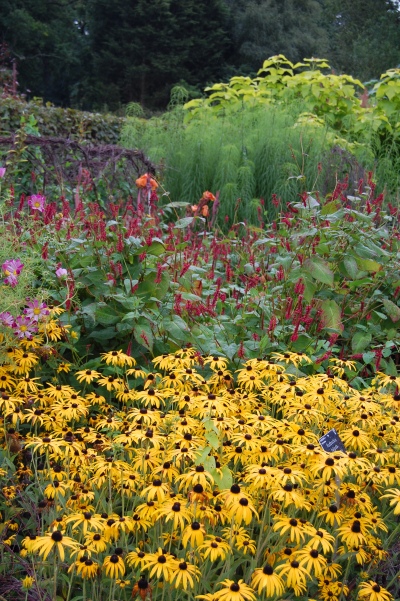 Rudbeckia’s orange daisies combine well with the red spikes of the Persicaria. 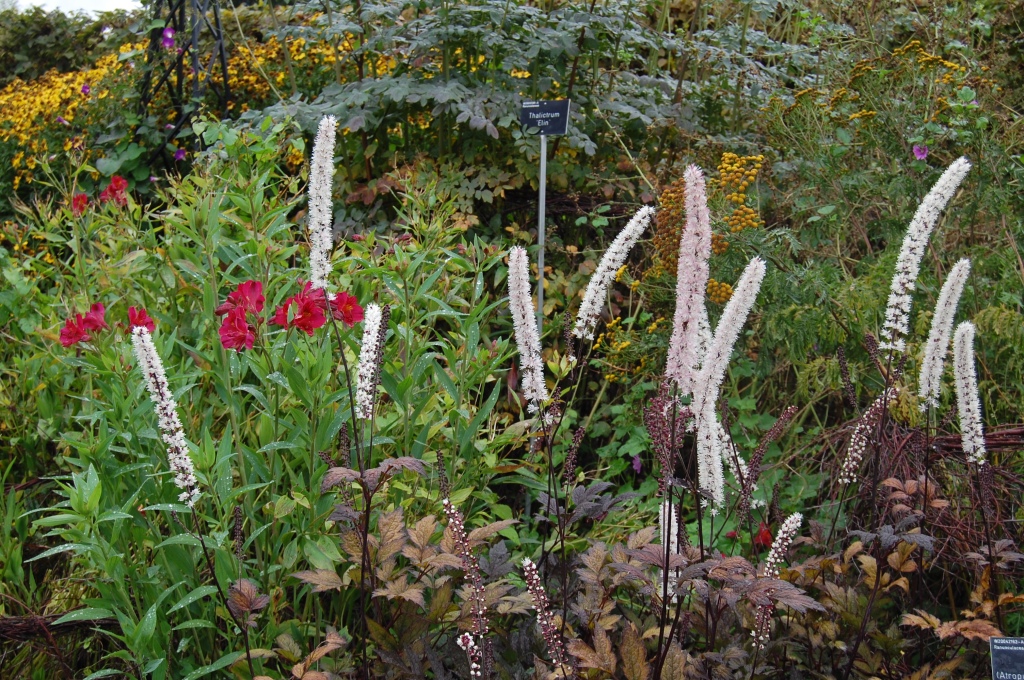 There were other gardens adjoining the long borders. This one had lots of lavender and a fountain. 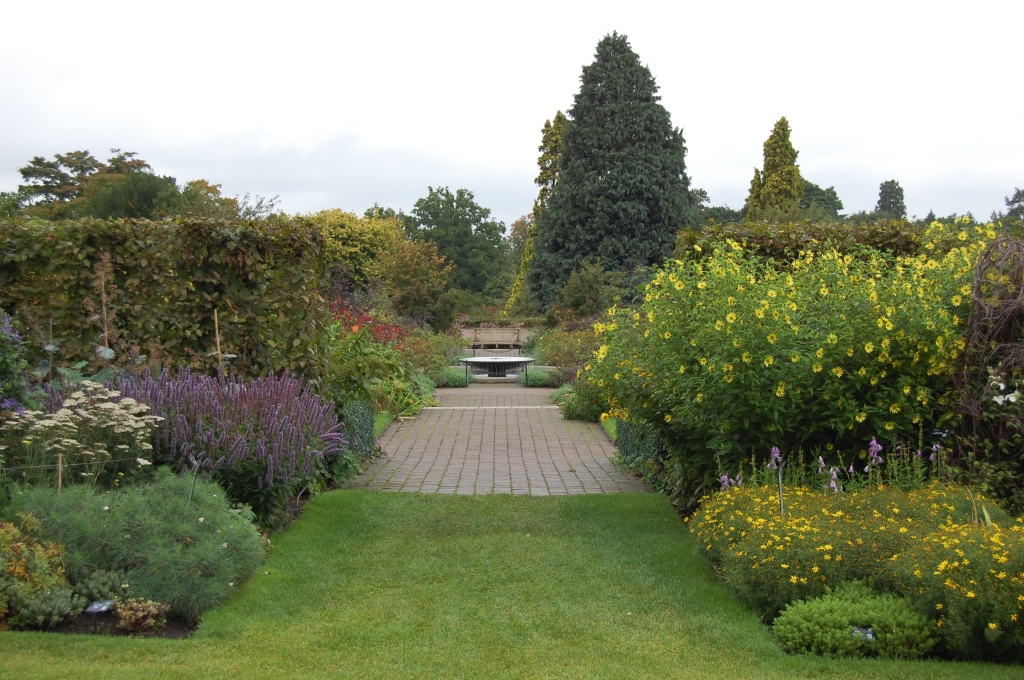 Loved the Sunflowers with Agastache standing opposite each other. 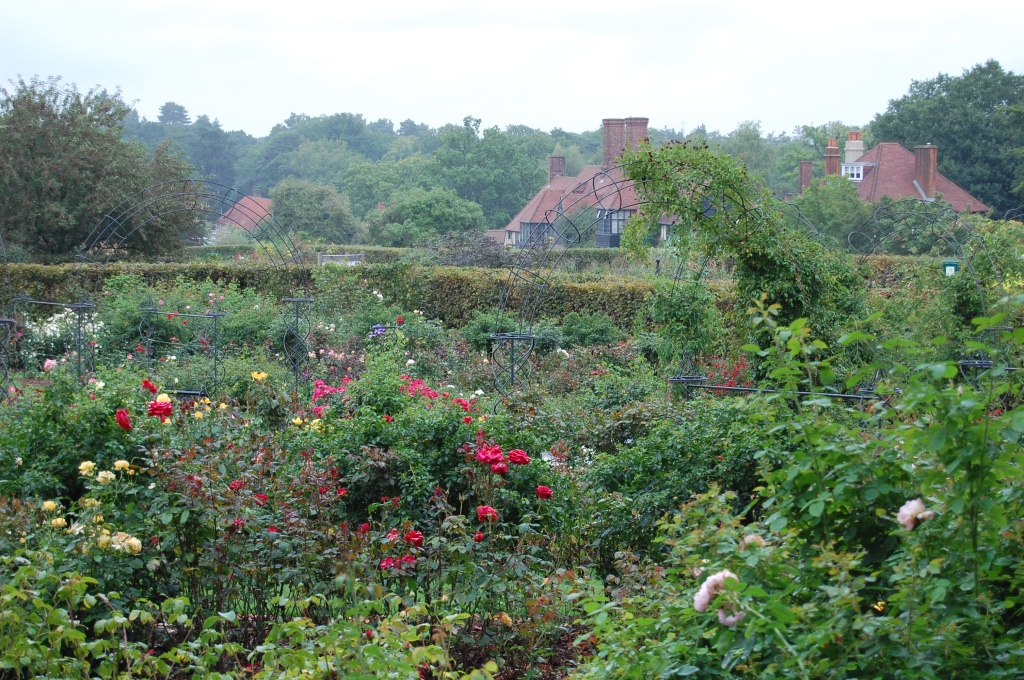 There was a rose garden, of course.

Tramping through all these gardens took a lot of energy, but fortunately John and Pauline kept us well fed. John in particular took delight in cooking full English breakfasts – bacon (which is more like American country ham), sausage, eggs, toast, tomatoes, mushrooms – all on a single plate. It’s fair to say we did justice to these meals. 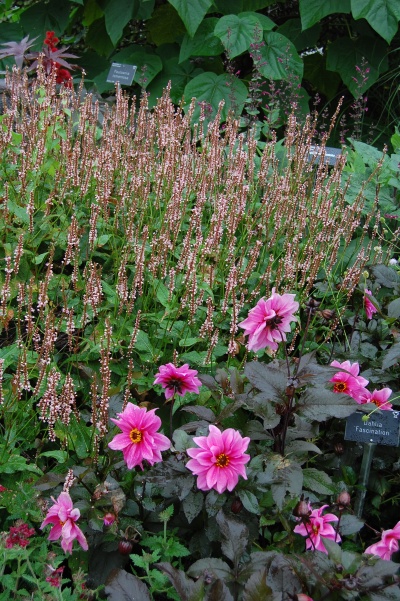 He also made a point of serving us black pudding one morning, feeling it was an essential part of our English experience. Black pudding is made with pig blood and looks rather menacing, like a glistening black hockey puck. Actually, it is full of oatmeal and has more the consistency of cake. In fact it tastes slightly sweet, with hints of cinnamon and cloves.

I decided I couldn’t do justice to RHS Wisley in a single post, so there will be another post soon on other parts of the garden.