My Asiatic lilies are approaching their peak. I ordered 50 lily bulbs eight years ago and planted them around the dripline of an old eastern red cedar that I had limbed up. This was a silly thing to do, I later realized, as the lilies struggled with the competition from the cedar. Eventually I removed the cedar and replaced it with a much smaller crabapple tree. Subsequently, the lilies started naturalizing and looking much better. 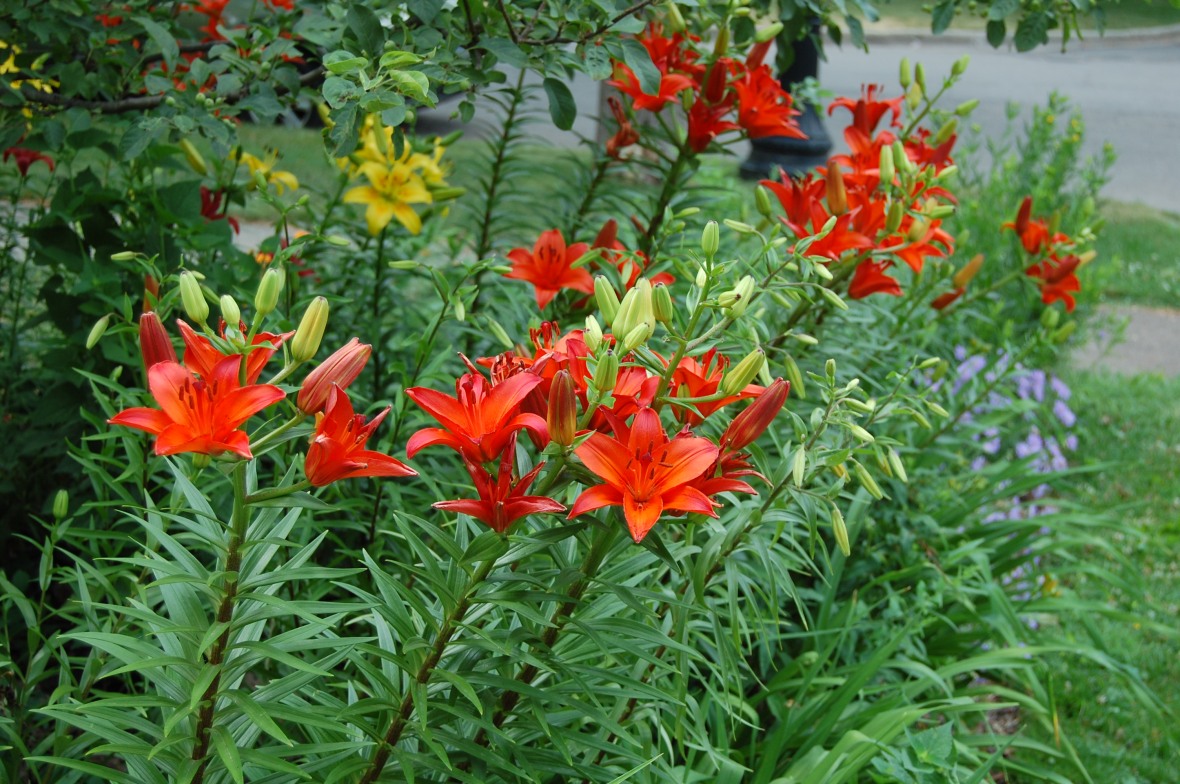 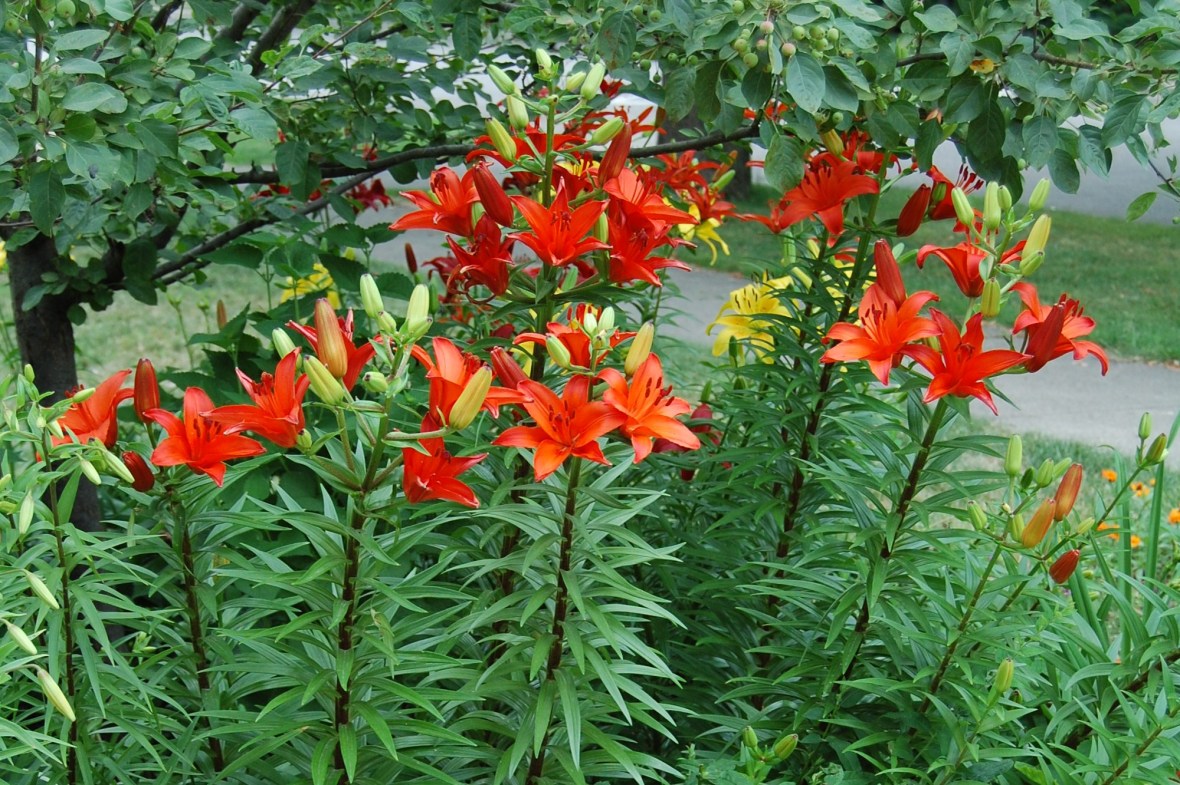